I didn’t know how much I needed The Wiz Live! in my life when it premiered December 3.
I just though it looked kinda cool. Having Queen Latifah, David Alan Grier, Mary J. Blige and Ne-Yo attached to the project didn’t hurt, either.
But when a video was released of Stephanie Mills, the original Broadway show’s Dorothy, singing “Home” with newcomer Shanice Williams at a piano, I was sold.
“Sing, Shanice,” Mills said, in that familial tone of encouragement and affection that felt straight out of church.
And “Home,” with its aspirational runs and lyrics that envision a lost soul wishing for “a place where there’s love overflowing,” looks back to the liberation theology of the black church and its spirituals.
When Mills, as Aunt Em, sang the first iteration of “Home” in The Wiz Live!, I nearly put up my praise hand. 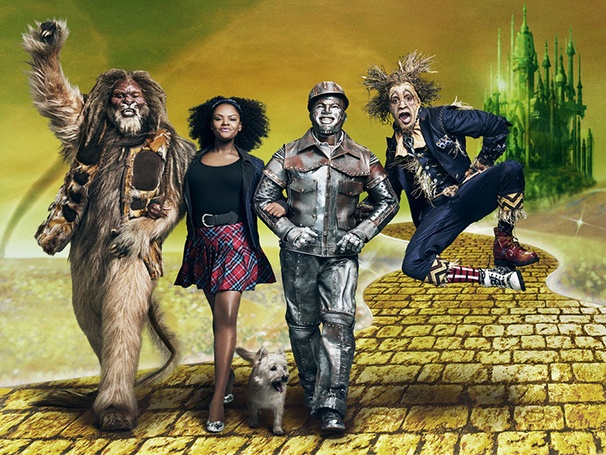 The rest of the show really didn’t disappoint, either: Grier showed off his Yale School of Drama training as a Lion whose quivering muzzle made me laugh every time; Williams sang well; Broadway ringer Elijah Kelley’s frenetic motions had me thinking Scarecrow could come apart any minute; Ne-Yo’s countrified Tin Man had strength and pathos.

I enjoyed the show despite the frequent commercial breaks stretched the production beyond 2 1/2 hours, and at times the camerawork distracted with bad close-ups and such, or that Mary J. Blige just can’t match Mabel King’s powerhouse vocals on Wicked Witch of the West Evillene’s “No Bad News.”

These are nitpicks amid the strong performances and the choices made in updating this blackified Wizard of Oz.
The Lion talked about getting “mollywhopped” (suckerpunched, if you didn’t know). Dorothy mentioned her “squad” and added a streetwise tone to saying she killed the Wicked Witch of the East. The crows terrorizing Scarecrow threw up a “my brother” to each other. 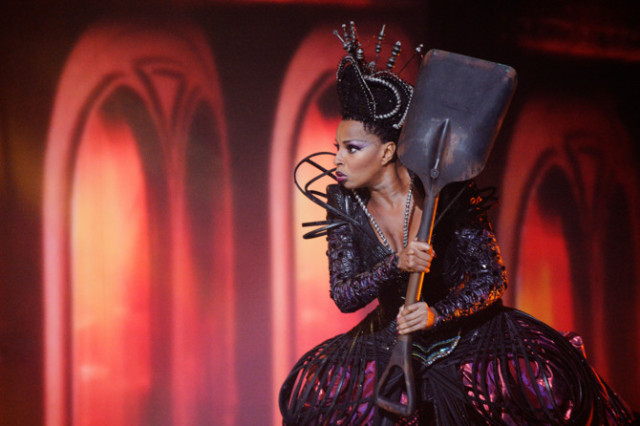 In the song-and-dance numbers, Dorothy dabbed on them fools, the crows did the nae nae, Scarecrow did the stanky leg, and Evillene (Blige) hit thegoddamn quan.
Like, what? So. Much. Unabashed. Blackness! And corniness.
And a blackness in its panoply, too. Nothing showed that more than the Emerald City itself. Refashioned into a house-blasting nightclub filled with fiercely vogueing men and women, bedecked in green glitter and lighting straight out of Tron and Oa. 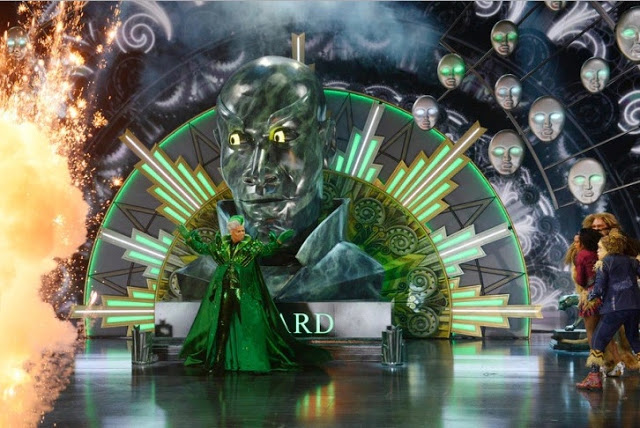 The overall queerness of Emerald City continued as Queen Latifah – no stranger herself to LGBT people and issues, despite never formally coming out – arrived as the very male Wiz, whose power seemed to come from his androgyny, looking like David Bowie by way of Parallax-era Hal Jordan. (F’real, Common was straight-up John Stewarting, yo.)
But the show then complicated the picture by, when the Wiz’s fraud is uncovered, showing that he’s very much a she – in a bathrobe, pajamas and slippers, no less.
Dorothy, our hero, performed in natural hair. At a time when more and more black women are declining to straighten their hair, when black women are asserting their own bodies within the Western beauty standard which prizes lighter skin, more slender bodies, and straight hair, when derisive comments about their hair are still happening.
We’ve seen more black women with natural hair in pop culture recently, from the rise of Lupita Nyong’o, to the entire cast of black-ish, to How To Get Away With Murder’s soul-baring wig reveal, to model Maria Borges sporting natural hair at the Victoria’s Secret Fashion Show. It’s amazing to see black hair, in its many forms, equated with beauty. 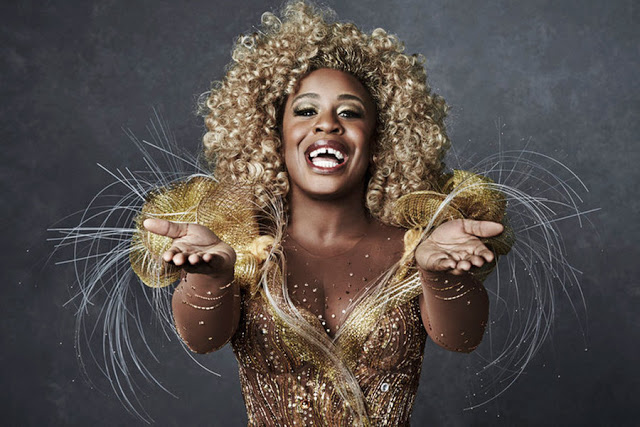 When Uzo Aduba (Orange Is The New Black‘s Crazy Eyes) descended from the sky in sunshine and pixie dust as Glinda the Good Witch, Dorothy called her beautiful. There Glinda stood, in Aduba’s dark skin and Nigerian (Igbo tribe, to be specific) features, her thick-framed, curvaceous body wrapped in sparkles.
They called her beautiful, and she told us to believe in ourselves.
I needed this. All of this.
Amid a year and a half of publicly aired black suffering – and its frequent dismissal – amid police brutality and college campus unrest, the hate crime church shooting in Charleston, and another round of mass shootings … I needed this.
I needed to see my people singing, beautiful and free, and getting to go home.

In this article:Musical, Race, Television, Wizard of Oz, Written by Marvin C. Pittman