For millions and millions of people on social media, he’s a potions master at a magical school whose love will never die.

For other, he’s the foil to John McClane in a Los Angeles high rise on Christmas Eve. To others, he’s a typecast actor from a defunct sci-fi show whose talents are better than the one line he is forced to repeat again and again.

And for a select few, he’s the Sheriff of Nottingham.

Alan Rickman died on January 14, leaving this Earth to watch the great David Bowie concert in the sky. The actor was best known for his roles as Severus Snape in the Harry Potter franchise and as Hans Gruber in Die Hard, but his ability to add charm to even the swarthiest of characters, add depth to any role and bring light and life to anything he touched made him loved by millions.

But he was more.

He was more than Snape. More than a man that gave McClane a machine gun. More than the only person that can do a proper English accent in Kevin Costner’s Robin Hood: Prince of Thieves. 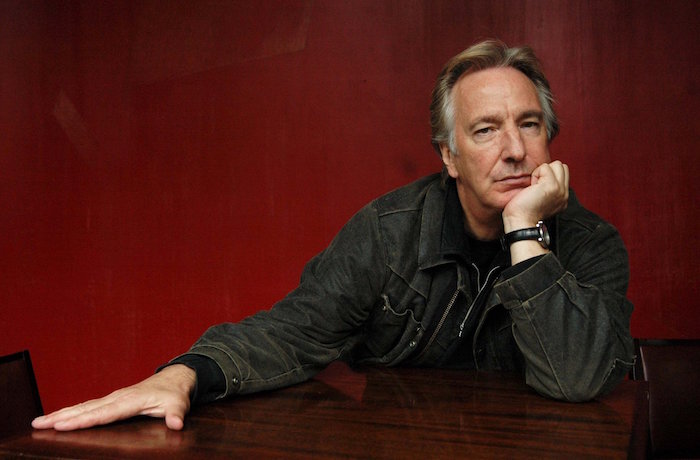 Here is a look back at the early career of Alan Rickman so you can get familiar with the man you already love and appreciate the climb he made to become an actor you adore.

People often make a big deal that Rickman didn’t get this first starring role until he was in this 40s, but they often forget that he was a bit player on TV and stage actor for many years before Die Hard came around. Here is a snippet from the ‘80s comedy Shelly.

Here is an itty bitty clip from Smiley’s People, a detective drama starring Alec Guiness with Rickman in a blink-and-miss-it part

Rickman stars with Donald Pleasence in this mini-series about a church scandal in a small Brit town. In this clip, a young Rickman sips tea and interacts with a baby.

So, Die Hard was actually not Rickman’s first movie. Shocking! It was actually Busted, a hard-to-find slightly awful movie about a jaded lawyer. Rickman plays Simon Jacks, a womanizing lawyer (barrister) who is attempting to help a buddy in jail. The events in his life cause him to go into full middle-life crisis mode. Hijinks ensue.