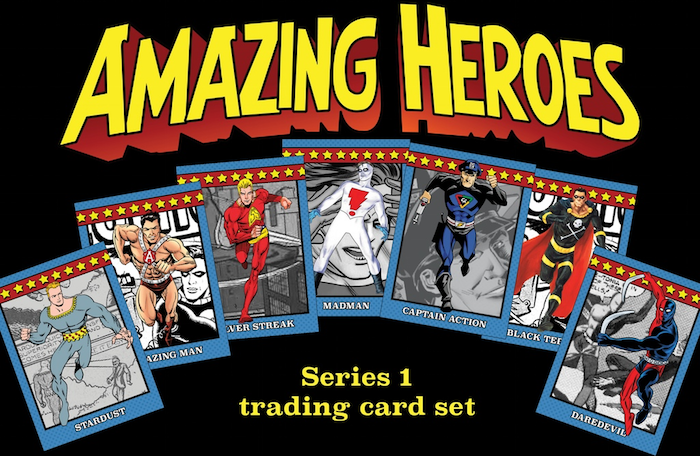 Amazing Heroes, Fresh Monkey Fiction’s Kickstarter-funded action figure line, is now up to become a trading card set. Accompanying the heroes new and old of Amazing Heroes is Captain Action–who gets his own exclusive pack of cards.

“I wanted to expand the Amazing Heroes story beyond the action figures,” The Drawn Word’s Christopher Irving says. “It was great to work with Fresh Monkey Fiction’s Bill Murphy on developing the mythology through the toyline, but I wanted to put together some extra fun before the Wave 2 Kickstarter campaign launches.” 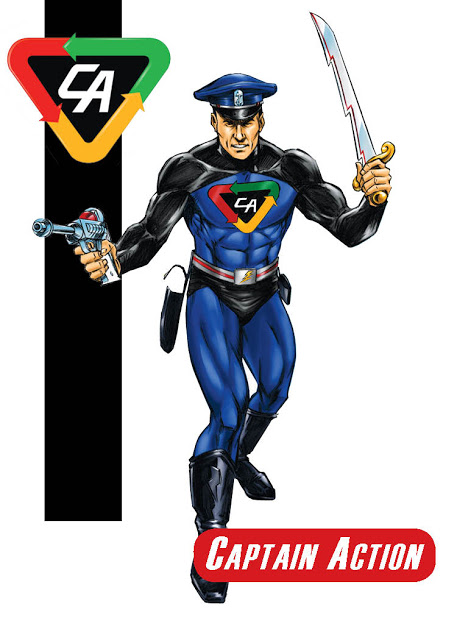 Right after the successful funding and publication of The Drawn Word’s Madman Comin’ Atcha 3D trading card set, Irving has launched the Amazing Heroes Series 1 trading card Kickstarter to take a deeper look at the toy line’s world and mythos. 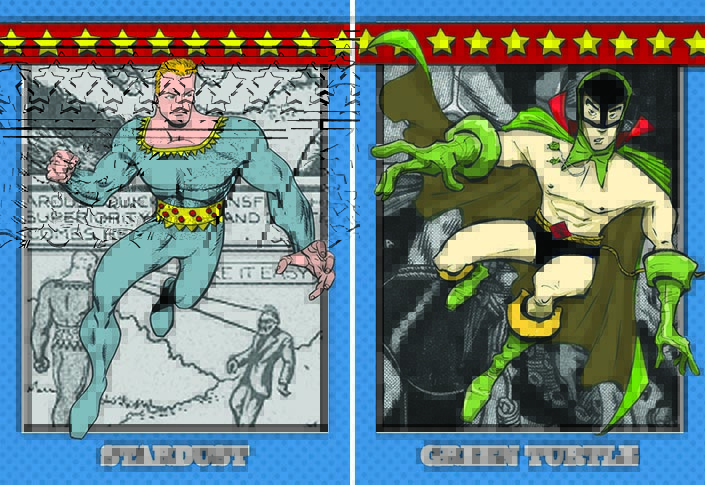 Backers can fund the 22 card base set, and also get the opportunity to purchase a hand-wrapped pack of Captain Action cards. This vintage style pack of cards features five cards of Captain Action and his friends (and enemy Dr. Evil), as well as a special bonus card. 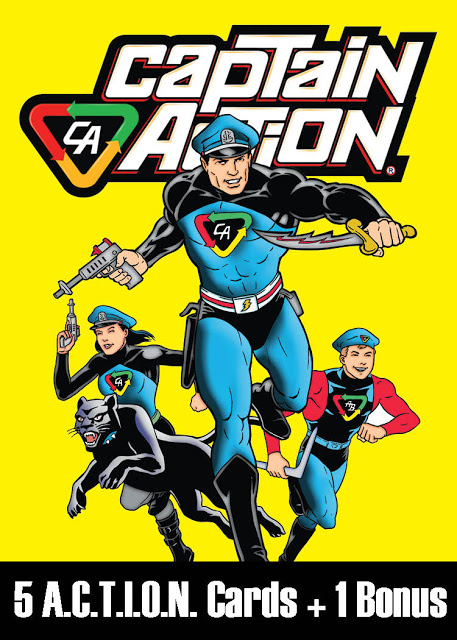 “In the sixties, Captain Action never had a set of bubble-gum cards…and now, as part of his 50th Anniversary Celebration –he essentially does!” says Ed Catto, Founding Partner of Captain Action Enterprises. “And thank goodness there’s no bubble gum included!”

There are also metal cards of Blackout from the upcoming Amazing Heroes Wave 2 line (and drawn by Thaniel’s Terry Huddleston) and a metal card of Captain Action as drawn by Paul Gulacy.

Captain Action had already become an Amazing Heroes figure, and it was a brand crossover Irving couldn’t resist.

“The chance to do a limited run of Captain Action cards with an old school style wrapper?” Irving poses. “And to work with Ed and Joe at Captain Action again? It was a no-brainer!”

“This is the 50th anniversary year for Captain Action, and we’re so excited to be a part of this exciting initiative!” Joe Ahearn, Founding Partner of Captain Action Enterprises, adds.

Another special metal card is the Sneak Peek Metal card, which will reveal the identity of a future Amazing Heroes figure. Amazing Heroes Wave 1 included both Captain Action and Mike Allred’s Madman; this figure will be another creator owned–and cult–character. 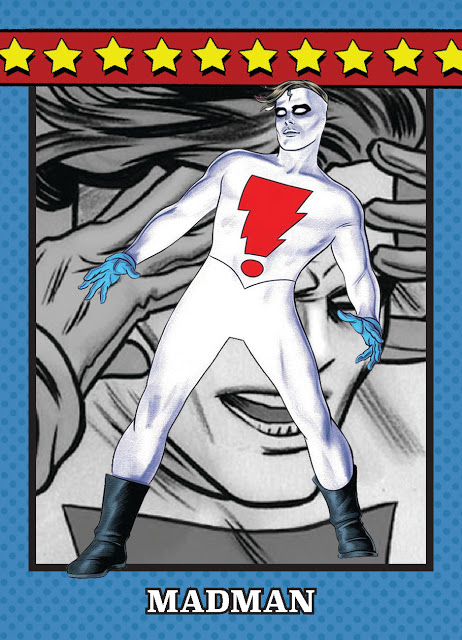