When I was a small warthog…er, I mean child, as well as watching The Lion King repeatedly, collecting dinosaur magazines and Teenage Mutant Ninja Turtles comics that came with free stickers and bubblegum, I played a lot of video games.

Sure, this is no surprise given I now write about them but my point is, I was one of few households in the 80s who owned a games console.

Back then, gaming was new and for a while it didn’t really take off, presumably children back then preferred going outside or more likely, there was only one television set in the house and when your mum wasn’t watching her soap operas, your dad seemed to be watching the football constantly.

My dad owned an Atari 2600, a Commodore 64 and later a Sega Master System. Fortunately for him, console wars weren’t a factor so early on in gaming’s history so owning three different consoles was (albeit for lucky sods who could afford it) no big deal. 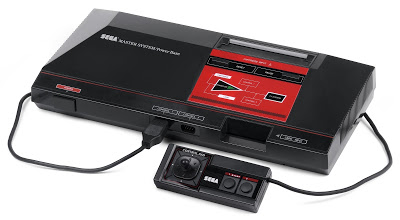 I have early memories of playing on all three so naturally, when I was around 8 or 9, I received a Christmas gift that I will always remember fondly. My very own console, a Sega Mega Drive (or Sega Genesis to you American folk)!

Already, you’ll note that, due to my father’s predilection for the previous Sega console, I was naturally ordained into the Sega camp. Obviously, as a kid you don’t really get a choice which side you are on.

Very quickly, the other kids at school and myself began to form factions – those who owned Nintendo consoles and those who owned Sega consoles. But wait? Your best friend got a Nintendo?! That’s it, friendship over, what a traitor!

Little did my friends know, I was one of those traitors but in my defence, I didn’t choose to be one – it was my not yet born baby sister’s fault!

I had been an only child for 5 years so when my parents discovered they were pregnant, I was sat down and told that soon, I would have a little sister. Obviously fearing that I would be upset (which, I wasn’t – in fact, I was kind of indifferent), I was then given a present. I remember thinking this was odd and wondered why my parents didn’t have new babies all the time. As I unwrapped my consolatory gift, I remember feeling joy, followed by fear, then joy again! A GAME BOY! 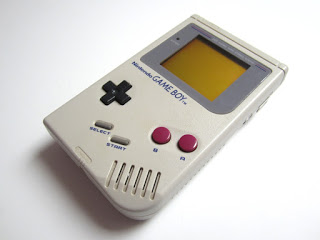 Traitor or not, I didn’t care. I could take this to boring family events because it was portable!

Back then, nothing was portable, your phone went as far as the cord would allow.

The day my sister was born this is what I remember; sitting in the waiting room of the hospital with my nan, it was raining outside and I was playing Tetris.

As I grew older, despite also owning a Game Boy (thanks for being born, sis!), I remained loyal to Sega but I would occasionally play on my cousin’s SNES.

I remember feeling like a spy, despite the fact I enjoyed playing on the SNES, I would pretend to my friends that it wasn’t as good as the Mega Drive because I still considered myself as a Sega girl.

After all, a super fast blue hedgehog was way cooler than a fat plumber, so screw Nintendo! I didn’t tell my friends about my Game Boy, I feared if I did and if I showed it to them, they would all want to play it. I didn’t fear their wrath I just didn’t want to share, my Game Boy was my precious.

Soon, the feuding factions lost interest in their war (because we were kids and toy companies were making tonnes of other stuff to distract us) but it wasn’t until 1995 – twenty one years ago…. (oh, God!) that things began to change.

Sony landed on the scene, quietly and surreptitiously and in hushed tones. Out of nowhere, it seemed as though everyone was talking about PlayStation. It remained a kind of enigma to me, I knew very little about it. 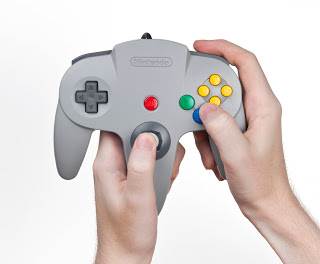 Mostly because by 1997, the N64 (with it’s weird controller) was released here in the UK and I remember playing every multiplayer game under the sun with my new high school friends.

It was all about Mario Cart 64.

I was having way too much fun to care about the Great Console War or any new fangled console for that matter.

It wasn’t actually until 1999, when my sister and I were bought a PlayStation as a joint Christmas gift that I finally understood the hype.

Why do I have to share with my 5 year old sister?!..argh!

Again, my console loyalty was chosen for me by my parents. Except, I was also starting to explore PC gaming and it became less about what you were playing games on, but what games you were playing. Games had changed, they had better stories and life-like characters (seriously though, I still don’t know how we thought blocky figures looked like real people, what was wrong with us?!).

By the time I left high school, my gaming education was a varied one and I decided one of the first things I would buy when I got my first job was a new console. It took a fair while to save up though (I did’t realise that 16 year olds get paid in buttons and bottle caps). Eventually, now aged 17, I made a decision to buy a different console, one I’d had no experience of. Maybe it was because I was in my rebellious stage?

On my meagre wage, I couldn’t afford a brand new console so I bought a second hand one from a friend who worked in a Game store. It was an almost shiny Xbox. A hefty, brick of a console that whirred so much, I used to think there were helicopters flying overhead. I fell in love with it immediately though, I bought this with my own money and this was all mine.

So this time, it wasn’t my parents or my sister that was to blame for my shift in loyalty, but my hormones. I started embarking in LAN parties with my friends and online gaming became a big part of my life. Unlike other Xbox gamers who often played on their own, me and my friends utilised it for social gatherings.

I was enjoying sharing my interest with other people so much so that the following Christmas, I asked my parents for a GameCube because I remembered how fun their multiplayer games were. 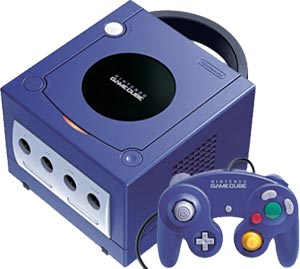 I did the unthinkable though…

I tried it convince my Xbox friends to buy a GameCube. I wasn’t mocked or laughed at but I certainly wasn’t taken seriously.

Eventually, I stopped nagging them and decided that I would take my GameCube with me when I went to University. After all, the original Xbox wasn’t exactly portable.

I did exactly that and it was an activity that bonded 6 or so strangers immediately.

Our university nights, while still full of drinking, would be centred around the GameCube and not around nightclubs or bars.

Naturally, when the Wii arrived on the scene, I was still a student and living with my friends so I bought one on release day (Thanks, student loan! This time it’s your influence!).

Playing Wii games became our go-to activity whenever we had other friends over and I remember being blown away by The Legend Of Zelda: Twilight Princess controls because the motion sensor was fully utilised. If I wanted to fire an arrow, I could hold the controllers as if I was holding a bow. 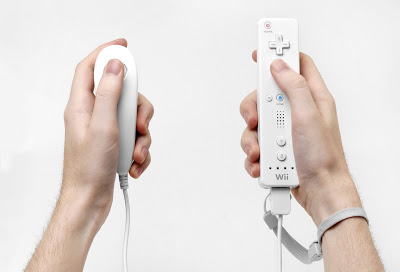 I remember thinking that this was the future! Except, it really wasn’t.

No other games really took full advantage of the controls in the same way.

But, I didn’t care that much because who wanted to leave their house and pay to bowl when they could bowl in their own home on Wii Sports?!

Socialising was a household affair from now on.

After the novelty of the Wii wore off, one of my housemates said they knew a guy who was selling an Xbox 360 for a really cheap price and suggested we all chipped in £20 each. I was all for it!

After all, the recession had hit by this point, which is why the guy was selling it so cheap. We would buy games, play them, trade them in for new games or borrow them at the library. We still played the Wii occasionally but that soon became rare. 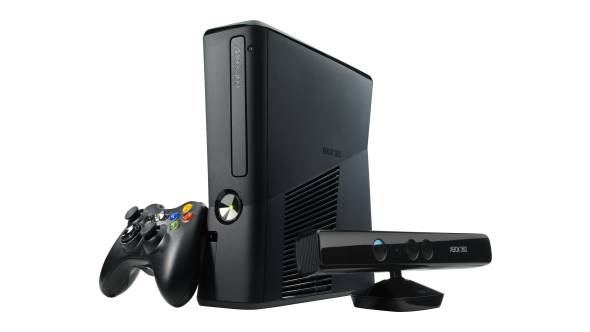 When I first met husband, he was also a Xbox 360 owner and he and his friends would hang out and hold LAN parties for Halo 3: ODST. I hadn’t played a Halo game in years and was soon re-acquainting myself with it. Our mutual love of games spawned our production company, Cheesemint Productions. Our name comes from Xbox Achievements, because one of the group who didn’t play games as often as the rest of us used to called them ‘cheesemints’.

We then found ourselves creating a comedy web series called Unlocked about a group of friends who live in a video game world much like Scott Pilgrim and now we’re award-nominated filmmakers with multiple projects under our belts.

When I eventually moved in with my now husband, I had to de-clutter but I also needed the extra cash as I had to get used to the rent no longer being being split between four. So, I traded in my Wii and all the games and sold my part of the Xbox 360.

My husband already owned a 360 and we eventually upgraded to the Xbox One. I still sometimes think about poor Sega’s demise and I always come close to buying a Nintendo console whenever a new Zelda game is released. As for Sony, there are games I desperately want to play that are PS4 exclusives so perhaps one day, if I ever make enough money from filmmaking or writing, I’ll own all of them.

Looking at my console history, I’m either a traitorous bitch or maybe there’s just no such thing as console loyalty? However, growing up through the Sega-Nintendo console war, there was just no avoiding it.

The consoles you play on aren’t always chosen by you, sometimes your parents, your annoying kid sister, hormones and even a recession can cause a shift in your gaming habits.

Though to be completely honest I don’t think it matters. Given how varied my gaming experience has been during my 30 years on this Earth, all I know now is that I love playing games and will play them on any console, in any format.

…I do still miss my Sega Mega Drive though. 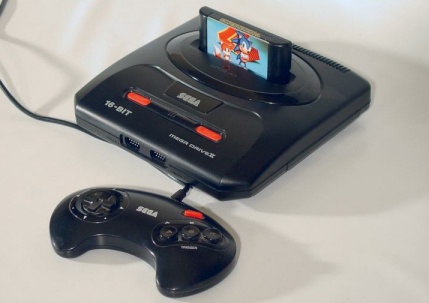