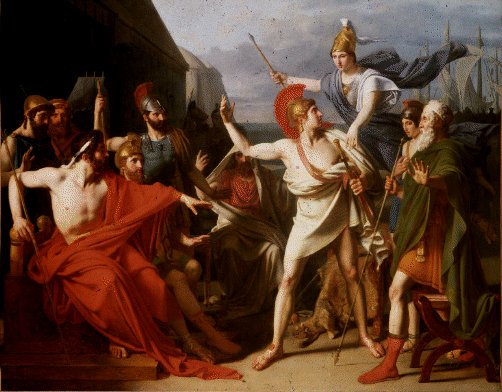 A lot of modern video games are more closely tied to literature than many may realize. IGN looked at a number of popular titles that are either directly or indirectly based on old books, from The Witcher to Assassin’s Creed. And even beyond that list, there are plenty of examples. Middle-Earth: Shadow Of Mordor had as much to do with Tolkien’s books as Peter Jackson’s films; Dante’s Inferno was based on the 14th century epic poem; and the God Of War series is built on a foundation of real world mythology (which is ultimately a form of literature).

Meanwhile, the film industry has been even more involved than usual lately with classic literature. In just the last few years we’ve seen the likes of Les Miserables, The Great Gatsby, and even Shakespeare’s Macbeth turned into feature films. Combining these two trends, it seems only natural to wonder: could classic literature represent the next trend in gaming inspiration? Only time will tell, but a few literary works in particular appear to fit right in with modern gaming.

While it may have a reputation among those who haven’t read it as a cumbersome, ancient poem, The Iliad is pretty much a war epic. As Homer’s definitive account of the myth-infused Trojan War, it primarily tells the story of Achilles throughout Greece’s lengthy siege of the city of Troy. That’s not to say the whole thing is about battle. There are elements of romance and politics, and there’s a great deal of communication between mortals and gods, but there’s more than enough action to support a full-fledged war game. Think Shadow Of Mordor in a brighter setting beneath the walls of Troy.

It’s actually mildly surprising that a major Iliad-based game wasn’t released in the aftermath of the 2004 film Troy, though there was was an attempt just a a few years ago. Koei Tecmo Games produced Warriors: Legends Of Troy in 2011, and despite poor reviews it was actually viewed by many as a decent effort. It had beautiful graphics and satisfying story elements, just mediocre gameplay. If a similar concept was attempted again, perhaps by a larger or more capable developer, it could be successful given the wave of detailed, damn-good action/adventure games of late.

There’s plenty more to this classic by Alexandre Dumas than combat and swashbuckling, but rest assured there’s a whole lot of action as well, from duels to full-fledged battles. Unfortunately, the tale of the musketeers has struggled to remain relevant thanks to some pretty rough film adaptations. A 1993 Disney film starring Charlie Sheen, Oliver Platt and Kiefer Sutherland was quite a bit of fun, and surprisingly true to the book. But 2001’s The Musketeer and 2011’s The Three Musketeers were both horrible reinterpretations of the novel that flopped on the big screen.

In gaming too, there’s been little to celebrate. There was a 2010 hidden object PC game that’s since been forgotten, and the only real example of a Three Musketeers game that’s still accessible can be found here. It uses cartoonish representations of the musketeer characters along with a quest setting to add some depth to the slot format, and the effect isn’t bad at all. But ultimately it’s kind of shocking that this famous novel hasn’t ever produced a bigger game. Realistically, it could function quite similarly to an Assassin’s Creed title and be every bit as good.

This final selection might be the most fitting for a generation of modern gamers that seems to embrace anything with an element of darkness or horror. Bram Stoker’s original Dracula has it all in this regard: dark and creepy settings, mysterious deaths and disappearances, a strong sense of suspense and some flat-out violence. Yet there hasn’t really been a signature game based on the book (and like The Three Musketeers, it’s suffered from poor cinematic adaptations such as the recent Dracula Untold).

The thing is, however, there are actually plenty of vampires in gaming. People are interested in the genre, vampires sell, and yet the most iconic vampire story of all time has been curiously ignored by major game developers. Yes there’s the ongoing series from Koalabs Studio, but those games work largely through point-and-click environment exploration. It’s time for a big, bad Dracula adventure game—or at least another Castlevania!

There’s no telling if any of these works will actually inspire video games in the near future. The material is certainly there, though, and the gaming industry seems poised to embrace it given the trends and similar games mentioned in this article.

Travis Rubin is a graduate student with aspirations in film. He spends most of his free time enjoying video games and movies—and writing about them, of course.