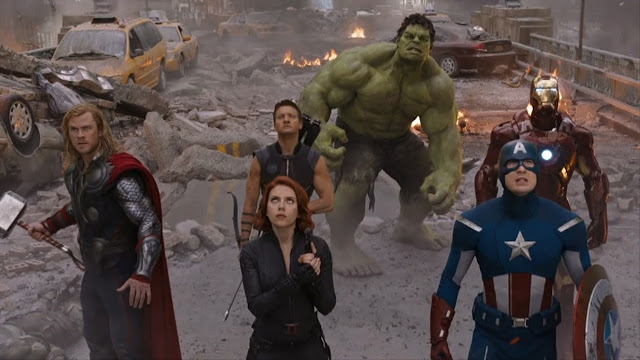 The Marvel brand has already become one of the top entertainment franchises and that looks to continue into 2016 and beyond.

From television series such as Daredevil to future blockbusters like Guardians of the Galaxy Vol. 2 that will undoubtedly feature their own spin-off online games, it looks like it will be another bumper year for the Marvel brand.

Daredevil was originally released as a film in 2003 and featured stars such as Ben Affleck and Colin Farrell. The movie unfortunately suffered from lukewarm reviews and was lost in the deluge of other more-successful superhero movies of the era.

However, the Daredevil brand was given a new lease of life when the recent Netflix series revealed a darker side to the character which was rapturously received by fans of this troubled superhero.

And it looks like the popularity of the series will continue to provide new outlets for the character with the recent announcement that the second series of the Daredevil Netflix series will premiere on  March 18th, as well as the intriguing rumours that Daredevil could join The Avengers in their upcoming Infinity War blockbuster.

One of the biggest surprise Marvel hits in recent years was undoubtedly Guardians of the Galaxy. Despite few people outside of the comic book fanbase having heard of the dynamic bunch of unlikely heroes, the film broke many box office records and the next installment looks like it will land in 2017 with some seriously weird new characters.

The introduction of new characters into the Marvel Universe is especially handy as the brand continues its efforts to infiltrate the gaming world. LEGO Marvel Superheroes did an amazing job on the next-gem consoles by fusing the characters of Marvel with the accessibility and fun of the Lego aesthetic.

And Marvel characters even managed to gain access to the increasingly popular world of online casinos, with the Coral site allowing fans to play the Iron Man online casino game where they could win lucrative bonuses amidst the familiar Iron Man iconography, despite doubts as to when this iconic character will return to our cinema screens.

Another hugely-anticipated title is Black Panther that is expected to land in 2018. Little is known about the film, but rumours suggest that this will be Marvel’s most serious and dark addition to the franchise yet.

However, with Chadwick Boseman makinghis debut as the character in the upcoming Captain America movie, and with Creed director Ryan Coogler in the director’s chair, this movie should be in safe hands.

So whether it’s a future blockbuster, a compulsive TV series, or even via an online slots game, it looks like we’ll be seeing a lot more of Marvel in the future.