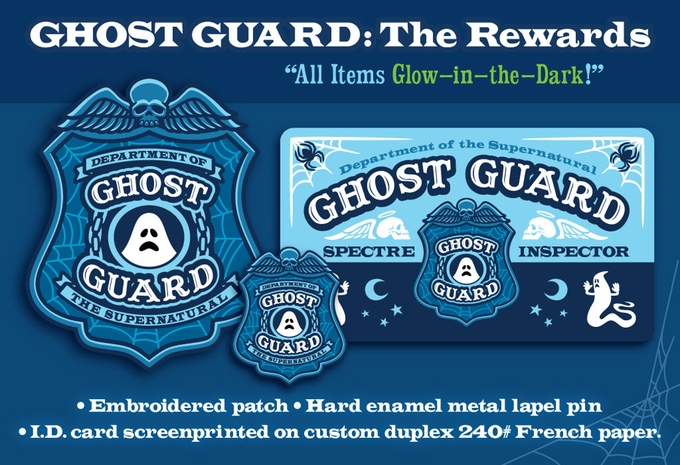 The Ghost Guard launched on Kickstarter this morning and has already reached two/thirds of it’s goal!

This Kickstarter campaign offers rewards that begin at $7.00 (One “Ghost Guard” embroidered patch) and among the other rewards there is a $25.00 pledge level (the best deal which includes Limited edition signed/numbered “Ghost Guard” full kit which includes embroidered patch, lapel pin, and  I.D. card and qualifies for
stretch goals! ).
Other levels include original art, glow-in-the-dark t-shirts and sketch cards!  Patches, t-shirts and lapel pins are also available as add-ons!
The campaign ends on February 22nd.
To Pledge and Become a Paranormal Investigator, Click HERE!