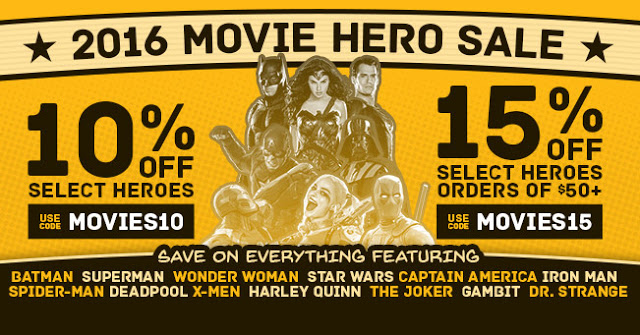 Which means that every major Marvel and DC character will come to life in cinemas across the world.

And SuperHeroStuff is celebrating!  Not only are they your essential destination for super-hero clothing and swag, but they’re also acknowledging the year of the hero with two major events, a sale and a giveaway!

Second is the contest, which features a grand prize worth salivating over.  It includes a $250 Fandango gift card to see all of the comic book movies this year as well as a $200 SuperHeroStuff shopping spree.  Second prize is a $50 shopping spree and 10 runner ups will receive a free t-shirt! 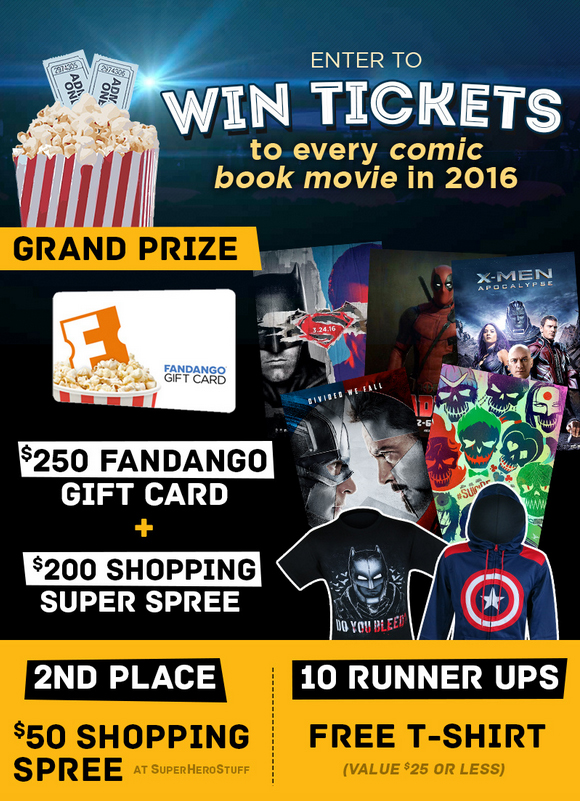 So, the only question to ask is, what are you waiting for?