It’s time to journey down the path that will hopefully bring about a comic book film for the ages as DC Comics/Warner Bros are ready to finally show their cards.

There is no other event in sports or entertainment that is produced and promoted with more grandeur, pomp, and circumstance than the big fight. While many of them have come and gone over the years, unfortunately, there are some titanic clashes that never materialized for a variety of reasons.
Boxing’s managerial shenanigans prevented Riddick Bowe vs. Lenox Lewis from occurring while Mixed Martial Arts’ promotional exclusivity prohibited UFC’s Randy Couture vs. PRIDE’s Fedor Emelianenko. Even Vince McMahon was unable to conjure up an encounter between Hulk Hogan and Stone Cold Steve Austin because neither man would to lose to the other.
On Friday, March 25, 2016, Warner Bros will release the highly anticipated film, Batman v. Superman: Dawn of Justice.
Finally we get to see the most highly debated dream match-up of all time as the Man of Steel squares off against the Dark Knight.

Superman could hurl Batman into space with flick of his finger.
Batarang Jones:

Kryptonite is such a lame cop out.

Dude, Batman would use his superior intellect or create some gadget to win.

You’ve heard this before, haven’t you?
Most people have been privy to, or have engaged in a passionate argument over who would beat the other in this titanic clash. It’s a fascinating proposition on a multitude of levels. Yes, they’ve fought before in the comic books, plenty of times in fact. However, there was always a plot device that made it either an “unfair” fight or the circumstances called for one of them to hold back.

Batman v. Superman will serve as the definitive version of this fight, an honor that currently belongs to Frank Miller’s legendary series The Dark Knight Returns. 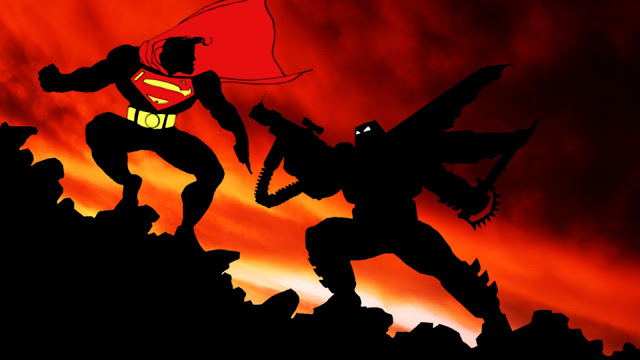 In the simplest of circumstances, Superman beats an armed Batman and Batman thrashes a powerless Superman. This made pretend world is anything but simple, though, which is why we analyze every crevice of information and conceptualize what would actually happen to the nth degree.
In order for the upcoming film to be a hit that will resonate beyond pop culture, the titular showdown not only has to be logical and creative, but there also has to be a clear winner. There should be no draws and no technical outcome where the end result leaves doubt.
Warner Bros isn’t in the business of damaging their IP, which is a legitimate fear to have if they decided to have Superman score a quick one-punch knockout. The fight should give both heroes their chance to shine with the winner barely getting to their feet before the ten count, á la Rocky II.
The “v.” in the film’s title plays off the listing of Supreme Court cases. Batman’s name is first, which symbolizes that he is bringing the grievance to Superman. Lex Luthor is always pulling the strings in some form, but him being the primary reason for their fight will cheapen its allure. 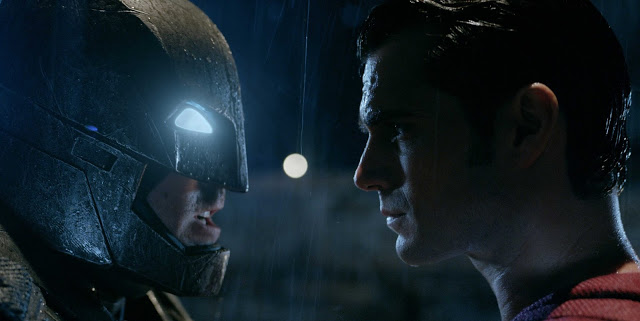 DC Comics has a lot of catching up to do with the Marvel cinematic universe. This is why Dawn of Justice is not only included in the title of the film, but is also a major source of the movie’s marketing campaign.
It means the Justice League is coming and that DC Comics is ready to reintroduce the world to its iconic stable of characters. It’s great to see this finally this come to fruition, but the name on the marquee that will be selling tickets is Batman v. Superman.

An overstuffed bait and switch of a film will be a waste of everyone’s time.