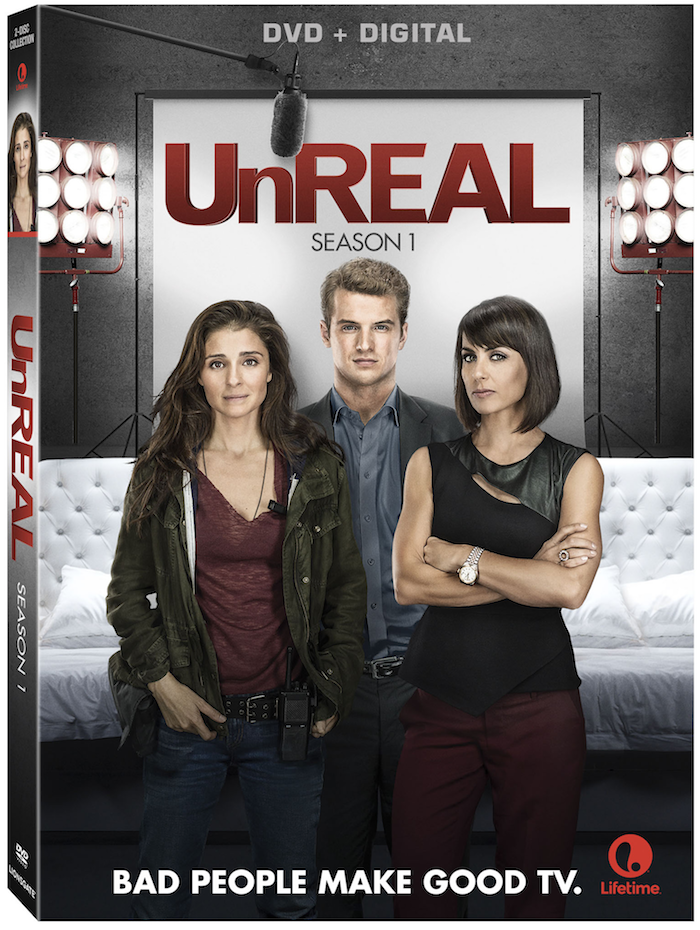 Set against the backdrop of a fictional dating show, UnREAL is led by Rachel Goldberg (Shiri Appleby, HBO’s “Girls”), a young staffer whose sole job is to manipulate her relationships with, and amongst, the show’s contestants to get the vital dramatic and outrageous footage that the program’s dispassionate executive producer, Quinn King (Constance Zimmer, Netflix’s “House of Cards”), demands. UnREAL also stars Craig Bierko (TV’s “Damages”) as “Everlasting”’s eccentric creator, Chet; and Freddie Stroma (HBO’s “Game of Thrones”) as the dating show’s handsome and intelligent suitor, Adam Cromwell.


And we’re giving away three copies!

To enter, please send an email with the subject header “UNREAL” to geekcontest @ gmail dot com and answer the following:

MTV’s The Real World premiered in this year?