I had the good fortune to attend the Vision VR/AR Summit a few weeks back in Hollywood.

This groundbreaking event brought together, for the first time, a collective of artists, engineers, programmers, designers, musicians, directors, producers, hardware manufacturers, developers and researchers to further the knowledge base of virtual and/or augmented reality content.

While opinions varied from “this is the year VR takes off” to “anyone remember second life?” everyone in attendance was certain that the potential for VR/AR tech that exists already today will only heighten, let alone expand multiple industries and applications. 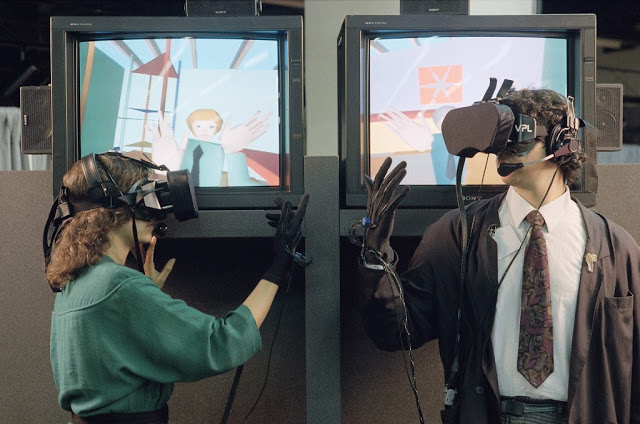 Augmented reality has been around certainly and some of us use it daily on cell phone apps like Snapchat or even on games for Nintendo 3DS.

But Virtual Reality, with the release of affordable cell phone headsets, not to mention the over 5 million Google Cardboards shipped to date, is a platform on the brink of mainstream.

Here are just ten of the coolest things from the conference… 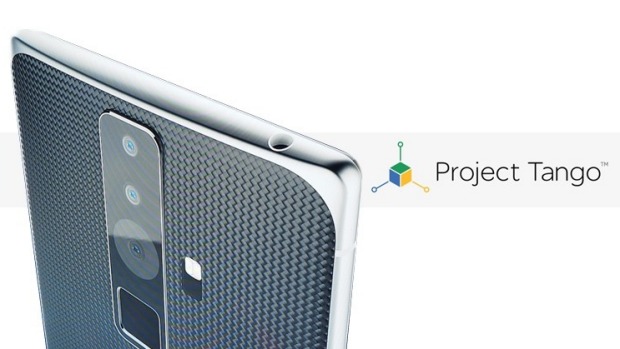 Google was out in full force promoting their Project Tango tech, which is a platform that uses computer vision to enable mobile devices, such as smartphones and tablets, to detect their position relative to the world around them without using GPS or other external signals. VP of Virtual Reality at Google, Clay Bavor reminded us that this tech will be in the hands of consumers as soon as this summer in a Lenovo phone. It’s just the beginning.

Valve’s Gabe Newell had his “Oprah” moment early into the Keynote by giving everyone in attendance their own Vive HR headset from HTC.

Just listen to the reaction… 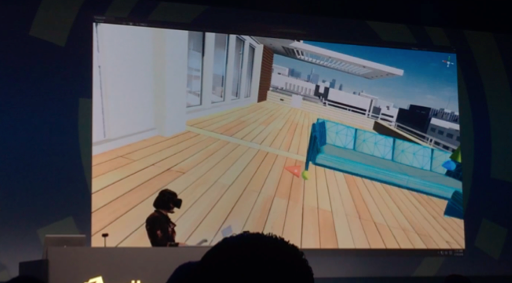 Timoni West, Principal Designer at Unity, show and told some very cool software they’re developing to help designers of virtual environments actually design within that world (as opposed to in front of three or four flat 2D monitors). Her example was highlighted by the real-time addition, placement, and resizing of a giant whale floating in the sky. 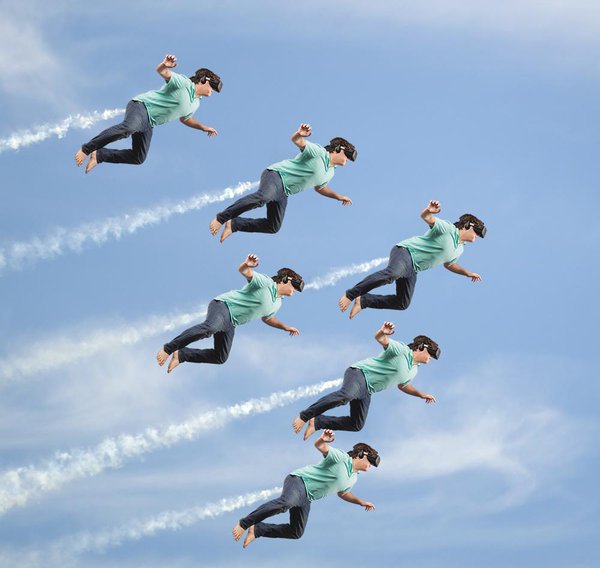 And of course it wouldn’t have been a true AR/VR Summit without an appearance by Palmer Luckey himself.

He’s a big fan of “content is king,” which he’s smart to realize early into this gold rush. He’s also on-board with the idea that consumers also morph into their own designers, and that we give them tools to get there. “VR should be something that people can use everyday, a thriving ecosystem, that will then let everyone within that ecosystem profit.”

THE GAP OF DISAPPOINTMENT 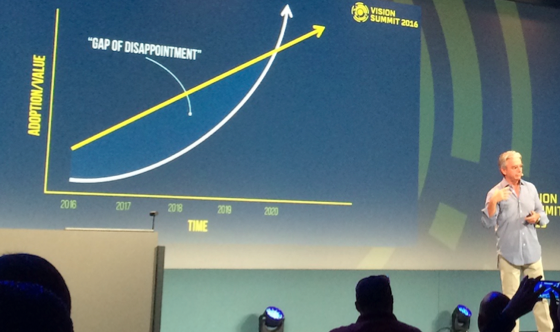 “In the very near term I am fearful of journalists… they will not be able to resist talking about the g​ap of disappointment.”

CEO of UNITY John Riccitiello warned attendees of the “GAP OF DISAPPOINTMENT” caused by the steady rise of adoption/value with the slow to launch element of time (given that he believe’s VR will not truly take off until 2020).

Game platform Unity was everywhere at the Summit (well, they did sponsor the thing). But here’s an astonishing fact from Palmer Luckey. An estimated 90% of the applications made for GearVR were made with it. That’s quite a margin. Also, by the way, anyone who pre-orders the HMD of Oculus will get for free a four month trial of Unity Pro to stimulate content creation. 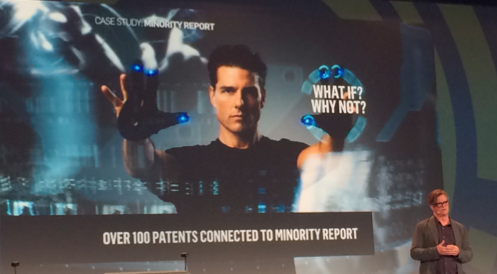 BAFTA nominee Alex McDowell knows about the future. He’s designed it for countless big-screen worlds, including The Lawnmower Man, In Time and most notably Steven Spielberg’s 2002 film Minority Report.I

Lending his expertise on futuristic design, here’s a fact that wags the dog: OVER 100 PATENTS ARE CONNECTED TO MINORITY REPORT in our world right now. 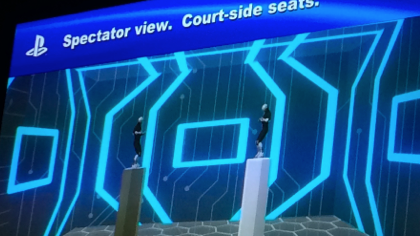 Not surprisingly, the game resembled a pivotal game from the 1982 feature film Tron. Jealousy that I haven’t played this yet aside, the examples of variances in point of view for display outside of wearing a headset was promising.

One of the key elements of PlayStation VR will include the output to a standard television for multiplayer scenarios (one in the Matrix and one here on Earth).

VIRTUAL REALITY AS A TERM WILL GO AWAY BY 2020

Dr. Michael Capps believes that VR failed the first time (late 80s/early 90s) because it could never live up to the expectations of kick-ass movie scenarios. He’s totally right of course (plus the computation was pricy). He does predict that the term Virtual Reality will go away and by 2020 we’ll mean internet to include VR enhanced realities and worlds. 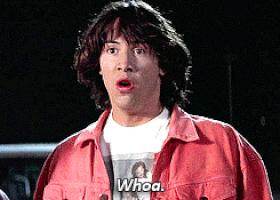 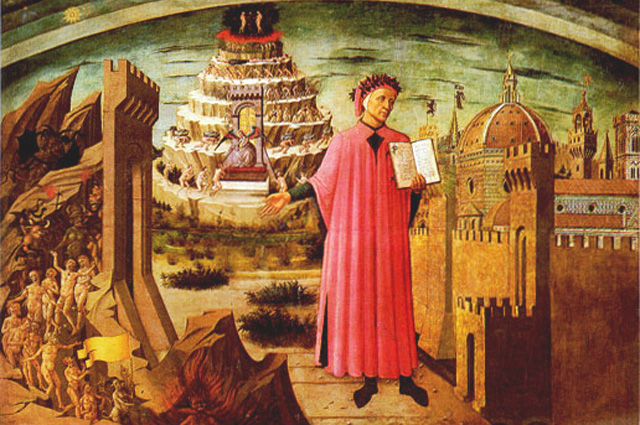 The best tidbit from the Summit comes from Philip Rosedale of High Fidelity. He predicts that The Divine Comedy will provide a model for successful VR storytelling.

In the epic poem, Dante doesn’t go alone on the journey through Hell, Purgatory and Heaven. He has Virgil (and Beatrice) as a guide. The best stories in this environment will need that “guide” device to motivate the audience through the experience. I would add that the “guide” needs to be flexible and innovational in design and execution, otherwise it could easily become a gimmick. Needless to say, it’s a brave new world for content creators.

By the way, the entire keynote from the Summit can be viewed below. Highly recommend it if you’re the least bit intrigued by the future implications of VR…