The seventh season of FX Network’s Archer sees the one-time gang of spies-turner-failed drug smugglers turning their sights to the City of Angels as the show continues to poke and prod ‘80s territory with the nostalgia stick. 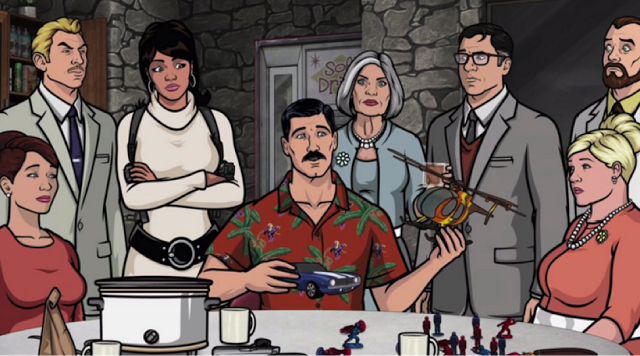 Last week, the FX Networks releases the season seven trailer, which was a shot for shot remake of the Magnum P.I. opening credits. From the iconic red Hawaiian shirt to Tom Selleck’s oh-so-manly moustache of power, the homage to one of the greatest detective shows of all time offer a quick peek of what was to come for the upcoming season of Archer; More ‘80s tomfoolery.

The format of the hit FX toon has been changing and evolving since the sixth season. Because it had to.

Sure, the show needed to stay fresh for viewers, but for the most part, they just couldn’t go around calling themselves ISIS anymore.

Basically, the gang couldn’t call themselves ISIS anymore. So, they ditched name, the hideout and all the fancy gadgets, then took up residence in Ceryl/Carol “Cherlene” Tunt’s ginormous mansion, and begin selling the massive amount of cocaine they confiscated from an earlier heist and renamed the whole affair Archer Vice. 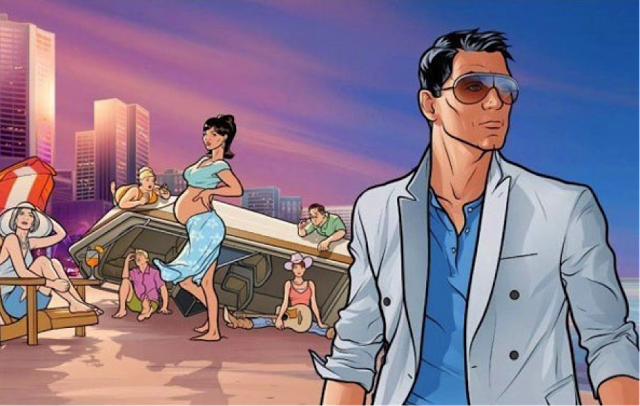 Also, Archer was now a proud papa and was back together with Lana, much to the disgust of the rest of the group.

Season six wrapped with the former band of spies on the CIA blacklist, no longer able to go on international missions or bring in an income. 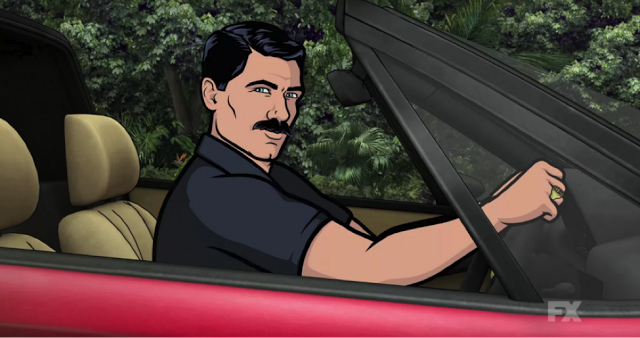 And thus, they are off to LA to start a private eye agency! The Figgis Detective Agency, to be clear.

So, it looks like lowly accountant Cryil is now the boss of Archer in what is probably the first on many, many, many bizarre twists of the upcoming season.