First Second Books is celebrating it’s tenth anniversary this year by doing what they do best, publishing fantastic graphic novels.  Over the past decade, the imprint has done two very important things; first, attract younger readers and second, create award winning books that has found success in bookstores, far beyond the direct market.

I had the opportunity to chat about the imprint with Gina Gagliano, who serves as the company’s marketing associate and publicist to discuss the anniversary, the relationship with creators and what’s to come.

FOG!: Congratulations on First Second celebrating their 10th anniversary. You’ve been with them since the beginning. How has the company changed since it launched in 2006?

Gina Gagliano: First Second has changed a lot since 2006! The first thing that sticks out is that we’re publishing twice as many graphic novels this year as we did ten years ago. It’s a pretty big change — and it means we get to work with a lot more amazing authors.

We also have some new staff since 2006 — our Senior Editor, Calista Brill, our Designer, Danielle Ceccollini, and our new Associate Editor, Robyn Chapman. We’re so glad to have them on board — and they’re essential to the First Second process!

I remember First Second as one of the first imprints that marketed itself more to bookstores than the direct market. What were the challenges of marketing then versus now in terms of introducing audiences to a storytelling medium which they mistake for a genre?

One of First Second’s core principles is to increase the breadth of the graphic novel market — and a lot of that is audience. Since the first day we started publishing books, we’ve been as dedicated to getting graphic novels in bookstores and schools and libraries as in comics stores, and that’s been a major factor in figuring out our publishing plan. Throughout the years, we’ve endeavored to be on the forefront in reaching new audiences who weren’t necessarily comics readers — but who can be converted by that one great book.

It is a challenge when your audience has to be convinced to pick up a graphic novel — but we strive to publish the highest quality of books, and get them amazing reviews and prestigious awards and make anything we can a New York Times Best-Seller. Those things overcome a lot of barriers!

Many of your cartoonists wind up working again and again with the imprint. In that respect, what sets First Second apart?

Mark Siegel, our Editorial Director, always tells us that First Second authors write ‘graphic novels with heart.’ He means something that sticks with you — in your mind and on your bookshelf. We work with our authors to write stories that stick with their readers — and we ask our authors to stick with us so we can build their careers and their profiles!

Recently, Gene Luen Yang, who has had several titles published through First Second, was named the first ever graphic novelist to be the National Ambassador for Young People’s Literature. What does that do for First Second, and more importantly, graphic novels in general?

Having Gene Luen Yang named the National Ambassador for Young People’s Literature was a sea change for the industry — it means that the country is really recognizing the importance of comics storytelling. Having a graphic novelist represent the best in children’s literature in the United States — that’s a whole new ballgame for the medium. 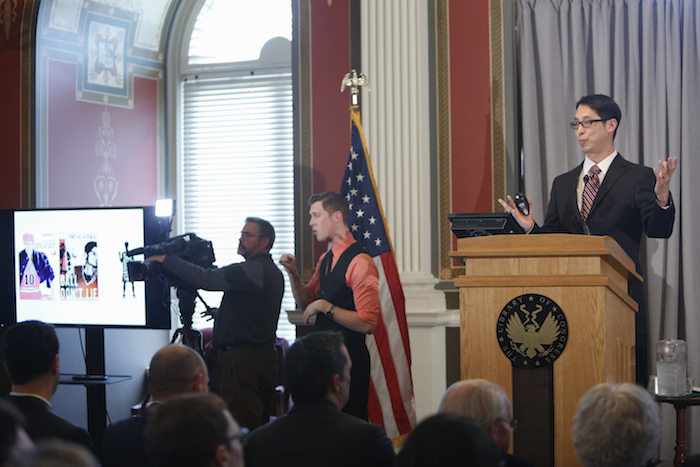 What do you have coming up to celebrate the anniversary?

We’ve been announcing a number of new projects over the past few weeks to celebrate our 10th anniversary, which has been a lot of fun. We’re excited to be working with new authors like Shannon Hale, Hiromi Goto, Kevin Panetta and Savanna Ganucheau, and Sam Sharpe.

We’re also planning a monthly celebration of great :01 authors throughout the year — so check that out on our social media! 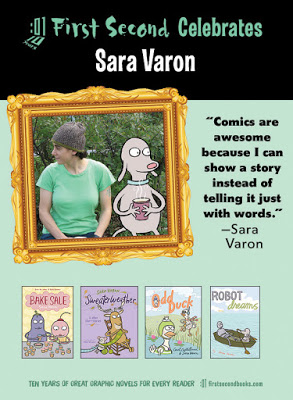 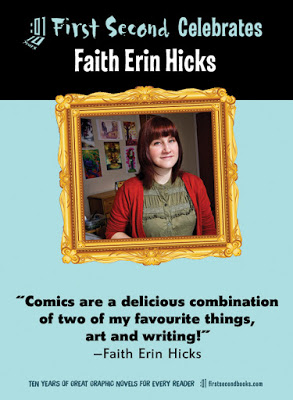 Can you tell me about some of the upcoming titles that you are most excited about?

Coming up soon, we’ve got two great titles — Tony Cliff’s Delilah Dirk and the King’s Shilling and Faith Erin Hicks’ The Nameless City. Both of these books hit your magic-adventure-storytelling funny bone — they’re wonderful graphic novels. And then coming later in the year, we’ve got new books by Lucy Knisley, Maris Wicks, Eric Orchard, Gene Luen Yang, Box Brown, and Drew Weing. And that’s only the start — we can’t wait!

I’m in the middle of re-reading Robin McKinley’s fantasy novel Sunshine, which is one of my favorite books of all time — it’s an irresistible combination of magic and baking. I’m also really enjoying Sam Bosma’s graphic novel series Fantasy Sports, and watching Steven Universe (which is absolutely amazing) in my spare time.