Having had no contact with him since
childhood, she’s reluctant to make the effort to attend his funeral, but
something draws her to the dusty corner of Texas where he spent the
last years of his life. At first dismayed by the small town vibe, she’s
soon intrigued by the people she meets, among them a distraught
stepmother, her apprehensive son, a gutsy young musician, and a set of
doting grandparents she’s never met. As she finds glimpses of the
father she once knew, she also discovers a new attitude towards
friendship, loyalty, and family.

Anna took some time to discuss the film, her collaborators and working as a female director after the jump.

FOG!: What was the genesis of this project?

Anna Axster:
The idea for this film came from a few different inspirations. One was
touring this country with my musician husband and being exposed to many
different cultures within the same country and facing stereotypes that
often became blurred the better I got to know a place.

It
was also inspired by the generation I find myself in and that I saw
around me where a lot of people found themselves unsure in their lives
in their mid to late twenties and really started growing up later than
they had expected. And although this story is in no way
autobiographical it was also inspired by the universal experience of
losing a parent. 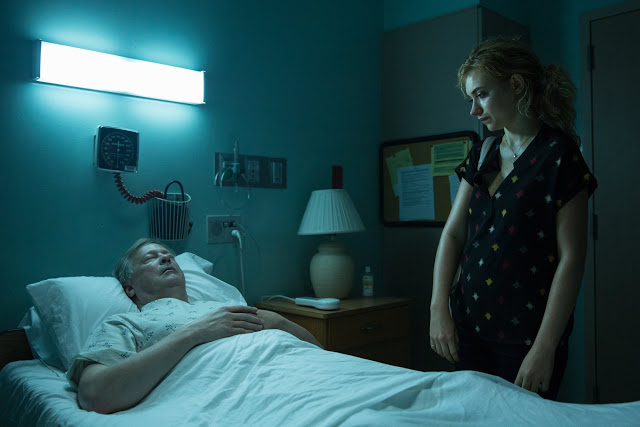 Unfortunately,
the film industry still isn’t particularly forward thinking toward
women directors. With this being your first feature film, were there
unexpected challenges that you faced because of your gender?

I’ve
never made a film as a male director so it’s hard to say what exactly
would have been different. I know that having a predominantly female
cast and a story driven by female characters definitely did not make it
easier to get the film financed. It seems like it is still more
difficult to tell female stories in film and hopefully that will
increasingly change in the years to come.

Your
husband Ryan Bingham, who co-starred and also oversaw the music. How do
you and Ryan work as collaborators? Did his music influence the film or
did the film influence his music?

I co-wrote the
film with Jim Beggarly, a great writer based in New York. I had a
synopsis of the story and Jim fleshed it out and wrote most of the
screenplay and we collaborated on scenes and tone. And when the first
draft was done I went to New York and we sat down together for three
days and went through the script with a fine comb together. It was a
really great experience working with Jim and I admire his writing and
his sensibilities.

My husband, Ryan Bingham, plays the
male lead in the film and he composed the score and wrote the title song
for the film. We work together a lot and I love collaborating with him.
We have different strengths and weaknesses and can inspire each other
and collaborating comes easy to us. I think the story inspired the
music. Ryan wrote the title song after he read the script for the first
time and then he worked on the score with two of his friends once we
were editing the film.

Your film also had some
impressive talent behind the scenes including producers Alec Jhangiani
and Nicolas Gonda, who have worked with Terrence Malick. What kind of
influences, if any, did they have on the project?

Nick
Gonda, who has produced Terrence Malick’s latest films was there from
day one and he has been an amazing producer who has stood by the story
throughout the entire process. It was not easy to get the film financed
and he has been there every step of the way. For me his biggest
influence was his belief and commitment that made it possible to tell
the story without compromising its integrity.

You also raised funds for the film on Kickstarter, was this the entire budget of the film?

We
did raise funds on Kickstarter but that was only a part of the budget.
The rest came from equity investors and one of the production companies
that came on board. The Kickstarter campaign was a really great
experience. While it felt somewhat uncomfortable at first to ask people
for financial support in that way, it was a touching and humbling to see
how supportive people were and how much they wanted to get behind this.

What sets A Country Called Home apart from other films in this genre?

I
think that there are some very strong performances in the film and that
the strong female cast is unique. And the story touches on a lot of
different aspects that are experienced by people of different ages,
genders, and socio-economic backgrounds. All the characters in the film
are dealing with family in one way or another and that also is a
universal experience. So I think there are a lot of different parts in
it that hopefully different kinds of people can identify with. 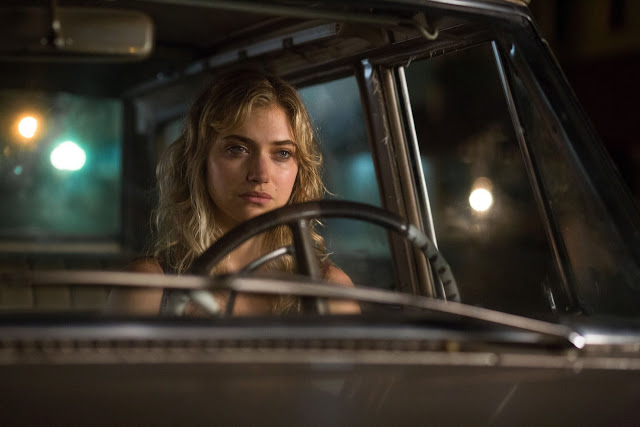 There
are many different filmmakers that I love and respect for different
reasons and a lot of them have influenced choices that I made but real
people that I have met in my life are probably the biggest influence on
how I approached scenes and moments in the film.

I am working on a new story that I want to turn into a screenplay soon.

I just started reading A Visit from the Goon Squad
by Jennifer Egan. Since I also work in the music industry it’s a fun
read. I rediscovered my love for Nina Simone’s music after watching the
documentary What Happened, Miss Simone and I am way behind on all the recent movies since I had a daughter last summer but I am slowly catching up. 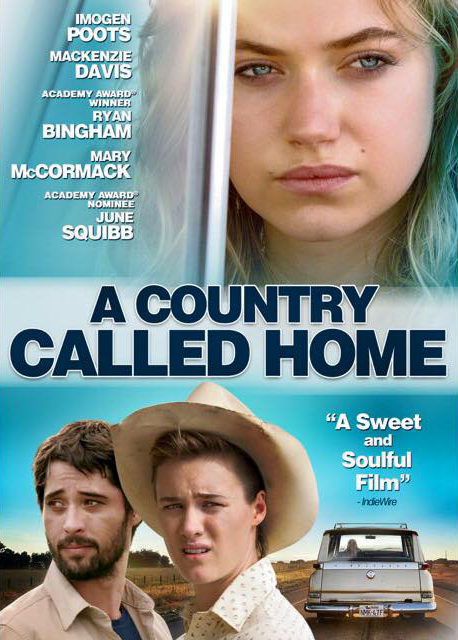 A Country Called Home is now playing in select theaters
and will be available on DVD, VOD and iTunes March 1st