The Second City has announced the establishment of the Harold Ramis Film School, the world’s first film school focusing on comedic content. Building on Ramis’ legacy as a writer, director, producer and performer, the Chicago-based school will foster students interested in the Media Arts, utilizing The Second City’s approach to improvisation and content creation.

“Harold Ramis was the quintessential Second City writer/performer – intelligent, funny and devoted to the spirit of ensemble,” says Andrew Alexander, CEO and Executive Producer of The Second City. “His early mentoring of the Second City TV cast set the template for how that show would operate for eight seasons. His unselfish and generous spirit dominated the many wonderful films that he directed and wrote. I am thrilled by this opportunity to instill Harold’s philosophy of successful storytelling in film in the next generation of artists.” 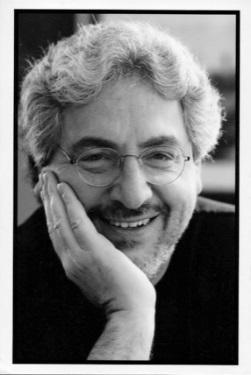 In the spirit of Harold Ramis, students will be encouraged to work from the top of their intelligence and will be immersed in comedy training, film history, storytelling and film production classes to give them the context in which to create. At the end of this one year intensive program, students will graduate with produced content, be it a screenplay, sitcom pilot, hour-long pilot or short film.

“This school honors the memory of Harold and his legacy of identifying, mentoring and developing new talent,” says Erica Mann Ramis, widow of Harold. “I am very proud and grateful that The Second City has chosen to pay this enormous tribute to my husband and his work.”

Applications are currently being accepted for the yearlong filmmaker program which starts in September 2016. For application details, scholarship opportunities and additional information, please visit https://ramisfilmschool.com/.

An information session and open house will be held at The Second City Training Center – Chicago (Piper’s Alley, 2nd Floor) on Wednesday, March 16th at 6:00p.

Harold Ramis joined The Second City Mainstage in 1969, writing and performing in six revues over four years. A Chicago native, Ramis’ exceptional stage work led him to roles on The National Lampoon Show and SCTV. Ramis turned his focus to film when he created a script for National Lampoon’s magazine which was turned into the screenplay for Animal House, the box office record-breaking comedy of 1978. After co-writing Meatballs, starring Bill Murray, Ramis turned his focus to directing with Caddyshack, which he also co-wrote. Continuing a streak of successful films, Ramis’ work on Ghostbusters and Groundhog Day solidified his status as a legendary American filmmaker. President Obama described Harold Ramis as “one of America’s greatest satirists, and like so many other comedic geniuses, a proud product of Chicago’s Second City. When we watched his movies—from Animal House and Caddyshack to Ghostbusters and Groundhog Day—we didn’t just laugh until it hurt. We questioned authority. We identified with the outsider. We rooted for the underdog. And through it all, we never lost our faith in happy endings.”

About The Second City

The Second City is the leading brand in improv-based sketch comedy. With theaters and training centers in Chicago, Toronto and Hollywood, 11 full time touring ensembles, thriving corporate communications and theatricals divisions, as well as television and film operations, The Second City has been called “A Comedy Empire” by The New York Times. The Second City Training Center has a current student body of 3,500 students per week and is the largest school of improvisation and sketch comedy in the world.