Despite the fact that you tease us more than a stripper in the champagne room, the cabler giant saw fit to grace us hungry fanfolks with a few images from the upcoming season of Game of Thrones. 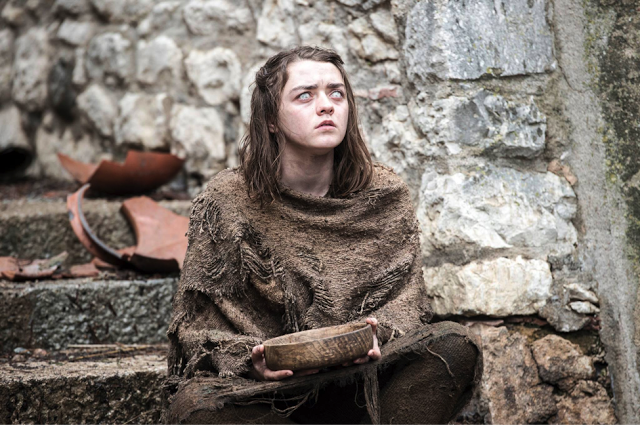 Last season, we last saw Arya Stark (Maisie Williams) learning a lesson about going against the assassin Prime Directive by going blind. Here is an image of her as Beth, the name she takes on as a blind beggar in the streets of Braavos. 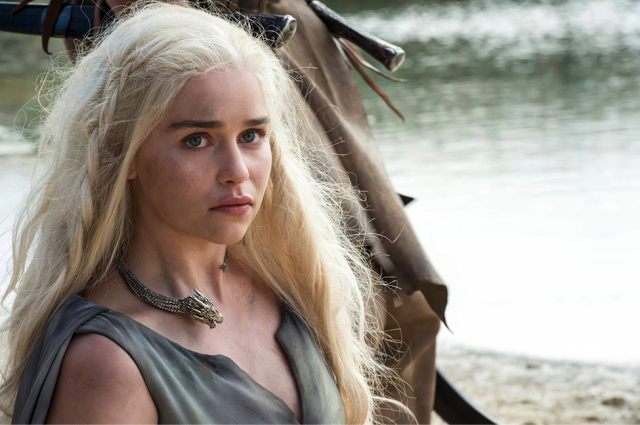 Daenerys Targaryen is looking a bit frazzled ever since she was discovered by that group of Dothraki in the barren desert. From this image, it doesn’t appear that she’s been reunited with her new kingdom or her followers anytime soon. 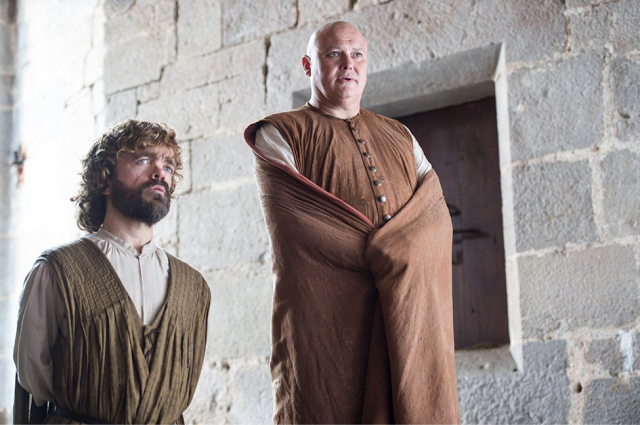 Tyrion Lannister (Peter Dinklage) and Varys (Conleth Hill) are holding down the fort for her…we hope. 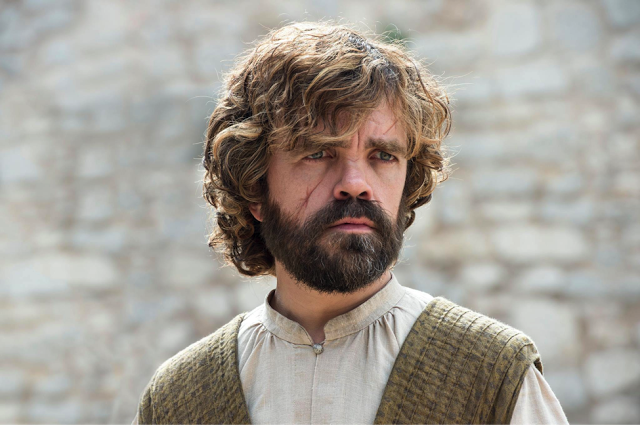 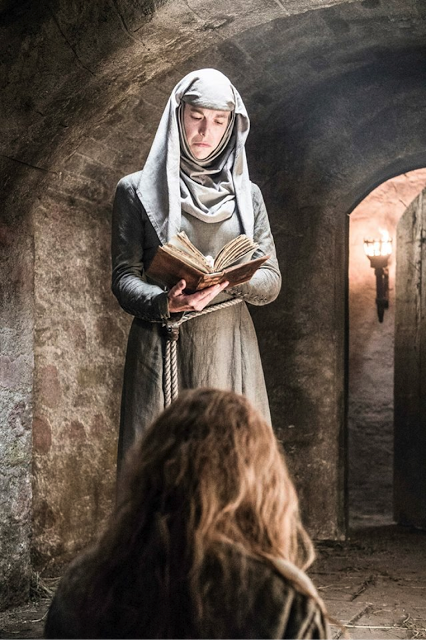 Shame, shame, shame, It appears that Margaery Tyrell (Natalie Dormer) is still in the clutches of the High Sparrow and Septa of the Faith of the Seven (Hannah Waddingham) when the season begins. 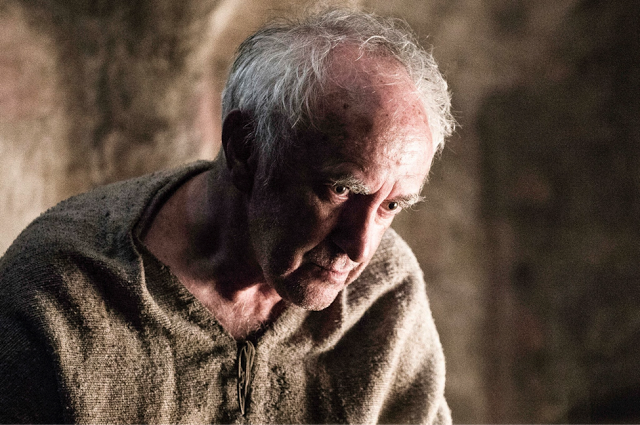 Something wicked this way comes: The High Sparrow himself, trying not to look smug (Jonathan Pryce) 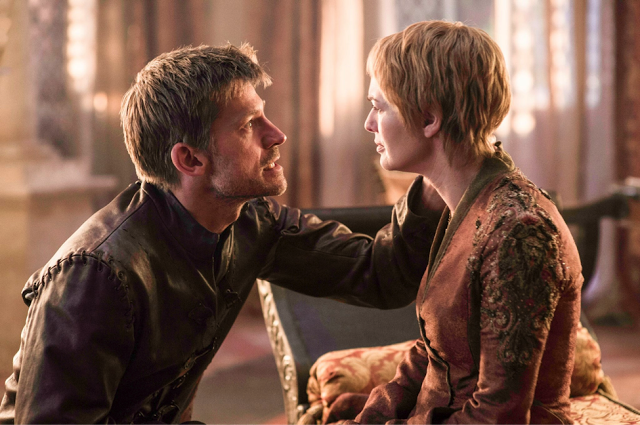 Jaime (Nikolaj Coster-Waldau) and Cersei (Lena Headey) share a moment. The former Queen appears to be recovering after her walk of shame and her rescue from the larger-than-life newest member of the Kingsguard. 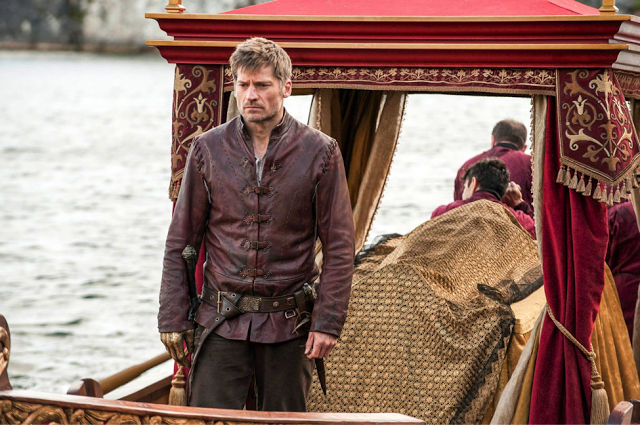 Jaimie looking sullen as he returns with the body of his daughter Myrcella Baratheon, who was poisoned by Ellaria Sand in a fatal final kiss. 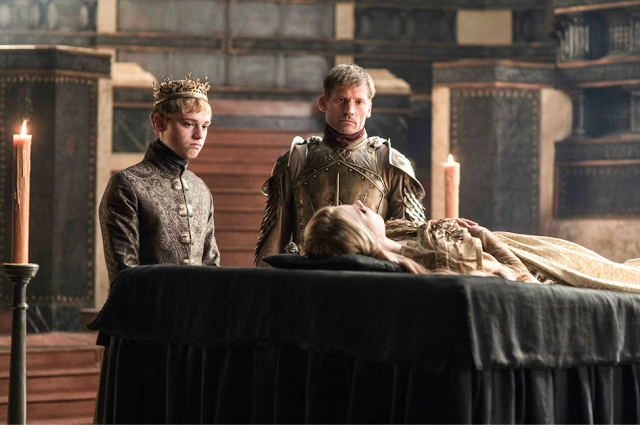 A family mourns the passing of a princess. 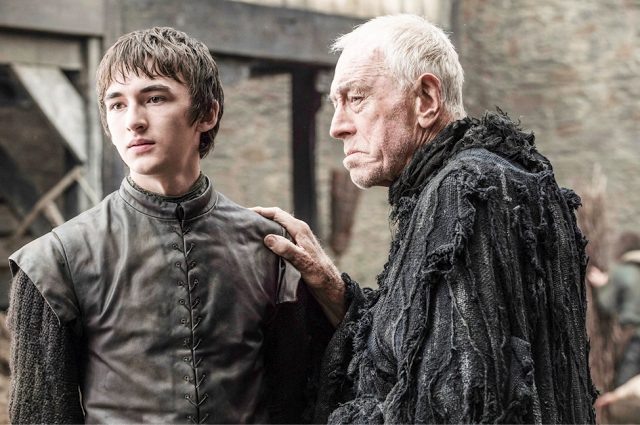 Bran with the Three-Eyed Crow (Max von Sydow), who has been teaching him a few tricks over the last few months. 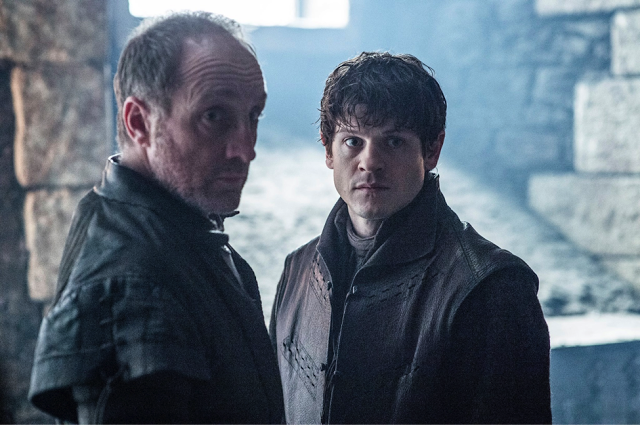 Roose and Rheon Bolton (Michael McElhatton, Ramsay Bolton) are still around and wanding around the former Stark headquarters like they own the place. 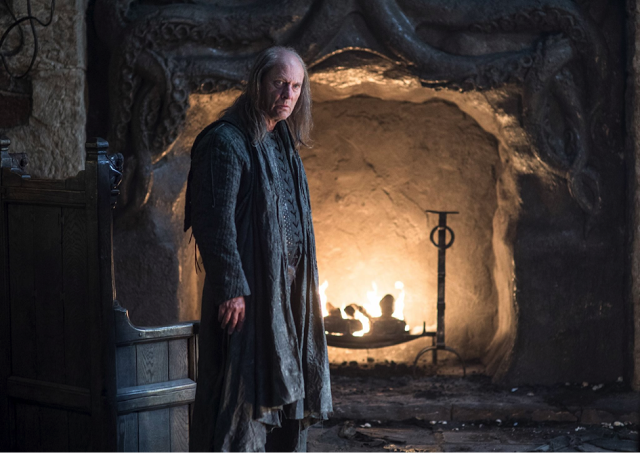 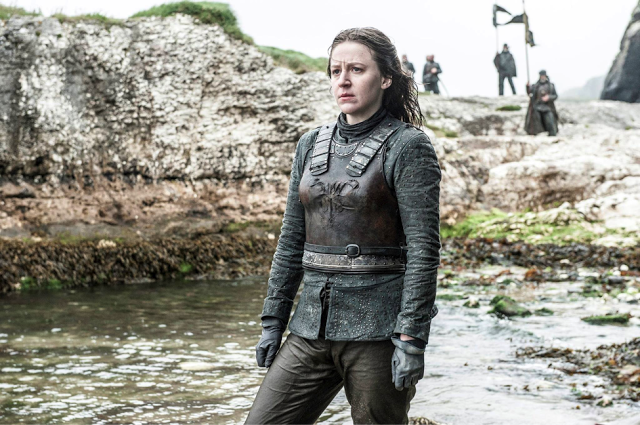 And Yara Greyjoy (Gemma Whelan), who attempted to rescue her brother and failed after he was unable to break the free of Ramsey’s psychological torture. 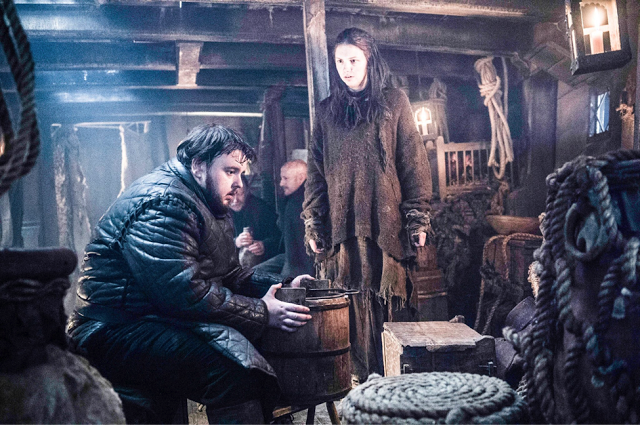 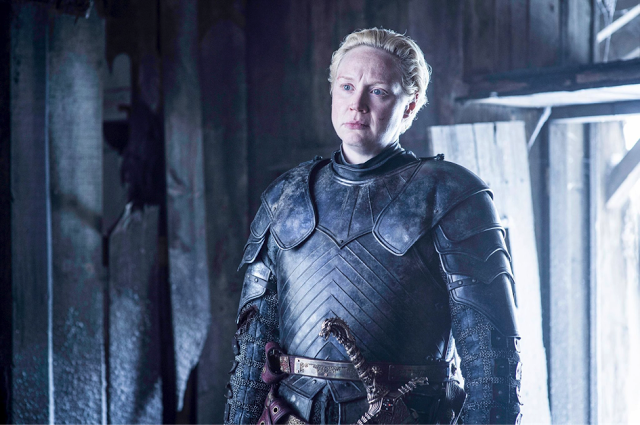 Brienne of Tarth (Gwendoline Christie), aka Captain Phasma without her helmet. Was last seen killing sort of slaying Stannis. Or so we assume. 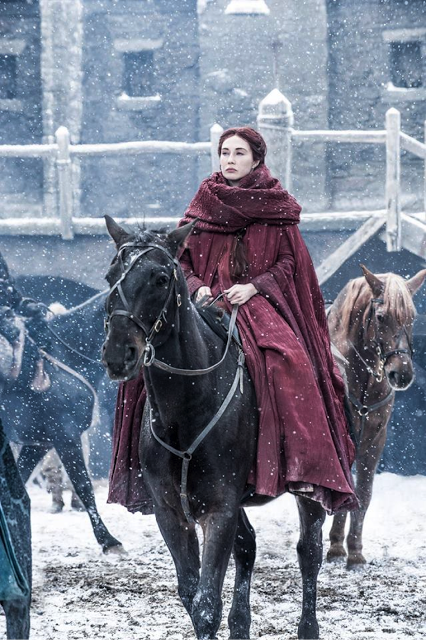 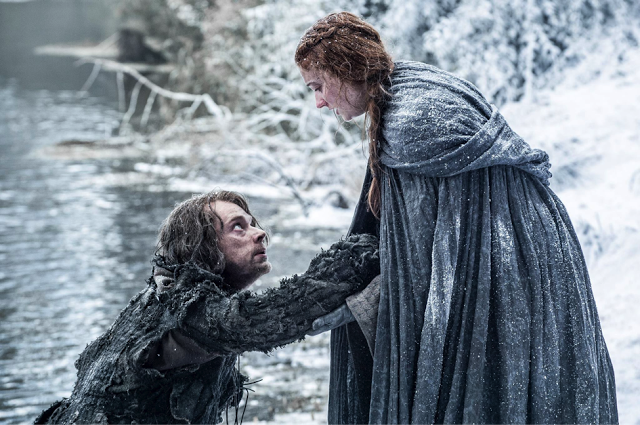 Theon Greyjoy (Alfie Allen) and Sansa (Sophie Turner) successfully survive their leap of faith from the Stark tower to freedom.

No images of Mr. Snow. HBO is still playing that card close to the vest.