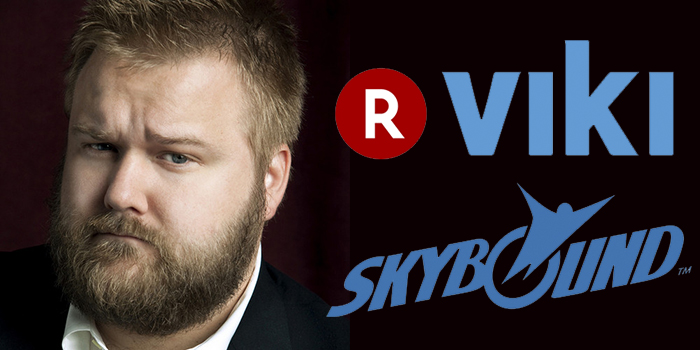 Viki, the global TV site powered by fans, has announced that it is partnering with Skybound Entertainment to produce “Five Year,” a series based on an original story by “The Walking Dead” creator Robert Kirkman. The pre-apocalyptic series, about a family living under the threat of a deadly meteor headed toward Earth, will be filmed as a Korean drama.

“This has been a story I have wanted to tell for quite some time, but David [Alpert] and I wanted to make sure it found a proper home where it could grow and breathe creatively. Looking at what Viki has done in not only the dramatic series space, but transforming the way viewers consume and translate media, we knew immediately ‘Five Year’ had found its home,” said Robert Kirkman, CEO and co-founder of Skybound Entertainment and creator of “Five Year.”

The series will debut its first 16-episode season on Korean broadcast television and worldwide on Viki. The series will take place over the course of five years with five seasons anticipated. Filming will begin later this year.

As devoted fans of Korean cinema, television, and culture, we’re thrilled to be launching what we hope is the first of many collaborations with the Korean entertainment industry. “Five Year”, which tells the story of one family dealing with the impending apocalypse, is the perfect property to launch our partnership. It highlights the intense interpersonal moments that Korean dramas capture so well, and sets them against the epic backdrop for which Skybound has become known,” said president and co-founder of Skybound Entertainment David Alpert.

“In many ways, Viki and Skybound represent the future of global entertainment, particularly with Hollywood-Asia collaborations and VOD platforms like Viki leading distribution and fan-building,” said Tammy H. Nam, CEO of Viki. “We’re thrilled to be working with the creators and executive producers of one of the most popular TV series of all time. The fact that David and Robert wanted to make ‘Five Year’ as a K-drama is a testament to the massive global popularity and quality of Asian programming.”

“Five Year” is the second original series produced by Viki. “Dramaworld,” a 10-episode miniseries set in Los Angeles and Korea with a multinational cast and crew, will debut spring 2016 on Viki.com. “Dramaworld” is a co-production with China’s Jetavana Entertainment, EnterMedia Contents, and Third Culture Content.

Stream On: New to Netflix for December 2020

The holiday season is here, and because we were all such good boys and girls during a dumpster fire of a year, Netflix rewards...