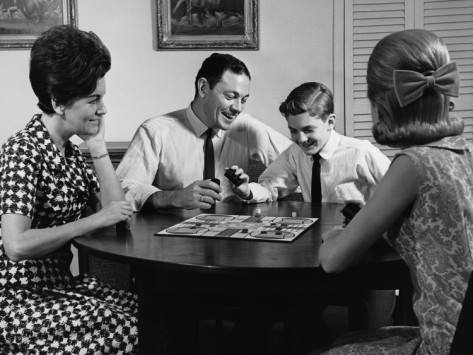 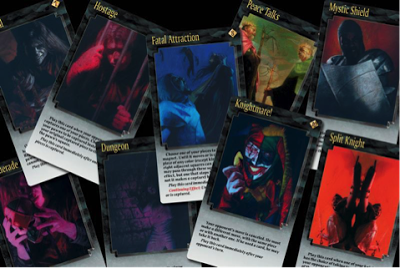 Chess is the perfect game if you’re a concentrated and patient strategist. For those who depend on a bit of luck factor to have any chance of winning then there are, of course, better games than chess. Unless you are able to make logical calculations quickly, the game is going to be nothing more than one tedious and painful descent into embarrassing defeat. That’s exactly why Knightmare Chess has become such a popular variation of classic chess. Developed by Steve Jackson games, Knightmare Chess introduces a pack of cards to be played at each turn. Every card will change a default rule of chess, allowing pieces to move in different ways or even removing them from the board entirely. The game is immensely unpredictable, where players can go from winning to losing with the draw of a single card. 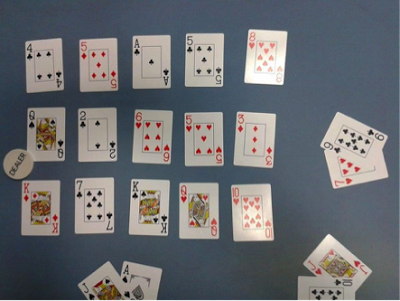 The strategy-bluffing combo of poker makes it a popular game for social gatherings. Unlike with chess, poker allows enough luck factor for newbies to get a shot at winning. It’s not just about the cards you’re dealt, but what you do with them. If you’re in the mood to revamp the classic Texas Hold’Em, you might want to try Crazy Dutchie. Players are dealt three cards, one of which must be passed on the player to your left. Players can then discard any card they wish, leaving them with two hole cards. Three sets of river, turn, flop are then dealt – one above the other. The player who can make the most hands win. Confused? Let these drunken poker players explain. 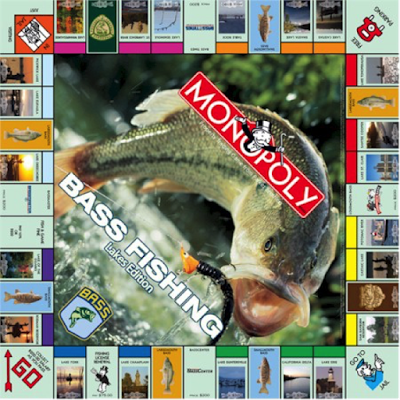 The sheer number of Monopoly editions produced by Hasbro will leave you feeling impressed and maybe a bit confused. There are those variants which make perfect sense from a marketing perspective; cashing in on people’s fandoms with the likes of World of Warcraft Monopoly, Pokemon Monopoly and even an AC/DC edition. Monopoly also appeals to home proud individuals with location-specific variants like Boston Monopoly. Things start to get weird, however, with the likes of the Heinz Ketchup variant or the ‘Dot Com’ special edition (released in the late 90s when the internet was still blowing minds). Our favourite? Monopoly Bass Fishing Edition. It doesn’t get weirder than that. 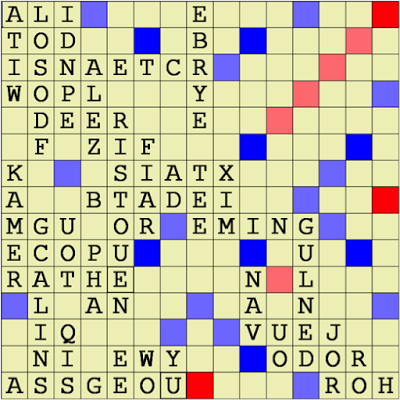 One of the few Scrabble variants accepted at official Scrabble tournaments; Clabbers changes just one game rule to result in a fantastically fun variation. The game is basically identical to the original except that instead of spelling out words, players must form anagrams of words. If an opponent isn’t convinced your selection of tiles can actually form an accepted word then they can challenge you, at which point you must give at least one example of a word that could be made from rearranging the letters. Clabbers is often considered easier, and typically more fast-paced, than regular Scrabble. 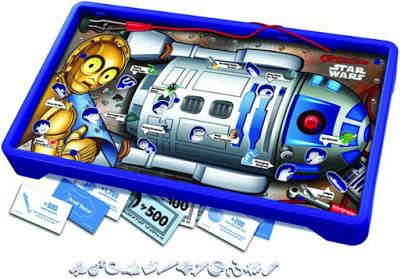 It seems like every kid over the past 50 years owned an Operation game at one point. In fact, the Hasbro franchise is so popular that it’s currently valued at $40 million. If you’ve always fancied yourself more of a mechanic than a doctor, or if you’re just put off by Cavity Sam’s unsettling red nose and flabby body, maybe the Star Wars edition of the game will have greater appeal. This version features R2-D2 on the operating table, in desperate need of some repairs. Using the same concept of hand-eye coordination and dexterity, players must use a pair of tweezers to remove parts out of R2D2 without touching the edge of the openings in which they are lodged. Touching the electrical wire loop of the opening will sound a buzzing noise, though a sad “bleep boop beep” would be more appropriate for this particular edition. 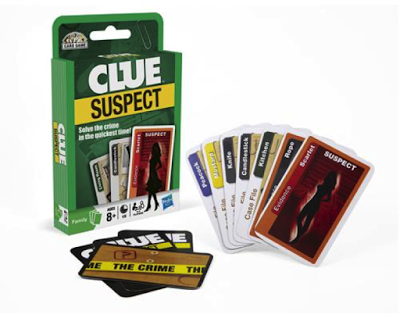 Winning Moves released a single-player version of classic puzzle game Clue whereby the clues are already collected, so one merely has to use critical thinking and deductive reasoning to figure out the killer’s identity. Though the variation received positive reviews, Winning Moves discontinued Clue Suspects just a few years after its initial release. There are still some copies in circulation that you can get your hands on for a reasonable price (perhaps a worthy investment considering its collectors value). All in all, Clue Suspects is a suitable variation for when you’re killing time on a solo train ride….or, if you just don’t have any friends. 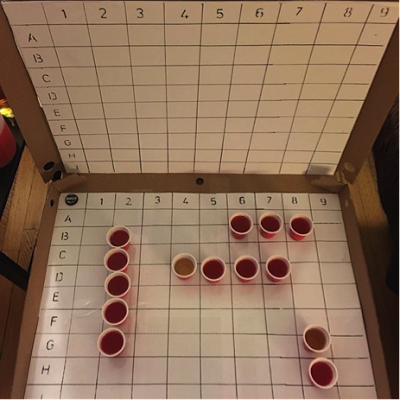 Also known as ‘Battleshots’, this boozy take on Battleship doesn’t need much explaining. Designate a type and quantity of drink for each main action, and then let the game drunkenly unfold in its own time. Some suggestions for drinking commands can be found here. Alternatively, players can make their own playing boards and physically place the shots on the tiles, as indicated in the below image. 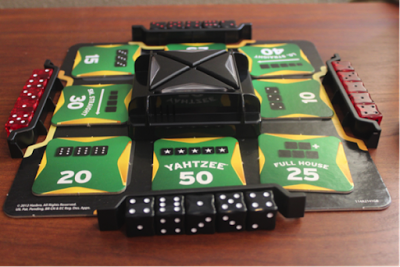 The traditional Yahtzee is given a fast-paced twist in this ‘World Series’ variation. Two to four players can take part, simultaneously rolling their five dice in an attempt to match them to cards on the board. When someone gets a match, they can hit a buzzer to ‘lock’ their score. Alternatively, one can roll the dice again and try to achieve a better match. However, as soon as the first player hits the buzzer to lock his or her match, all other players have five second to make a match of their own. If you’re looking for a speedy and straight-forward game for the family, the World Series of Yahtzee might make a good buy. An example of game play can be seen here. 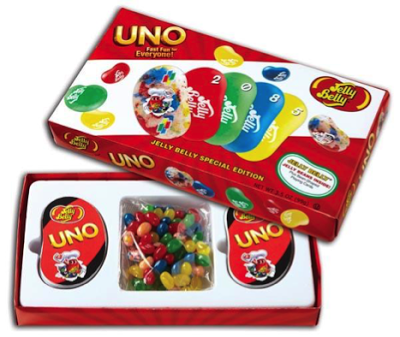 In what must be the most adorable special edition of the game, UNO partners with Jelly Belly beans for a snack-game duo. Inside the pack is a bag of jelly beans along with bean-shaped UNO cards. It’s probably cheaper to buy a packet of UNO cards and bag of Jelly Belly beans separately…but then you wouldn’t have the special shaped cards which make such a cute gift, would you? 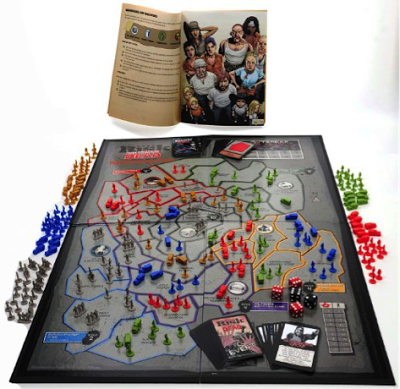 Risk tends to drag on…an on, and on, and on. For a global conquest, a game of Risk is estimated to take around three hours. That’s longer than most people would survive a zombie outbreak. In The Walking Dead edition of Risk, you can play out the humans vs zombies scenario with friends. The map is set in a Southeast region of the USA, throughout which players must battle flesh-eating zombies whilst avoiding scavenging humans who will kill you for your precious resources.