Frequently considered the first – and finest – example of film noir filmmaking in Hollywood, 1941’s classic THE MALTESE FALCON will cast its mysterious shadows on the silver screen once again on Feb. 21 and Feb. 24 as part of the Fathom Events and Turner Classic Movies (TCM) TCM Big Screen Classics series.

In a special presentation for the 75th anniversary of the Warner Bros. classic, TCM host Ben Mankiewicz will offer all-new commentary for THE MALTESE FALCON, which will play before and after each screening. But moviegoers should take note that the opportunity to see “the stuff that dreams are made of” in theaters will be fleeting: THE MALTESE FALCON will play four times only, at 2 p.m. and 7 p.m. (local time) each day.

THE MALTESE FALCON will play in more than 650 theaters nationwide, offering longtime fans of the hard-boiled thriller, directed by John Huston, the rare chance to see it in theaters, while a new generation can discover the secrets of the infamous “black bird” by seeing it on the big screen for the first time.

Originally released on Oct. 3, 1941, as the nation braced itself for the possibility of war, THE MALTESE FALCON launched Huston’s directorial career with the story of high-living lowlifes who will stop at nothing to get their sweaty hands on a jewel-encrusted falcon. Detective Sam Spade, played by legendary Humphrey Bogart, wants to find out why – and who’ll take the fall for his partner’s murder. Tickets to TCM Big Screen Classics: THE MALTESE FALCON 75th Anniversary can be purchased online from Fathom Events. 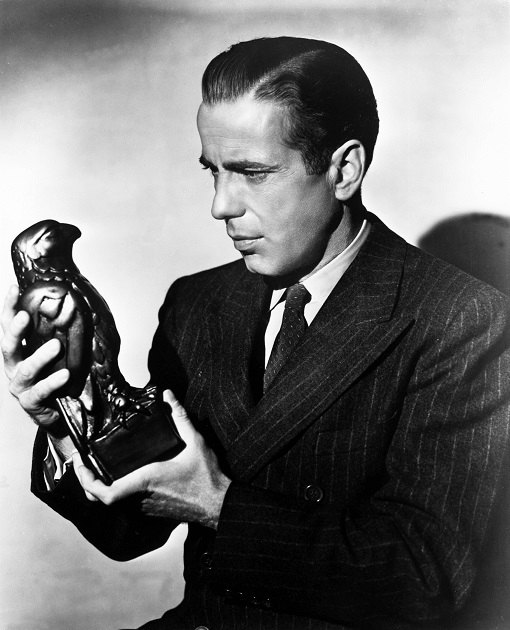