Last week, the internet lost its mind when a report from HitFix surfaced, stating that Warner Bros. is scared Batman v Superman: Dawn of Justice will not fare well in theaters. Reportedly, those who attended a test screening of the film didn’t have the reaction the studio was looking for. The report went on to say that if BvS fails to meet expectations, a standalone Batman film will replace Justice League scheduled for a November 2017 release.

(As of this morning, that rumor was confirmed false, as it was announced that Justice League Part 1 would begin shooting on April 11th)

This week, computer scientists have produced an algorithm based on data compiled from 2,506 movies released between 2000 – 2010. The end result was that Batman v Superman only has a 32% chance of making a profit.

Wasn’t there a report a couple of months ago that Warner Bros executives loved the film and they especially loved Ben Affleck’s Batman? What about the other rumor regarding Lois Lane’s love affair with Detective Chimp?

All joking aside, I totally understand where the anxiety and paranoia is coming from. The budget of Batman v Superman is reportedly $410 million, which means it’s the most expensive film ever made. From a studio perspective a “good” reaction to a film carrying that price tag is not good enough. The operative word needs to be “great” in order to achieve success.

The fan perspective is a passionate one. Green Lantern failed to usher in the DC cinematic universe and we had to wait two more years until Man of Steel hit theaters in 2013. Now, in 2016, the two most iconic superheroes of all-time are set to do battle and the studio that will present this film is putting most of their eggs in one basket.

Of course we’re worried, and it’s ok to be cautiously optimistic, even flat out scared, that this movie will absolutely suck. The characters of DC Comics are black and white, but the shades-of-gray world they reside in makes their choices intriguing. There is no clear cut right or wrong answer as to who’s had the better superhero ideology. Hopefully, Warner Bros can make that appeal across the board with audiences.

On a side note, the one rumor that seems to remain the same is how bright Ben Affleck’s Batman shines on screen! 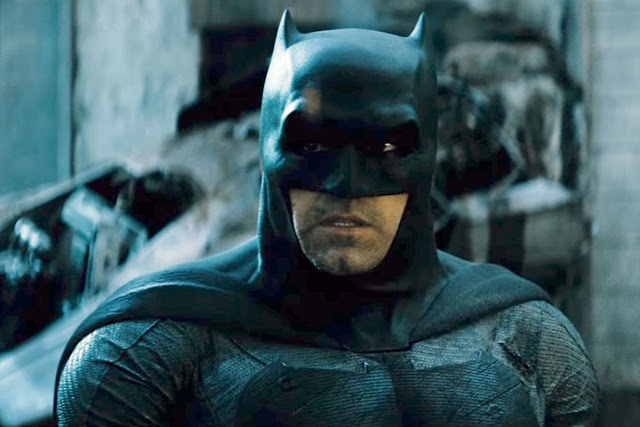 Hopefully, this is true, because if so, regardless of the overall film, a new Batman franchise will be born.


Knight vs. Day: Battles of the Past 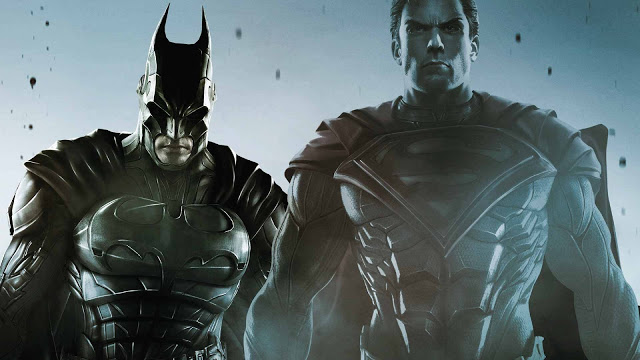 Perhaps the most bitter conflict between Batman and Superman occurs in Tom Taylor’s critically acclaimed digital series, Injustice: Gods Among Us. Normally, promotional comics outside of the regular continuity have a sense of hollow storytelling because you know that none of it really matters in the overall scheme of things.

Tom Taylor takes the gloves off with an emotionally charged narrative that carries and conveys the enormity of every decision our heroes make. The story revolves around Superman’s turn from truth and justice when, through tragedy, The Joker enlightens the Man of Steel on just how cruel this world can truly be. 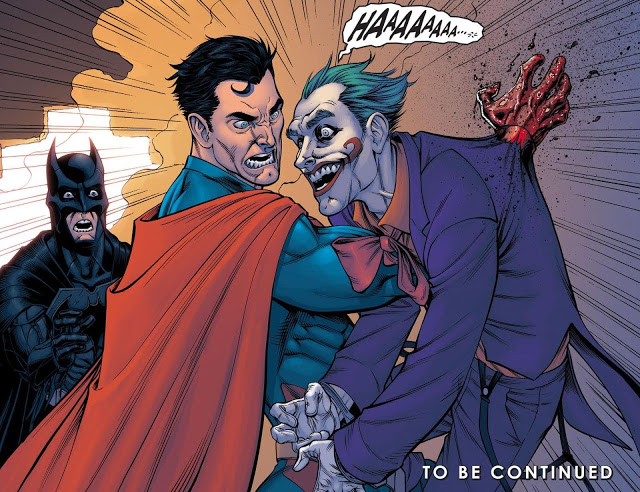 Superman obtains complete control of the planet and his tyrannical reign seems absolute as the remaining forces of good, led by Batman, plot from the shadows to overthrow the once-christened, Earth’s greatest hero. Batman tried to be the voice of reason, but his pleas fell on deaf ears.

The BvS trailers highlight Batman’s concerns over Superman’s amazing power being unchecked. Here, Superman goes past the point of no return, and even holds Batman accountable for refusing to kill bad guys in pursuit of rehabilitation. Superman snaps Batman’s back, á la Bane, forcing The Dark Knight to lead his team from the shadows if there is any chance to make the world right again. 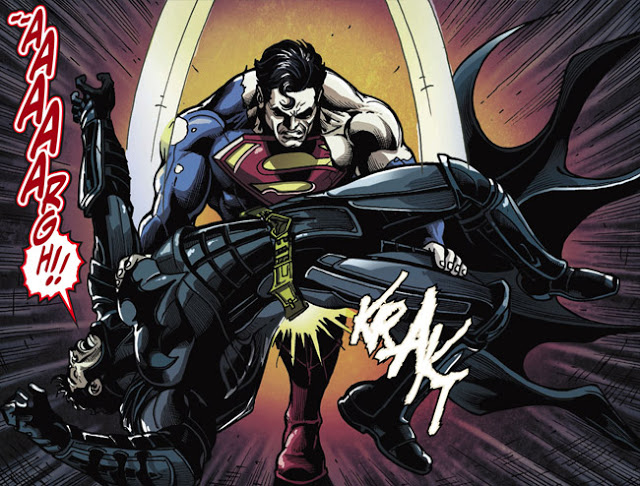 Tom Taylor pulls no punches, and the art and coloring of Jheremy Raapack and Andrew Elder visually display a great story that shows what the world would look like if Ben Affleck’s fears about Superman come true. 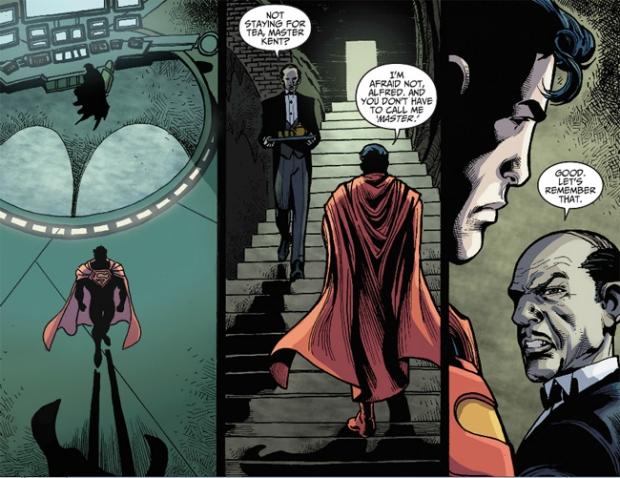