One of the nice things about this time of year is how, as winter
descends and TV shows take a winter hiatus, it gives me time to catch up on
some things I missed in the past year.
One of those things is movies.
For whatever reason, I didn’t get out to the theaters much this past
summer. Aside from Furious 7, Mad Max: Fury Road and Dope, I wasn’t there. 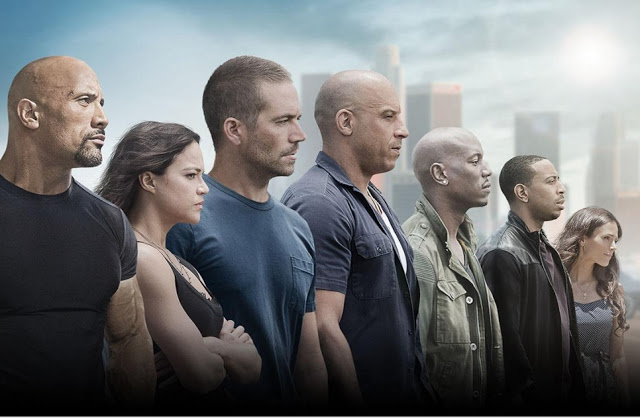 On a weekend with Winter Storm Jonas descending, I watched Ant-Man and
Avengers: Age of Ultron, one day after the other. And my experience illustrated
exactly where I am with superhero movies at this point.
Age of Ultron had pyrotechnics, humor, world-building and the reveal of
the Infinity Gauntlet. It had knockout action sequences, planet-hopping
adventure, Hulk-Black Widow romance, Hawkeye’s off-the-clock life, and a
devilishly vain James Spaderbot. 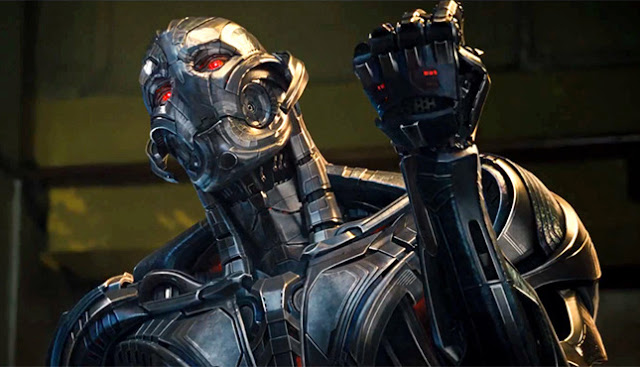 And yet … and yet … it felt utterly joyless, tired and overburdened.

In
other words, the fun was gone.


I’d read over the summer how writer/director Joss Whedon felt burnt out
finishing Age of Ultron, to the point of retiring from Twitter and all that.
And goodness, that tiredness shows on screen, in a plot that felt labored with
so many balls to keep in the air, so many setpieces to conquer.
After all, this was the Avengers in another Marvel movie! You know,
they’re the breezy, fun ones as the war between The Big Two raged anew
in the multiplex.
For years now, superhero movie nerds have chided DC’s cinematic failure
Green Lantern as ridiculous and charmless studio mash, and mixed bag Man of
Steel as hollow, self-serious, pretentious melodrama.
Yet as I watched Age of Ultron, and felt it stumble in the leaden boots
of a figure straining to hold up blockbuster franchise made up of other
franchises.

I watched as one more Marvel movie dealt, yet again, with a
Reverse-Tony Stark and the consequences of the Stark family’s arms dealing and
technocratic meddling, with the solution being that Tony meddle even more. (Obediah
Stane/Iron Monger, Whiplash, Aldrich Killian, Extremis, Iron Patriot, Ultron.)
I watched a movie that, after Man of Steel and the discussions about mass destruction, presumed civilian deaths and the act of
killing a bad guy, took great pains to usher civilians out of an entire city
floating in the sky. Are we seriously supposed to believe that there were only
three people inside that high-rise? Shit, they even saved a dog! (No talk of sparing civilians when Iron Man took down the Hulk in some unnamed African city, though.)
Even classic Whedon bits didn’t sit well this time. He killed off a
good guy, but it was Quicksilver, to whom we had zero attachment. And Black
Widow’s backstory and anguish over being sterilized drew criticism of reducing
a dynamic character to a woman with a stale, can’t-have-it-all plotline.
I liked Age of Ultron, all in all. But the fun was gone.
And I don’t
mean fun as in dumb, zany, kooky fun. I mean the fun of when something knows
what it’s trying to be, and just plays in that space well.
Age of Ultron is a giant, three-ring-circus kind of a superhero movie,
and that’s fine as long as the show keeps moving along with all the thrills and
spills.

In that regard, I thought Furious 7 was a more fun superhero action
team movie by knowing it’s a big, dumb popcorn movie stocked with brilliant
stunts, preposterous setups and cockamamie logic that won’t matter as long as
it cracks you up and blows your hair back. That was fun.

Maybe I felt this way even more because I saw Ant-Man the previous
night. 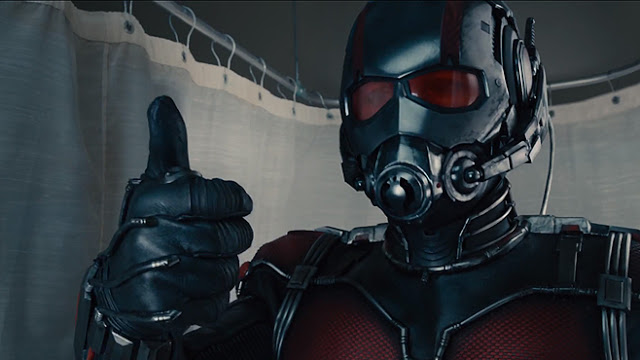 Edgar Wright famously stepped away from writing and directing the movie
over creative differences and pressures, the same kind that his buddy Whedon
bemoaned. But the movie has Wright’s touches all over it. If you’re going to
make a movie about a superhero who shrinks, it had better be fun and a little
weird.
And what’s more weird than a superhero riding a flying ant? Or the
inventiveness of Ant-Man and Yellowjacket duking it out in superpowered
destruction that, upon zoom out, is just a Thomas the Tank Engine toy toppling
over? 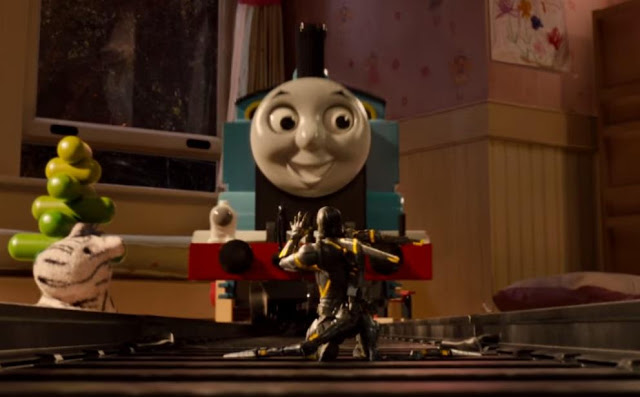 When you add comic actor Paul Rudd and Michael Douglas, an
Oscar-winning figure of film royalty who mastered the action-comedy-romance
genre 30 years ago with Romancing the Stone and Jewel of the Nile, there was no
way Ant-Man could fail at creating a footloose experience.
Right now, I could deal with some more fun, and some more weird, out of
my superhero movies.

Go big, go grounded, go gonzo, go melodramatic. I don’t
care. Just go all the way with it, whatever it is.

So it’s funny to see how 2016 is shaping up for The Big Two on screen.

On
the fun and weird tip, Marvel has Deadpool out on February 12, and DC has
Suicide Squad opening August 5. Two dark, wacky-looking movies about colorful,
potty-mouthed psycho killers and super creeps doing a solid in the name of DGAF
justice. 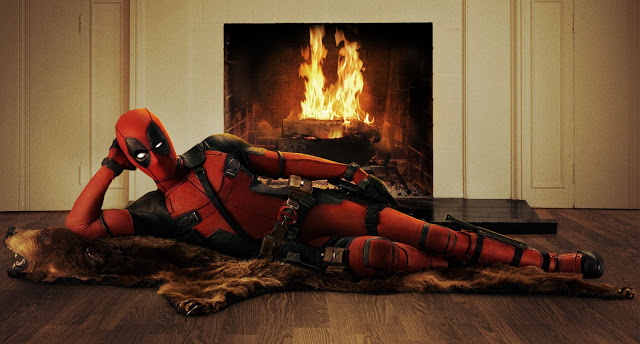 Want super-serious melodrama, fallout from urban destruction, people as
afraid of supervillains as the superheroes who fight them, and heroes beating
each other up in the name of free will and authoritarian overreach?

Oh, and the
film debut of a big-time minority hero, to boot?

Captain America: The Civil War (May 6) and Batman v Superman: Dawn of Justice (March 25) appear to share a lot of the same themes
and color palette.

This time, I likely won’t miss any of these movies when they hit
theaters, whether it be cracked-out irreverence or self-serious superhero
tragedy.