A daring diamond heist in the south of France bears the hallmarks of the supposedly retired “Pink Panthers,” a gang famed for their bold daylight raids and movie-style getaways. It seems like the perfect crime—until a young girl is killed in their escape. This sets a British insurance-loss adjuster (Oscar nominee Samantha Morton), a former MI-6 officer (Oscar nominee John Hurt), a French-Algerian cop (Tahar Rahim), and a Serbian soldier-turned-thief (Goran Bogdan) on a dangerous collision course across Europe. What starts with diamonds leads to guns, drugs, high finance, and corruption at the heights of power.

Shot in seven countries and five languages, this “thrilling reinvention of the heist drama” (The Independent) was inspired by the real-life Pink Panthers, who terrorized Europe’s jewelers for a decade. 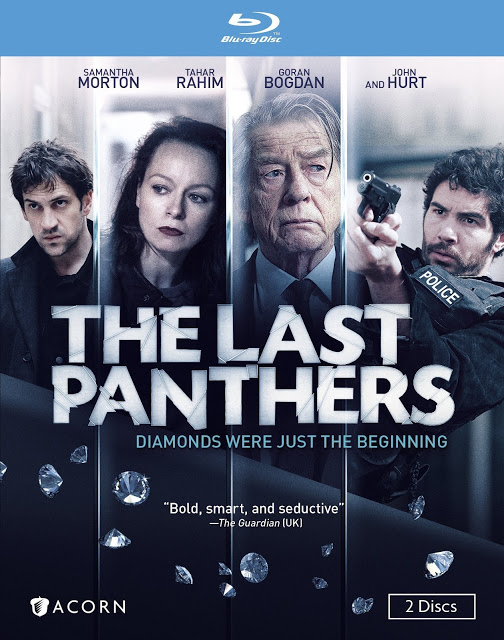