For this installment of Cool Shirts, I took a look at some of the shirts from Nerd Kung Fu, which might very well have the largest selection of pop culture t-shirts that I’ve ever seen.  Among their latest additions are over dozens of new designs centered on Daredevil, Captain America: Civil War, The Blues Brothers, The Breakfast Club, Back to The Future, Moon Pies, Def Leppard, Evel Knievel, The Karate Kid and plus a huge new selection of Dickies work shirts!  They also carry shirts in sizes small through 7XL and the site is filled with lots of nerdy trivia on the history of t-shirts! 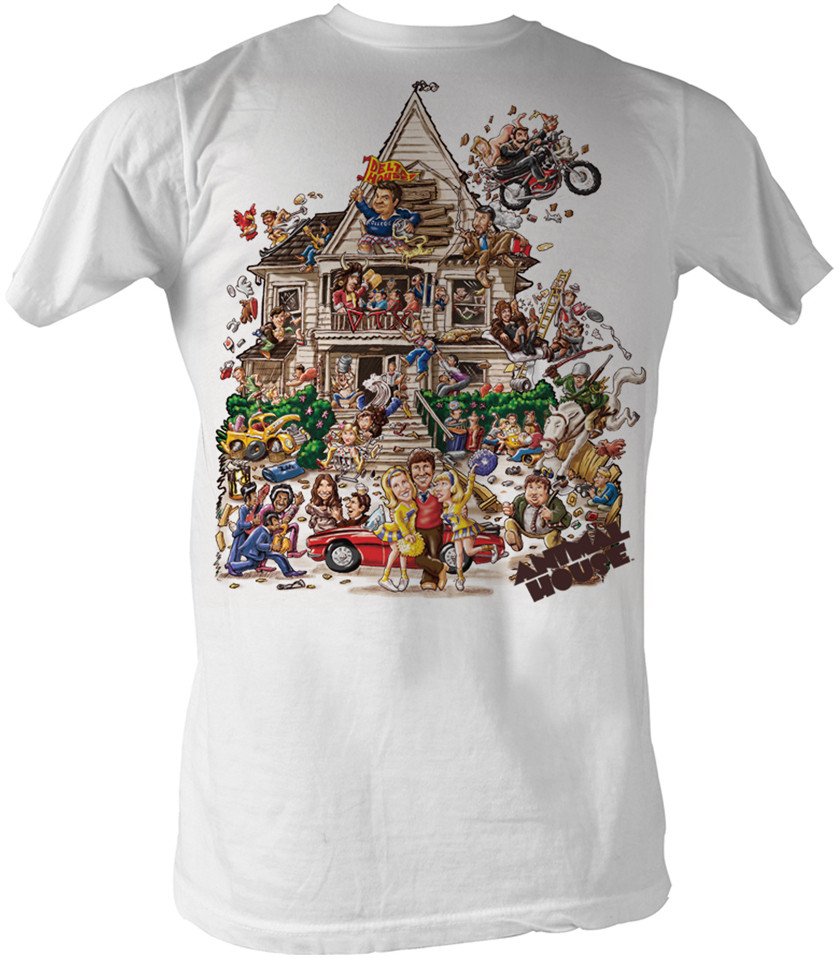 Rick Meyerowitz illustrated this iconic image that served not only as the poster to the film, but also remains one of the best caricatures in the history of pop culture.

All of the film’s characters are here including the Deltas, Otis Day and The Knights, Dean Wormer, The Omegas, Mandy Pepperidge and Babs Jansen, Professor Dave Jennings and Mayor Carmine DePasto.

This shirt is phenomenal and captures the spirit of one of the best motion picture comedies of all time.

And once again, my condolences to the family and friends of the late Fawn Liebowitz, the Emily Dickinson College sophomore who died tragically in a kiln explosion.

Good evening ladies and gentlemen, and welcome to the constant of fashion, this cotton t-shirt.

Well, here it is, the 2016 going on 1975. You know, so much of the music we hear today is all pre-programmed electronic pop, we never get a chance to hear master blues men practicing their craft anymore.

By the year 2026, the music known today as the blues will exist only in the classical section in a computer cloud. So tonight ladies and gentlemen, while we still can, check out this fine shirt depicting, from Rock Island Illinois, the blues band of Joliet Jake and Elwood Blues, the Blues Brothers…

Now, who wants an Orange Whip? 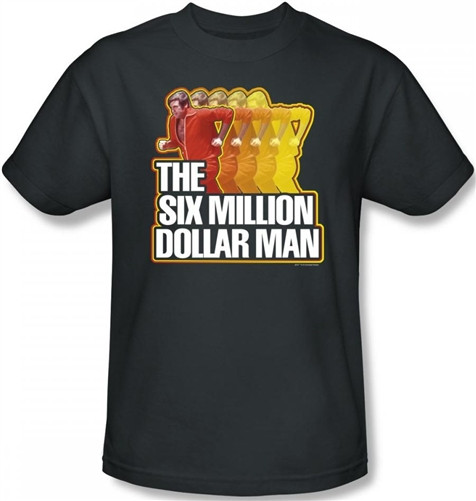 One of the greatest icons of the seventies, Lee Majors portrayed astronaut Colonel Steve Austin, who crashed an experimental lifting body aircraft, he is “rebuilt” in an operation that costs six million dollars.

Dr. Rudy Wells, under the direction of Oscar Goldman, head of the Office of Scientific Information, operates on Col. Austin, replacing his damaged body with bionic impants in his right arm, both legs and the left eye that enhance his strength, speed and vision far above regular human norms.

The Six Million Dollar Man is just a normal man.

And he runs fast in slow motion….