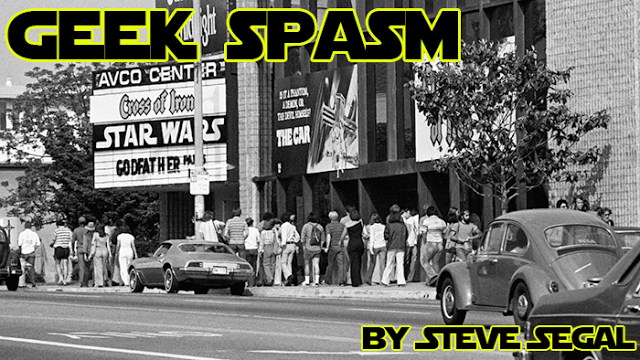 The super-sized box office of the decidedly hard-R-rated Deadpool has Hollywood rewriting the playbook on comic book/graphic novel adaptations.

Considering the enthusiastic global response, you’d think nobody had ever made an R-rated super-hero movie adaptation before.

Obviously, Deadpool’s frothy mixture of self-deprecating humor, hilariously profane dialogue and hyper-stylized gore struck just the right balance, but it also hit at precisely the right time—amid a spate of samey-samey Marvel movies and a heightening franchise fatigue that seems to be getting more intense every season. What better way to shake up the growing super-hero malaise than to have a snarky anti-hero dropping F-bombs while decapitating bad guys?

Suddenly the “hard-R” is back in fashion again, and after a generation of watered-down tailored-for-PG-13 franchises, prepare for a spate of raunchy, gory and/or too-intense-for-children comic book movies:

Days before the theatrical release of Batman v Superman: Dawn of Justice, the filmmakers announced the upcoming “Ultimate Edition” cut on Blu-ray would be 30 minutes longer and has already been rated R for violence.

Though it seemed like the makers were apologizing to fans in advance for the PG-13 theatrical cut of BvS, you can’t deny the publicity buzz surrounding the “R” rating has made this imminent “Ultimate Edition” something of a must-see event.

More than learning exactly what pushes BvS beyond the boundaries of a PG-13 to an R, I am eager to see how many of the movie’s gaping plot holes are filled in with the extra footage. 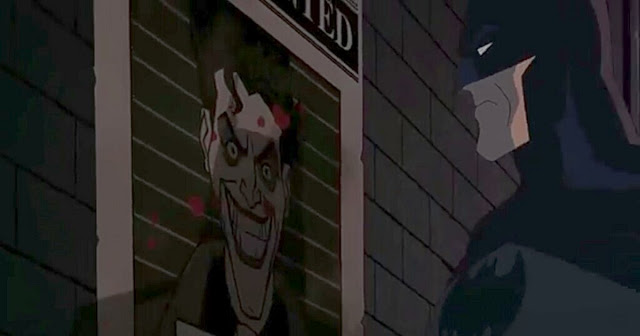 The upcoming straight-to-DVD animated movie about the origins of the Joker may not seem to warrant mention here since the movie is not getting a theatrical release, but DC says this picture is indeed part of their burgeoning DC Movie Universe so we’ll give it a proper shout-out. 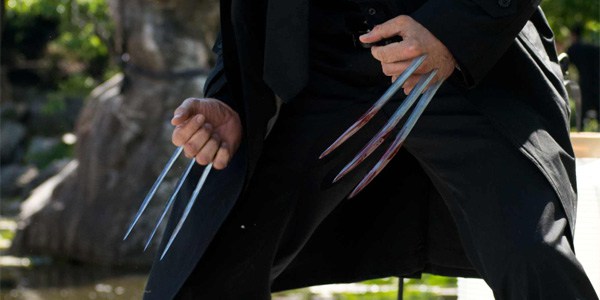 The second Wolverine movie arrived on Blu-ray in an unrated “Extended Cut” that clearly would have earned an “R” in theaters—for graphic bloodletting galore and a few choice swear words.

The third and supposedly final Wolverine spin-off currently in pre-production is purportedly an “Old Man Logan” adventure and will aim for a bloody berserker full-R rating. 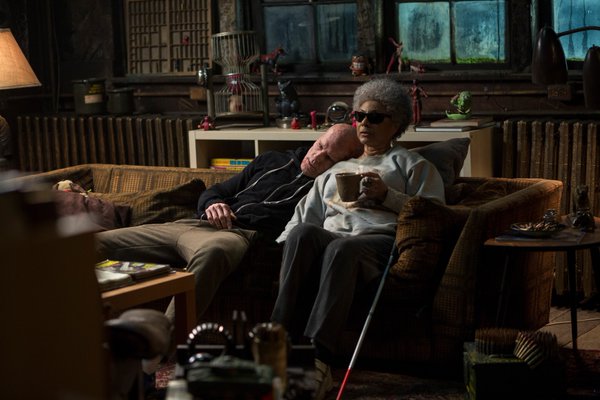 I have high hopes the filmmakers can muster the same bravado next time and outwit themselves with more outlandish gags and astonishing vulgarities for the sequel, because by the time part two rolls around, everyone will be doing it and I suspect the R-rated Superhero Fad will have already begun to fade.

In closing, here are my picks for the top 5 R-rated comic book/graphic novel flicks featuring either superheroes or mere super-bad-asses: 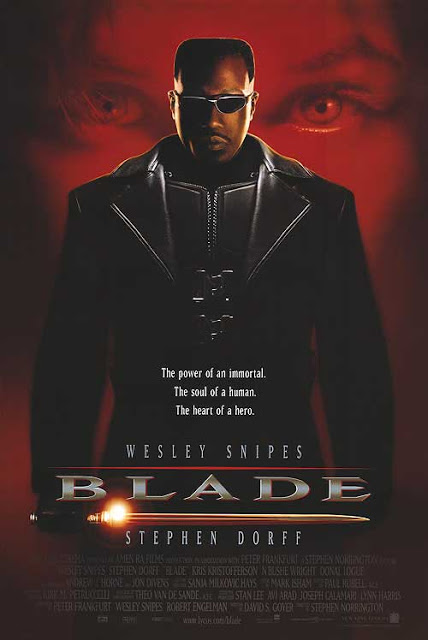 Wesley Snipes brings the swagger as a half-human/half-vampire in this first Marvel movie adaptation to take a sizeable bite out of the box office. Is he technically a superhero?

Hard to say, though he’s definitely a super-bad-ass.

Two sequels have followed so far, but neither is as stylish or entertaining as this one. Blade is pretty hardcore about its slicing and dicing and bloody gore, though the rampant CGI makes it all seem harmless and soulless, in a video-game mayhem sort of way. Still, there are enough impalements and decapitations to fill out a series of Samurai films. 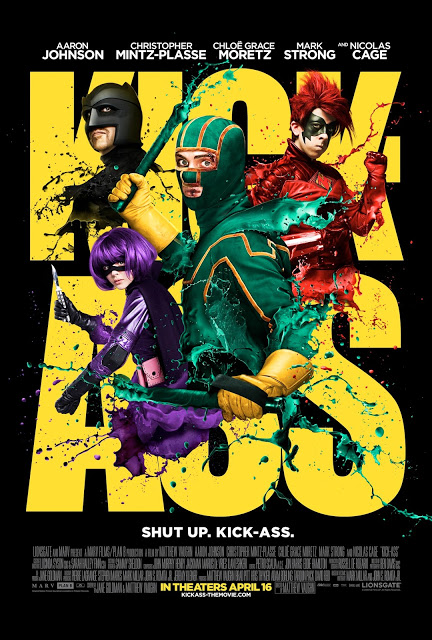 A raunchy, deliriously violent superhero movie about vigilantes with costumes but no super powers, it’s about as close in style and tone to Deadpool as any previous comic book/graphic novel adaptation to date.

Skip the sequel, which echoes the original’s flippancy and bone crunching, but ignores its irony. 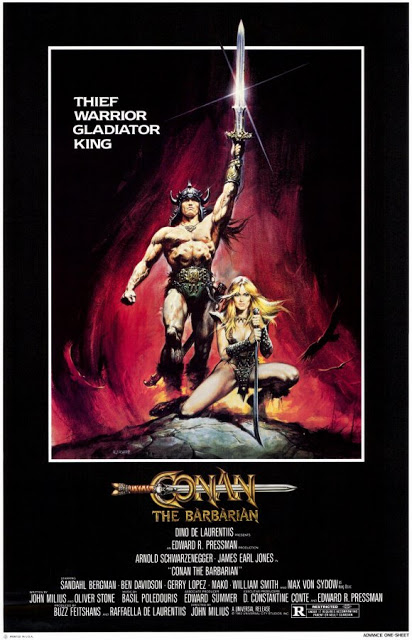 No, he’s not a superhero in the capes-and-tights sort of way, but this epic and savagely violent adaptation of the comic strip hero definitely fits the category. The film announced the arrival of Arnold Schwarzenegger and cemented the reputation of director John Milius as a man among men of tough-guy moviemakers.

The campy PG-rated sequel Conan the Destroyer is good for a few yuks and thrills, but stay away from the risible 2011 Conan the Barbarian reboot/remake. 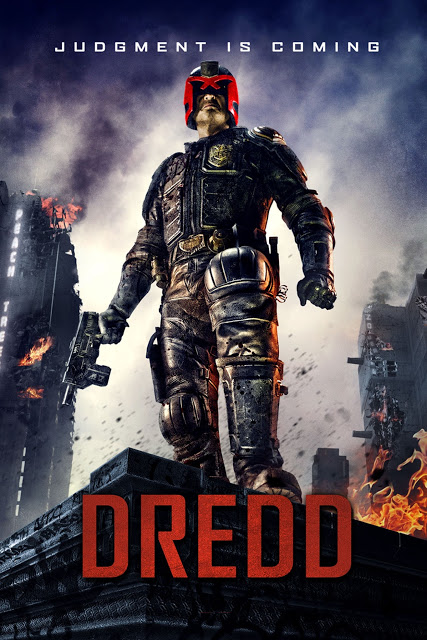 Sylvester Stallone’s disjointed 1995 version is splashier and more colorful, and also rated R for violence, but Dredd is the rare case in which the remake/reboot is far superior to what preceded it.

As with the character of Conan, Dredd may not fall into the typical “superhero” genre, but since he was sprung from the pages of comic books/graphic novels and is most definitely a super-bad-ass, he meets the criteria. 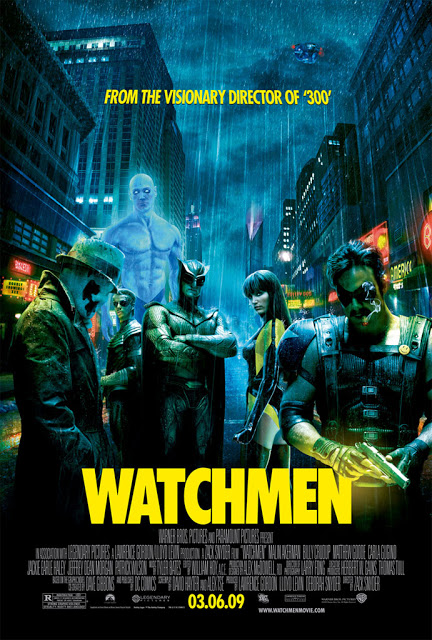 Zack Snyder’s sprawling three-hour adaptation of the seminal graphic novel is a visual bonanza, dense of plot and characters, and has enough brutal violence and splattery gore to satisfy the bloodlust of the most hardcore adult fans…and also features more full-frontal male nudity than any other Marvel or DC movie has ever dared to reveal.