More than 60 years after its original release, ON THE WATERFRONT, director Elia Kazan’s classic tale of crime and corruption among unionized dock workers in New York and New Jersey, returns to movie theaters as part of the Fathom Events and Turner Classic Movies TCM Big Screen Classics series.

For just four screenings only — two each day — in more than 600 theaters, the TCM Big Screen Classics series gives movie buffs nationwide the chance to experience the second collaboration of Marlon Brando and Kazan, following A Streetcar Named Desire, along with the acclaimed performances of Eva Marie Saint and Karl Malden, and a still-searing, Academy Award-winning screenplay by Budd Schulberg.

Filmed in just 36 days on-site in Hoboken, New Jersey, ON THE WATERFRONT tells the story of struggling dockworkers forced to play dumb to the crime and murder taking place under their mob-tied union boss, Johnny Friendly. Brando, who plays an ex-boxer turned mobster, faces the decision to testify against Friendly after witnessing a murder. A true contender during the 55th Academy Awards, ON THE WATERFRONT won eight of its 12 nominations, including Best Picture, Actor, Director, Writing, Story and Screenplay. 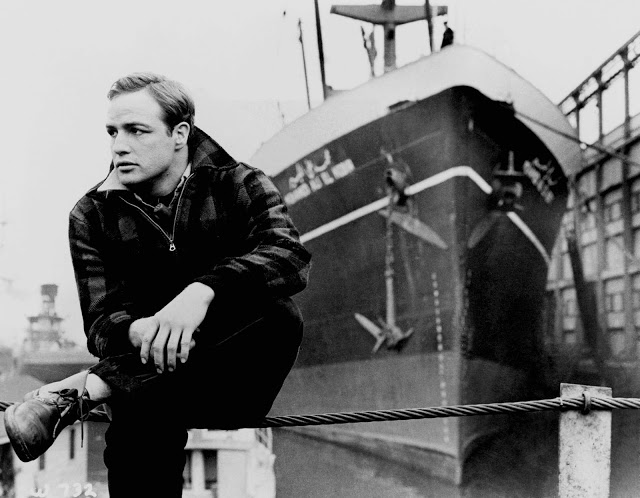 TCM host Ben Mankiewicz will present all-new commentary for ON THE WATERFRONT both before and after the feature. Tickets to TCM Big Screen Classics: ON THE WATERFRONT can be purchased online from Fathom Events.