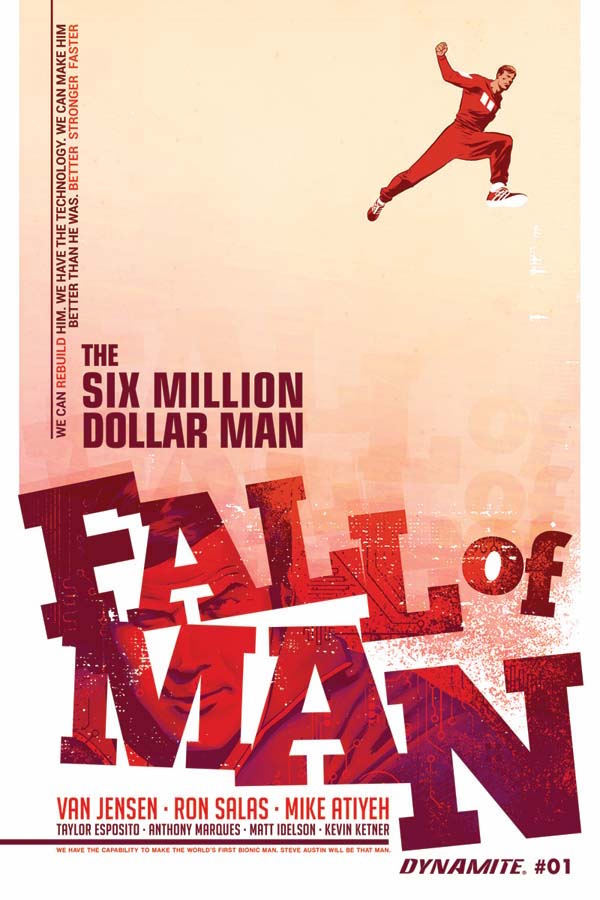 The year is 1979. Iran has seized American hostages. Columbian drug cartels run rampant. And Le Chic’s “Freak Out” dominates the charts. Amid this deeply troubled world, Steve Austin – everyone’s favorite Six Million Dollar Man – is America’s best hope in its fight against innumerable enemies. When Steve discovers disturbing secrets in OSI’s past, he uses his cybernetic upgrades to rebel against the agency… but he’ll face plenty of threats, like an enemy cyborg, lasers, and ninjas! 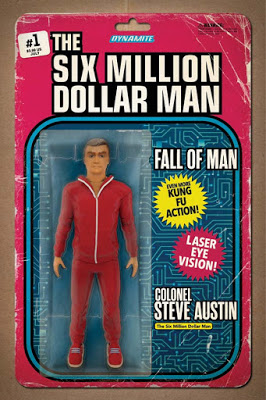 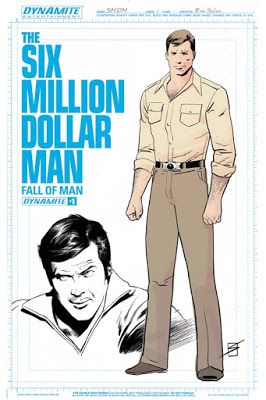 “I was attracted to this book for a lot of reasons,” Jensen says. “I used to cover cutting-edge tech as a reporter, so I’ve long been fascinated with the intersection of technology and biology, and the ethical and moral quandaries of that realm. And working with an artist as skilled and creative as Ron was impossible to resist. And, the cherry on top, we have free rein to make this book big and weird and fun as hell, and we aim to do just that.”

“Six Million seems like a remarkably apt place to begin my Dynamite work” says Dynamite senior editor, Matt Idelson. “In a lot of ways, I feel like I’ve come full circle with my career, and I’m in a place where the work takes front and center. To kick things off working on a character I spent a chunk of my childhood with couldn’t be more perfect.”

“We’ve wanted to work with Van for quite a bit, but the schedules did not work out till now,” says Dynamite CEO/Publisher Nick Barrucci. “We’re extremely excited to see his SMDM story, how he will create the groundwork for the next phase of Steve Austin’s adventures.”

Van Jensen is a comic book writer, best known for his work on The Green Lantern Corps and The Flash for DC Comics. A former newspaper crime reporter and magazine editor, he broke into comics as the writer of Pinocchio, Vampire Slayer, which was named one of YALSA’s Top Ten Great Graphic Novels for Teens. He also has written The Leg: The Remarkable Reappearance of Santa Anna’s Disembodied Limb, Cryptocracy, and Two Dead. A native of western Nebraska, Jensen now lives in Atlanta, GA. 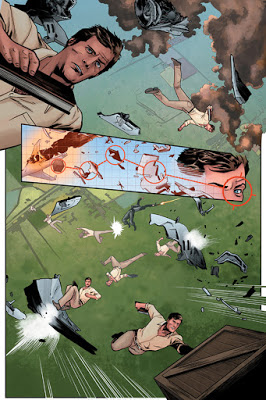 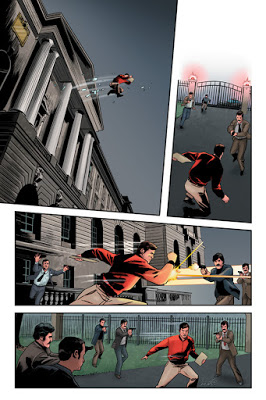 Look for the first issue of The Six Million Dollar Man: Fall of Man on sale July 13th