I may not buy very many games these days and to be honest, I’ve not really needed to since Fallout 4 was released because I am the SMQ (Side Mission Queen) and could drag this game out for months.  I do, however, often browse in local games stores to keep myself up to date.

I recently entered one and was met by a towering wall of video game covers, all different games of varying genres and age ratings yet, something was odd, they all had something in common.

Practically every game displayed in the wall had remarkably similar cover art.

It reminded me of the recent uproar surrounding the game cover art of the latest Doom title; which, in order to appease outraged fans, will now include reversible cover art insert as an alternative – both alternatives were put to a vote and the consensus was that both were widely regarded as better than the actual cover.

One could argue this is a typical example of overly precious fan fury but in this case their outrage is completely justified. If I presented the first image without mentioning the title, it would be incredibly hard to discern what this game was, let alone that it was a long-awaited sequel to a nearly twenty five year old game.

This generic, formulaic, solitary figure holding a weapon surrounded by dull brown and yellow hues, with what looks like a small explosion in the background is so overly utilised, it has become a parody.

At some point in the 2000s, video games reached a point where the technology was powerful enough to start emulating big blockbuster films and as such, the cover art began to mimic film posters; which in of themselves have fallen to that aforementioned parody and formula. It used to be that games advertised themselves based on either the title or the main character. 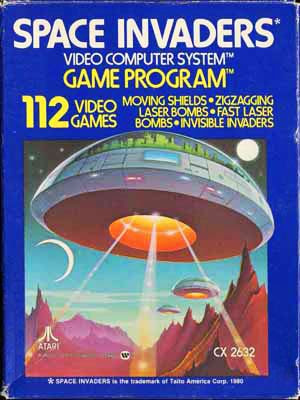 Cartoon versions of pixellated characters became eponymous with box art, look at the Mario or Sonic games or later, the Banjo Kazooie or Rayman titles.

However it wasn’t just the iconic games characters that had this treatment.

Earlier games like Space Invaders didn’t have characters to sell us, so they had to sell the story (or loosely imply one, if you can consider ‘invaders from space are attacking and you must stop them’ as a story, that is).

Take a look at the box art for the original Atari game, Space Invaders (right).

Sure it might not accurately represent the game, but it certainly evokes the feeling of an impending alien invasion and communicates it’s simple premise so gamers knew roughly what it would entail.

A call to arms.

However, if your story was too complex to represent in box art form, companies quickly realised that highlighting one specific element (a recognisable logo or cool title perhaps) could represent an entire franchise, while completely ignoring the background, in essence, cover art became about branding. And when one company thinks of a good idea, everyone apes it. Suddenly, the logo could be sufficient even if your ‘story’ was as straightforward as Space Invaders.

The Quake games are a prime example of this. Over the years, the logo has barely changed and each game cover follows the exact same pattern.

Subsequently, I thought it might be worth looking at some of the key components and layouts of cover art over recent years from the original depictions of blocky sprites idealised in a cartoon style to today’s prevalent stoic stationary figure staring moodily into the distance ahead.

Obviously the first noticeable trend of cover art in today’s games is the lone character, whether it’s from the waist up, full-bodied or just a big ol’ face staring at you, they’re almost always alone. In their defence, it’s a fair point. We talk about Space Invaders being a touch misleading with their artwork, but for first-person shooters, you are alone.

So you’d think lining up every Call Of Duty release (arguably one of the best-selling first person shooters), would produce a long-stretching line of solo dude action, yet they didn’t start out that way. When you compare earlier titles in the series to the more recent iterations, the box art changes quite dramatically. From soldiers who look like chiselled 1940’s movie stars desperately fending off surrounding enemies to a grizzly, war-hardened figure standing in the shadows with his gun pointed into the air – which any military individual will advise you against. 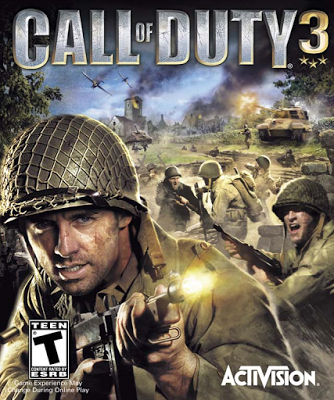 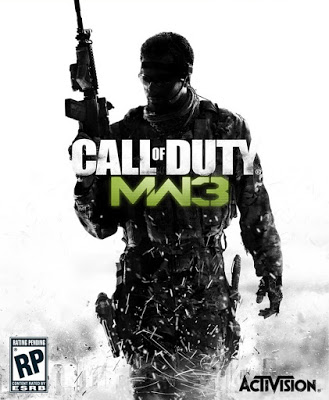 One of the most notable differences is the simplicity of the newer releases. But one could argue that what they have abandoned, is actually depth – or simply put, a background. It seems interesting backgrounds are no longer important, most games choose a singular colour as a backdrop and focus entirely on the selling point. This is a typical marketing trait, less distraction and more streamlining on the element that they believe will sell their title.

Admittedly, this can work very well, especially when you are trying to flaunt a whole host of varied characters. Super Smash Bros. games and other major fighting franchises (Street Fighter, Mortal Kombat, Tekken, etc) feature an ensemble cast of characters and will tend to highlight new fighters, in order to quickly illustrate what separates this new version from previous titles, to coerce you to invest more money in, basically, the same game.

It also serves to highlight the intensity and chaotic nature that is inherent in a Smash Bros. game; there’s a lot going on in the foreground so the choice to omit a detailed background image is arguably the right one. However, in the case of Call of Duty Modern Warfare 3, the empty background is just dull and whether or not it intends to, gives out the message to fans of the game that it doesn’t care. 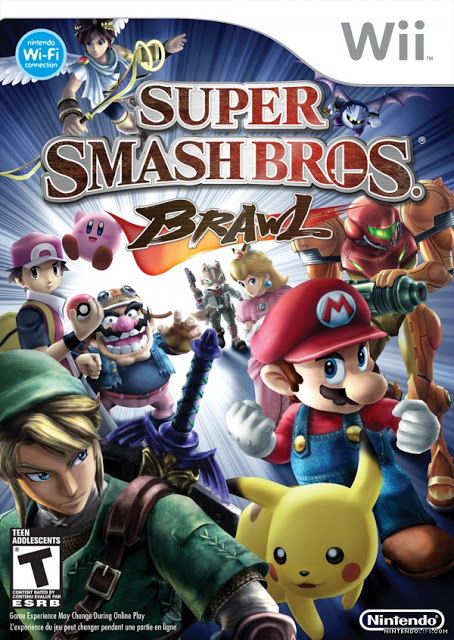 Somehow worse than the empty background is the partly-obscured character. It takes the same starting point as the lone-figure but pushes the image in or introduces a shadowy element to add mystery and suspense. Of course, a cynical mind would argue that it could have been much easier for an artist to create this over something more detailed and they were probably paid a large sum of money for it too. Again, sometimes it can be incredibly stylised and pleasing but the majority of them are frankly insulting rush jobs.

Another serial offender in modern day game cover art is the head-to-head style image. I suppose two characters is somewhat better than a grizzly lone wolf but the versus-style, two enemies facing one another is overdone. For a start, it’s incredibly obvious – two opposing sides, one guy versus another guy, neither of them likes the other (or perhaps the characters actually just want to kiss tenderly and I’ve completely misread these images?), like two boxers staring each other down out before they fight.

But why limit it to just two? If you have a stable of characters who hate the sight of each other, why not simply line them up and have them square off in an arrangement which would look utterly ridiculous, if the camera/viewing point were anywhere else.

Then there’s the cover with characters with their backs turned away …I mean, how rude. I might enjoy playing 3rd person games but I at least want to see my protagonists head-on! Also, the majority of the time these characters look like they are standing in the most uncomfortable and possibly back breaking stances.

I’m looking right at you Final Fantasy XIII-2, I mean…ouch!

But as much as I could go on (seriously I could go on, I had to delete several rambling paragraphs essentially saying the same thing) what value does cover art have anyway? After all, you’ll buy the game regardless, right? Why should the cover art matter?

Ultimately, content is key but art is important. Think about your own collection of books, CDs, DVDs, Blu-rays or games. The ones that have generic, lacklustre cover art or images might still be good products but the ones with detailed imagery or an intricate design are better because they show that the creators actually care about their product. Whether its a movie executive, a band you like or a games company, taking the time to create good cover art lets consumers know you care about what you’re doing and don’t just want their money.

Just for once I want to see a new game that doesn’t follow the clichés, perhaps one that subverts them or even better yet, gives us something we haven’t seen before. And if there’s anywhere we can see new, creative concepts, it’s in the independent market. Because at the end of the day, they don’t have huge backing and franchise weight to throw around, they must rely on standing out, catching your attention and intriguing you.

But until the day mainstream companies adopt this mindset, I guess I’ll go back to looking at shadowy, obscured, solitary characters pointing their weapons aloft amidst a colourless void.