VIZ Media, LLC (VIZ Media), the largest publisher, distributor and licensor of manga and anime in North America, announced plans to publish a unique new culinary guidebook this Fall with the release of SUSHI: JIRO GASTRONOMY

SUSHI: JIRO GASTRONOMY is scheduled for print release in October from the VIZ Media imprint and takes readers on a vivid journey through the delectable seasonal offerings at Japan’s most famous sushi restaurant, Sushi Sukiyabashi Jiro.

Jiro Ono is the master chef and owner of the world renowned, Michelin-rated three-star restaurant located in the Ginza district of Tokyo. 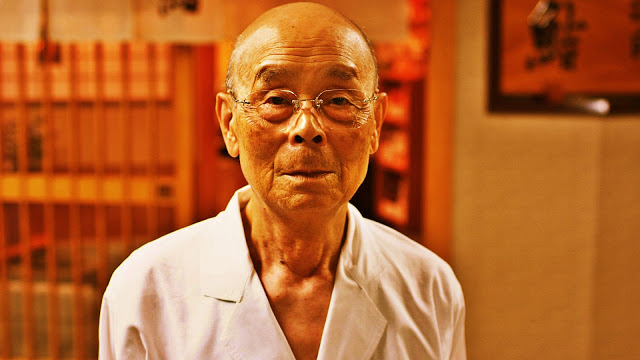 The guidebook features descriptions of each type of sushi served in their omakase tasting menu, with commentary from Jiro Ono, and are accompanied by mouth-watering full-page photos. Readers will also learn the seasons in which the sushi is best served, the correct methods of eating it with either fingers or chopsticks, and how and when to use condiments. Small, portable, and stylish, SUSHI: JIRO GASTRONOMY is the distillation of a lifetime’s worth of knowledge and a great gift for sushi lovers.

Born in Shizuoka Prefecture on the coast of Japan, master chef Jiro Ono began apprenticing at a young age. In 1965 he opened Sushi Sukiyabashi Jiro, widely considered to be one of the best sushi restaurants in the world, and in 2011 he was the subject of the award-winning documentary Jiro Dreams of Sushi.

For more information on other titles available from VIZ Media, please visit www.VIZ.com