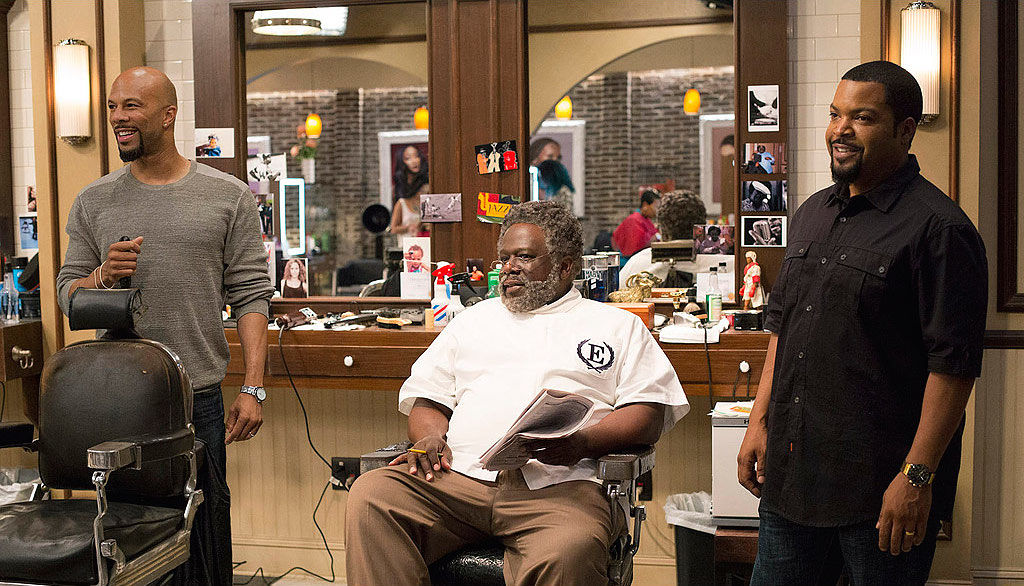 Everybody’s back for a fresh cut when “Barbershop: The Next Cut,” a presentation of Metro-Goldwyn-Mayer Pictures (MGM) and New Line Cinema, distributed by Warner Bros. Pictures and MGM, arrives onto Blu-ray, DVD and Digital HD in July. Ice Cube and Cedric the Entertainer are reunited in “Barbershop: The Next Cut,” directed by Malcolm D. Lee (“The Best Man” films, “Welcome Home, Roscoe Jenkins”). The film features a starring ensemble cast including Regina Hall (“Think Like a Man”), Anthony Anderson (TV’s “Black-ish”), Eve (“Whip It”), and J.B. Smoove (TV’s “The Millers”), with Oscar winner Common (Best Song, “Selma”) and Nicki Minaj (“The Other Woman”).

It’s been more than 10 years since our last appointment at Calvin’s Barbershop. Calvin (Ice Cube) and his longtime crew, including Eddie (Cedric the Entertainer), are still there, but the shop has undergone some major changes. Most noticeably, our once male-dominated sanctuary is now co-ed. The ladies bring their own flavor, drama and gossip to the shop challenging the fellas at every turn. Despite the good times, big laughs and camaraderie within the shop, the surrounding community has taken a turn for the worse, forcing Calvin and his friends to come together in an effort to not only save the shop, but their neighborhood. 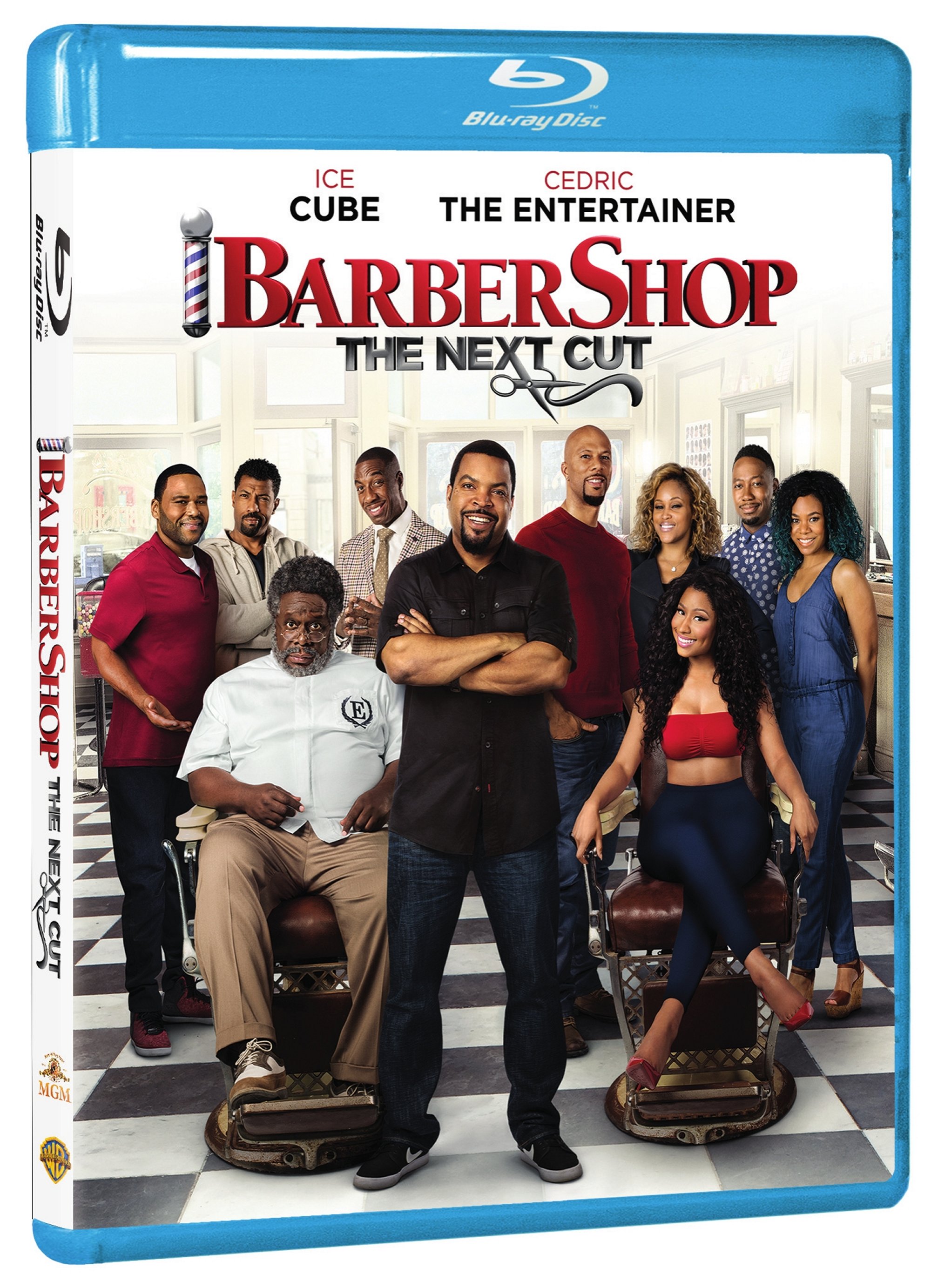 “Barbershop: The Next Cut” Blu-ray and DVD contain the following special features: