Excellent! History’s favorite time traveling duo land on September 20, 2016 in a deluxe Blu-ray box set from Shout! Factory titled Bill & Ted’s Most Excellent Collection. The bodacious set includes Bill & Ted’s Excellent Adventure, the Blu-ray debut of the sequel Bogus Journey, and is fully loaded with an entire disc of bonus features, including new interviews and commentary, deluxe packaging, a “Wyld Stallyns” branded guitar pick, vinyl stickers for both films, and previously released extras including The Original Bill & Ted, The Most Triumphant Making-Of, Air Guitar Tutorial, The Linguistic Stylings of B&T, From Scribble to Script, The Hysterical Personages of B&T, and radio spots. 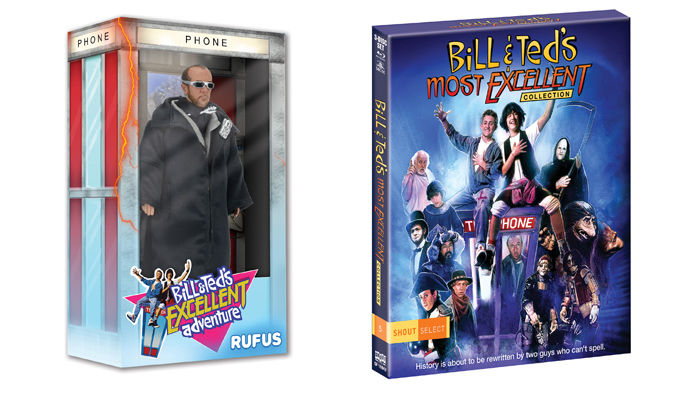 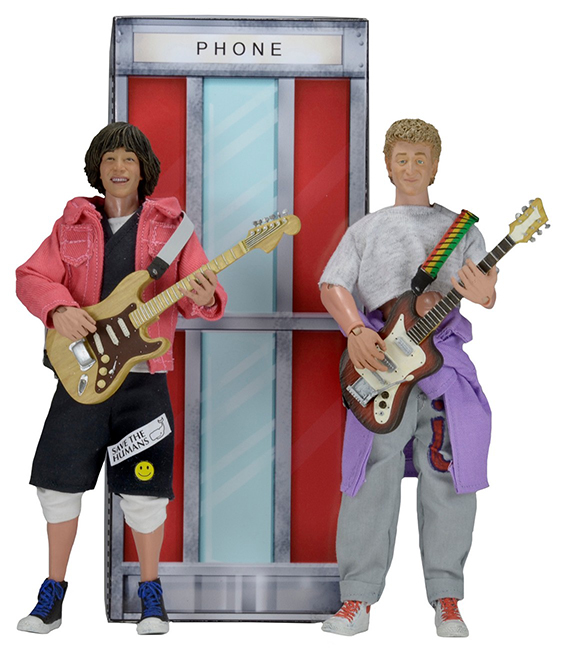 The biggest concern for Bill S. Preston, Esq. (Alex Winter) and Ted “Theodore” Logan (Keanu Reeves), two totally excellent dudes from San Dimas, California, has been that their band, the Wyld Stallyns, “will never be a super band until we have Eddie Van Halen on guitar.” But now they’re on the verge of failing history class, and Ted’s father is threatening him with military school. To keep the Wyld Stallyns together, and save the future, they need to deliver an epic history report, so a messenger named Rufus (George Carlin) arrives in a time traveling phone booth to help them out. As they travel through history they pick up some new friends, like the “Bodacious Philosopher” Socrates, “One Very Excellent Barbarian” Genghis Khan, the “Short Dead Dude” Napoleon and “Noah’s Wife” Joan of Arc, and put on one outrageous presentation.

In the sequel Bill and Ted’s Bogus Journey, the daffy duo travel to Heaven, Hell and points in between as they meet robot versions of themselves, Albert Einstein, the Easter Bunny, and beat the Grim Reaper at a video game. Bogus Journey features an all-star cast including Keanu Reeves (The Matrix), Alex Winter, George Carlin, William Sadler (The Shawshank Redemption), and Pam Grier (Jackie Brown). At the time of its release, Roger Ebert described the film as “a riot of visual invention and weird humor that works on its chosen sub-moronic level, and on several others as well, including some fairly sophisticated ones.” In other words, not bogus at all, dudes.

Bill & Ted’s Most Excellent Collection is part of Shout! Factory’s new home entertainment series Shout Select, which shines a light on films that deserve a spot on your shelf. Debuting this August, Shout Select boasts an exciting slate of fan-favorite releases making their Blu-ray debuts.  Titles include the pulp sci-fi rom-com classic The Adventures of Buckaroo Banzai Across The 8th Dimension, John Carpenter’s Emmy Award-nominated biopic Elvis, the brilliant action-comedy Midnight Run, and the rowdy action-thriller Road House. Each title will be presented in anamorphic widescreen, and when possible will be released as a Collector’s Edition, with new bonus content, archival materials, collectible cover artwork, and more.