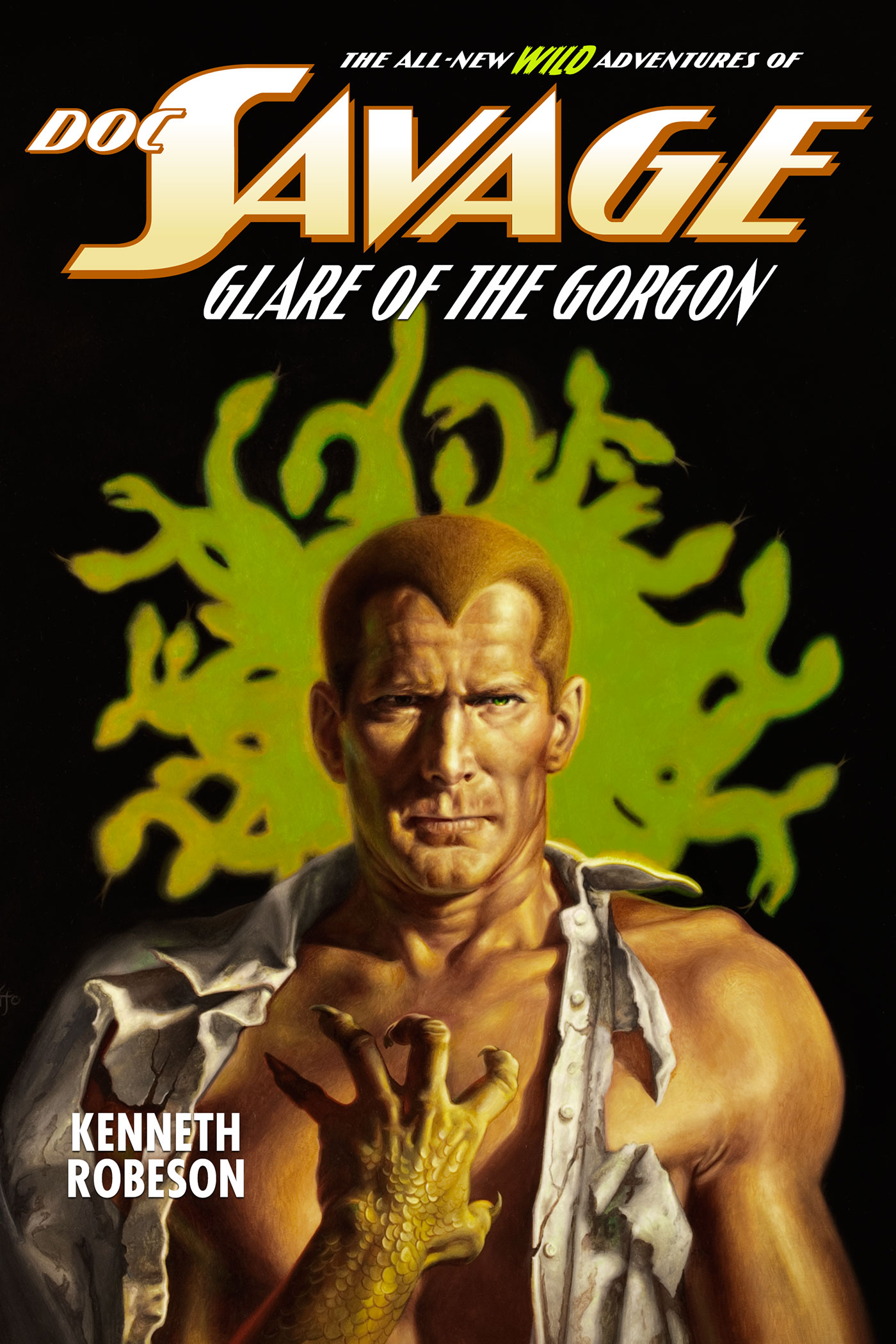 Altus Press is proud to announce the latest entry in its acclaimed Wild Adventures of Doc Savage series, Glare of the Gorgon!

When a desperate caller to Doc Savage headquarters is mysteriously struck down, the only clue is a hideous snake-haired silhouette branded on Doc’s wall. The horror intensifies after an autopsy shows that the dead man’s brain had been petrified––turned to stone!

A trail of cooling corpses leads the mighty Man of Bronze to gangster-dominated Chicago and a bewildering maze of suspects, motivations and cross purposes. As more victims pile up, hysteria seizes the Windy City. The finger of suspicion points at criminals and scientists alike. Even toward Doc Savage himself!

Who is the brain behind the Medusa Murders?

Doc Savage: Glare of the Gorgon is set in 1934, and is written by Will Murray from an idea by Doc Savage originator Lester Dent.

“For this Doc adventure,” reveals Murray, “I took some inspiration from Walter Gibson’s intricate and baffling novels. This is a weird mystery story with lots of suspects, tons of intrigue, unexpected motivations, red herrings, and a villain whose true identity I defy you to guess. The story is set in Chicago just after Prohibition ended. In addition to having a great monster, Glare of the Gorgon is a blazing gangster story. Gangsters and monsters. What a combination!”

With a Sony Doc Savage movie directed by Shane Black and starring Dwayne “The Rock” Johnson moving into production, here is a perfect jumping-on point for those who have yet to experience the legendary Man of Bronze––or for old fans interested in meeting him again. We don’t call this series The Wild Adventures of Doc Savage for nothing!”