This week we’re looking at documentaries.

Well, hold on. Yes, documentaries–long, short, medium in length–all featuring some of the glory of the early days of geekdom. How can you know where you’re going if you don’t know where you’ve been?

I’m trademarking that phrase, by the way.

So without further ado, let’s start with computer games.

Throughout the history of computer games there have been a few which marked a particular moment in the evolution of the industry–certain iconic games that, while perhaps not the absolute first of their kind, became the game that represented the next step in overall game development. Pong, Adventure, Mystery House, and Tetris are all good examples. One that sticks out most, though, would have to be Castle Wolfenstein 3D.

This game heralded the First Person Shooter (FPS) genre of games. Sure, there were a couple of first-person perspective games previous, but texture mapping wasn’t a thing yet, and targets invariably faced you. Wolfenstein 3D, however, provided textured maps which allowed for a more immersive experience, and the enemy/target designs were a step more realistic and challenging. You could–and this was somewhat revolutionary–even sneak past an enemy who had its back to you.

Think about that. Not only did Wolfenstein 3D bring in the FPS genre, but contributed to the stealth genre of games. (Who wants to see Solid Snake fight Nazi monsters? Oh, it’s been done? Carry on, then.)

The Gaming Historian, which produced this short two-part documentary, is a product of one Norman Caruso. He does an excellent job highlighting the groundbreaking work of id software and its founders, and the profound effect Wolfenstein (and the shareware model of selling games) had on the rest of the industry.

Some tidbits: the first Castle Wolfenstein game was a top-down game with some really atrocious graphics, and id software also created the wildly popular Commander Keen games, as well as such classics as Doom and Quake. The documentary goes one to talk about the revitalization of the franchise with the Return to Castle Wolfenstein series.

If the history itself isn’t your bag, it’s still a fun documentary to at least get you in the mood for some good, old-fashioned retrogaming.

This 2003 documentary by director Jesse Spiro does a pretty decent job introducing the viewer to the world of Dungeons & Dragons. Newcomers to the game and its world are likely the ones to most benefit from the informational aspects of the film, but old roleplaying hands are going to enjoy seeing interviews with Gary Gygax, Margaret Weis and Tracy Hickman, Larry Elmore, and others. The focus is more on the players huddled in their basements or around their kitchen tables than on any kind of convention scene.

Also, even though the film came out in 2003, there is a kind of retro feel to some of it–even to the point of copies of the 1st edition AD&D being pulled out. Part of this might be done to play along with the overly dramatic narration in spots (complete with a fake, quasi-British accent), and vaguely focused video camera work. In other words, it looks a bit more retro than it should.

Just the same, it’s a fun little documentary that captures a lot of the fun of the game, and the dedication to imagination that D&D encourages among players. It moves over the history of the game kind of quickly, but makes up for it in demonstrating and giving a good feel for the gameplay.

The Dungeons & Dragons Experience is a solid, nuts and bolts look at one of the most enduring games in memory.

That works for me. I think it will work for you as well.

The Space Invaders: In Search of Lost Time

There are a quite a few documentaries about the development of electronic games, but few are devoted solely to the big cabinet arcade games and the arcades themselves. At one point in the early 80s, there were over 13,000 video arcades in the United States. By the late 80s they were essentially gone—down to a few cabinets relegated to the lobbies of movie theaters and pizza huts. While the history of video arcades is relatively short, their impact on a generation of gamers was long.

This documentary has some excellent production values, talks with a lot of people–game developers, arcade owners, former patrons, collectors, and so forth. Speaking personally, it was probably the last time in gaming history in which there was any kind of social aspect to electronic gaming until multi-player online games became a real thing, but with a lot less unsavory comments about your mother.

It’s a passionate piece, and worth checking out. I wouldn’t wait too long, though, to watch the YouTube link. This is a professional documentary from Wooden Horse Productions (directed by Jeff Von Ward) available on Amazon Prime–so the full-length version being on YouTube may be just a temporary thing.

More accurately, this should be called BBS: The Documentary Series as it’s actually a series of eight 45-minute documentary videos outlining, in impressive detail, the history of the computerized Bulletin Board System (BBS) phenomenon of the 80s-90s.

This would have to be one of my favorite documentary series of all time–and one of the most historically significant when thinking about technology, the internet, and how you’re even reading this column to begin with.

You see… once upon a time, before the commercially-available Internet, people used to dial their computers into another computer–just one computer at a time–in order to interact with people, play games, and swap files online. E-mail was pretty much limited to whoever else had an account on that particular computer. The system was managed by programs called Bulletin Board Systems operated by amateur enthusiasts called sysops (system operators). If you were lucky, the BBS had more than one incoming phone line. Often you dealt with busy signals while waiting for other users to log off. Time could be limited by sysops unless you bartered file uploads for more time.

Bulletin board systems ranged from general to specialized. Most boards had something for everybody, but quite a few were created specifically for gamers, file swappers, wannabe hackers, TV show enthusiasts, political junkies and pretty much any special interest you can think of. There were quite a few boards created solely to help members of the gay community find each other in a safe, non-harassing way.

Remember, this was early 80s to early 90s when being openly gay was a bit harder than it is now. These were small communities online compared to what one sees now, but from tiny acorns, etc., etc.

The online computing scene was all very primitive by today’s standards, but people learned to make the most of what they had and, at the time, BBS culture was a pretty serious thing. And if you’re curious, BBS culture isn’t completely dead and buried. There are still a lot of systems you can telnet into using terminal emulators. The hobby may be a wisp of a shadow of its former self, but it lingers nonetheless.

This documentary series follows the entire history of the culture from the very first home-brewed BBS’s to the development of commercial boards, to ANSI and ASCII art, and the creation and spread of Fidonet–a precursor to Usenet which allowed people to reach out to computer users outside their call area. The documentary interviews not just the users from that era, but the innovators. It’s a pretty amazing series.

So there are your nostalgia nuggets for this week–all very entertaining and informative documentaries up on YouTube that cover bits of our geek past. Sure, the D&D one may hover on the edge of current-day, but it covers a lot of the old school days of roleplaying, so certainly worth being included here. 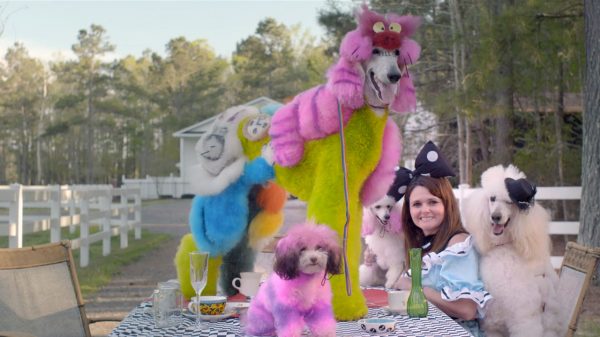