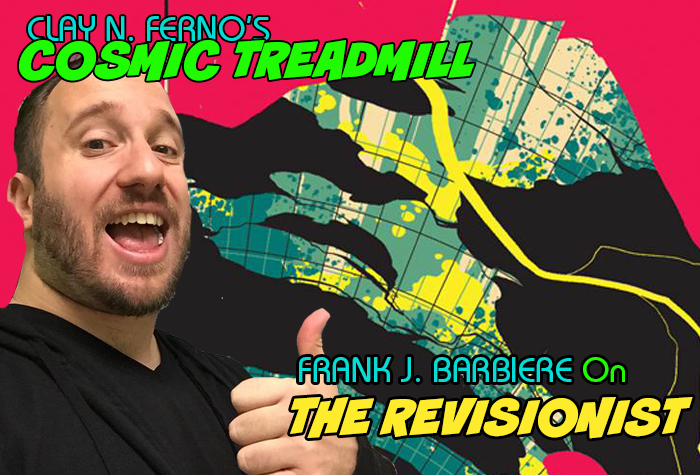 FOG!: Thanks for joining us today, Frank! The Revisionist #1 is out now, from Aftershock. How did you get involved in the launch of a new publisher?

Frank Barbiere: I had met Mike Marts a few times socially, and was always interested in working with him. Mike has edited many of my favorite books, including long runs on X-Men and Batman.

When Aftershock was starting to get the ball rolling, Mike reached out to see if I had any creator owned properties I was interested in pursuing.

I’m a creator who loves to have my own books as well as work for hire, so I quickly responded with a few ideas I had kicking around and we settled on The Revisionist.

Are you happy and excited to work with them? The roster from day one certainly caught my eye!

It’s been a wonderful experience. Aftershock has built a really strong publisher where they let their talent have creative freedom and work with the people they want—I was able to handpick my creative team (co-creator and artist Garry Brown and colorist Lauren Affe), as I knew they’d deliver a book we were all proud of.

Everyone involved is extremely passionate about having beautiful, quality books and I think it shows in their library. It’s an honor to be amongst some of the best creators in comics, as well as some of the best new talent. 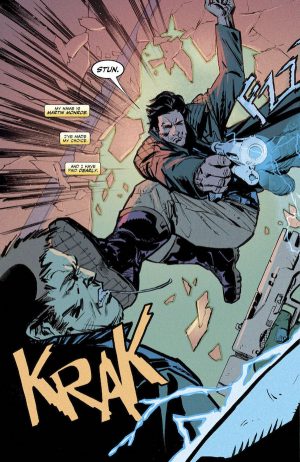 This book appealed to a lot of my big checklist items, and I should warn the readers that the pacing is action packed, not for the weak of heart. Issue #1 has time travel or hints that there will be, prison fights and Blade Runner vigilante action scenes. Great setup — what do you have coming up next?

I love hitting the ground running, and I think the first chapter of The Revisionist really managed to grab a lot of people’s attention. From here we’ll be showing readers what Martin’s actual mission is, how time travel works in our universe, and really continue to grow the character of Martin and his relationship with his father.

Character is very important to me, and really beyond the high concept stuff this story is very much about Martin. He’s a man who blames his failures on the world, rather than realizing he has the tools to make a change inside. Watching him struggle with that and grow will be the real joy of the series, in my opinion.

How did you hook up with the creative team? Garry Brown has a great style. Was he your original artist you had in mind for the book?

I’ve known Garry and Lauren for a while, and worked with both before—Garry drew Five Ghosts #6 and Lauren is the colorist on Five Ghosts. Beyond that, I met Garry before either of us had published work and we’ve been friends since. I’ve wanted to work with him on something long-form for a while, and he managed to have the time in his schedule—so it all came together organically!

While comics rely on fun concepts and good scripts, art carries so much of what gives a book an identity. Having a team like Garry and Lauren as my collaborators makes it all look easy—they’re truly experts in their disciplines and have given the book a definitive style and great, easy-to-read style.

How did your signing go at Third Eye Comics this week? Good crowd? What were your fans most excited about with the new book?

It was great! Third Eye is my favorite retailer in the US, and they have a great store, staff, and community there. I’ve launched a few of my books there and it’s great to have a place that feels like “home.” I’m really happy to see the great response from fans, and I’m very excited to see an overlap with a lot of the fans of Five Ghosts. I think The Revisionist has a lot of the same DNA as Five Ghosts, and I’m glad to see it resonate with the same readers.

Is this a limited or ongoing series?

The Revisionist is currently slated as an ongoing series, and we hope to tell many stories in its world!

I don’t want to spoil this but this isn’t your typical prison break story. Tell me, why would Martin choose to listen to this ‘Voice of Oz’ guiding him out? Any and all Oz references are fully intended)!

It was really important for me to show that Martin is forced into this scenario by life or death stakes, not just because he was bored or looking for some way out. Martin is a man who carries a lot of guilt, and breaking out of prison wasn’t really on his “to-do” list.

After the events of issue one, Martin definitely feels cornered and is operation on a “survival” basis—he’s going to have to learn a lot about the strange world he’s headed into, and it won’t be an easy transition.

How can people keep up with you and some exciting announcements? Twitter? It seems the last couple of years in comics have been good to you, congrats! 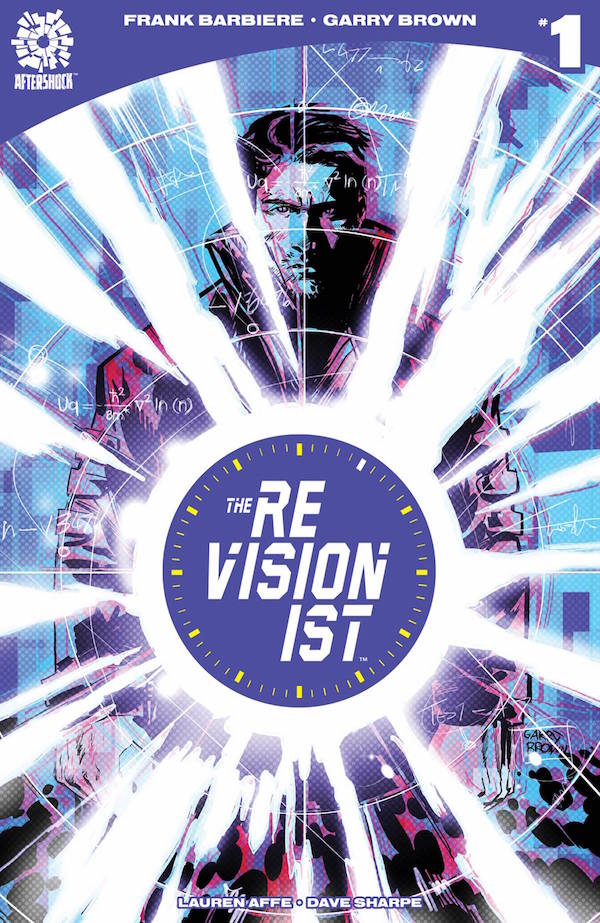 The Revisionist issue #1 is available now, #2 hits stores on July 13!