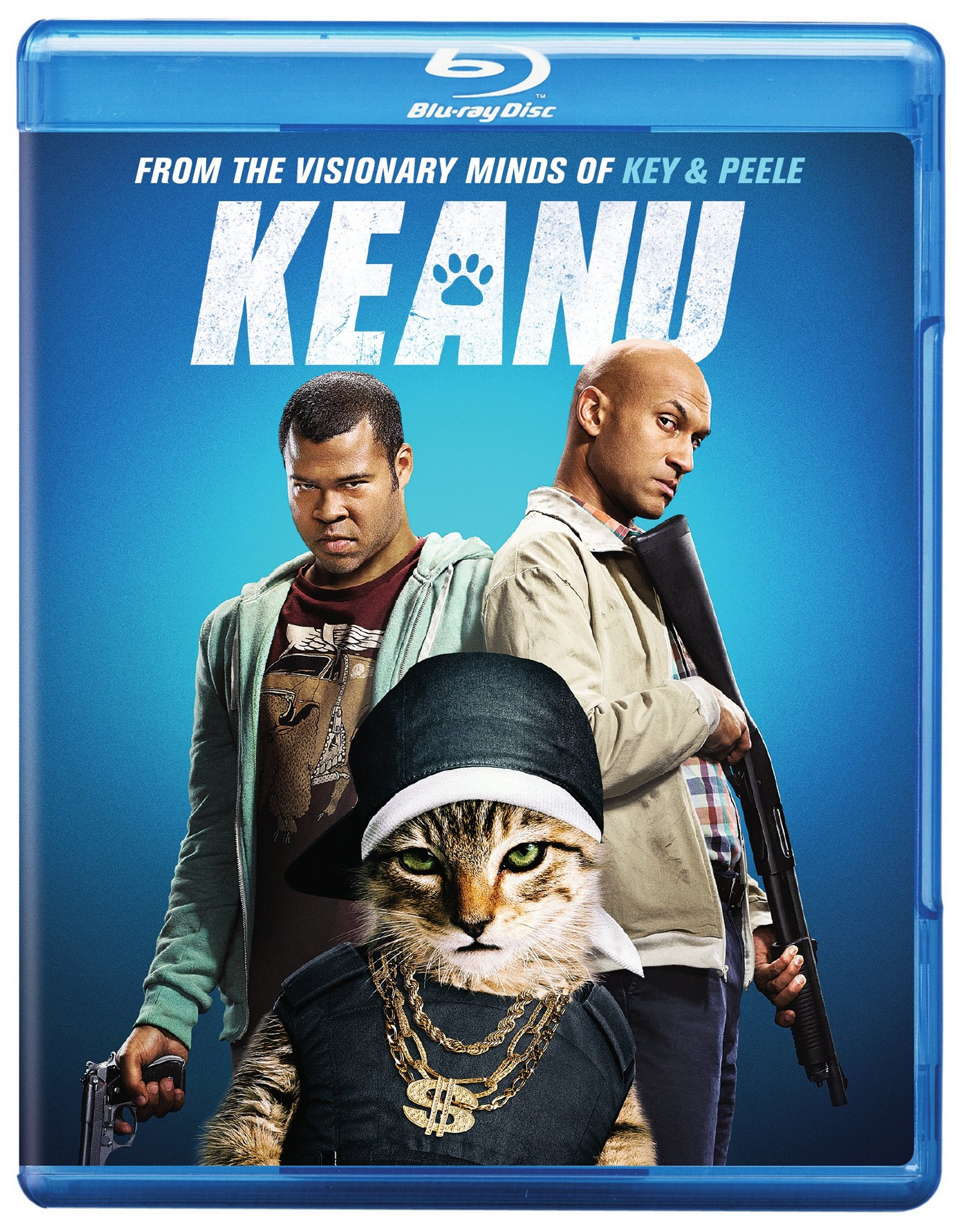 To save what you love, you must become what you fear when “Keanu” arrives onto Blu-ray, DVD and Digital HD. Keegan-Michael Key and Jordan Peele, a.k.a. the hugely popular comedy duo Key & Peele, star in New Line Cinema’s action comedy “Keanu.” The two play Clarence and Rell, cousins who live in the city but are far from streetwise.

When Rell’s beloved kitten, Keanu, is catnapped, the hopelessly straight-laced pair must impersonate ruthless killers in order to infiltrate a street gang and retrieve the purloined feline. But the incredibly adorable kitten becomes so coveted that the fight over his custody creates a gang war, forcing our two unwitting heroes to take the law into their own hands.

The film also stars Method Man (“The Fast and the Furious,” “Red Tails”) as the menacing gang leader, Cheddar; Tiffany Haddish (“Real Husbands of Hollywood”) as the stone-cold gangster, Hi-C; with Luis Guzmán (“We’re the Millers,” “Journey 2: The Mysterious Island”) as the Mexican cartel kingpin, Bacon; Nia Long (“The Best Man” films) as Clarence’s beautiful wife, Hannah; and Will Forte (“The Last Man on Earth,” “Nebraska”) as the eccentric drug dealer, Hulka.

“Keanu” will be available on August 2 on Blu-ray for $29.98, and includes the film in high definition on Blu-ray disc, and a digital version of the movie in Digital HD with UltraViolet*. Fans can also own “Keanu” via purchase from digital retailers beginning on July 19.

On July 19, “Keanu” will be available to own for streaming and download to watch anywhere in high definition and standard definition on favorite devices from select digital retailers including Amazon, CinemaNow, Flixster, iTunes, PlayStation, Vudu, Xbox and others. On August 2, “Keanu” will be made available digitally on Video On Demand services from cable and satellite providers, and on select gaming consoles.