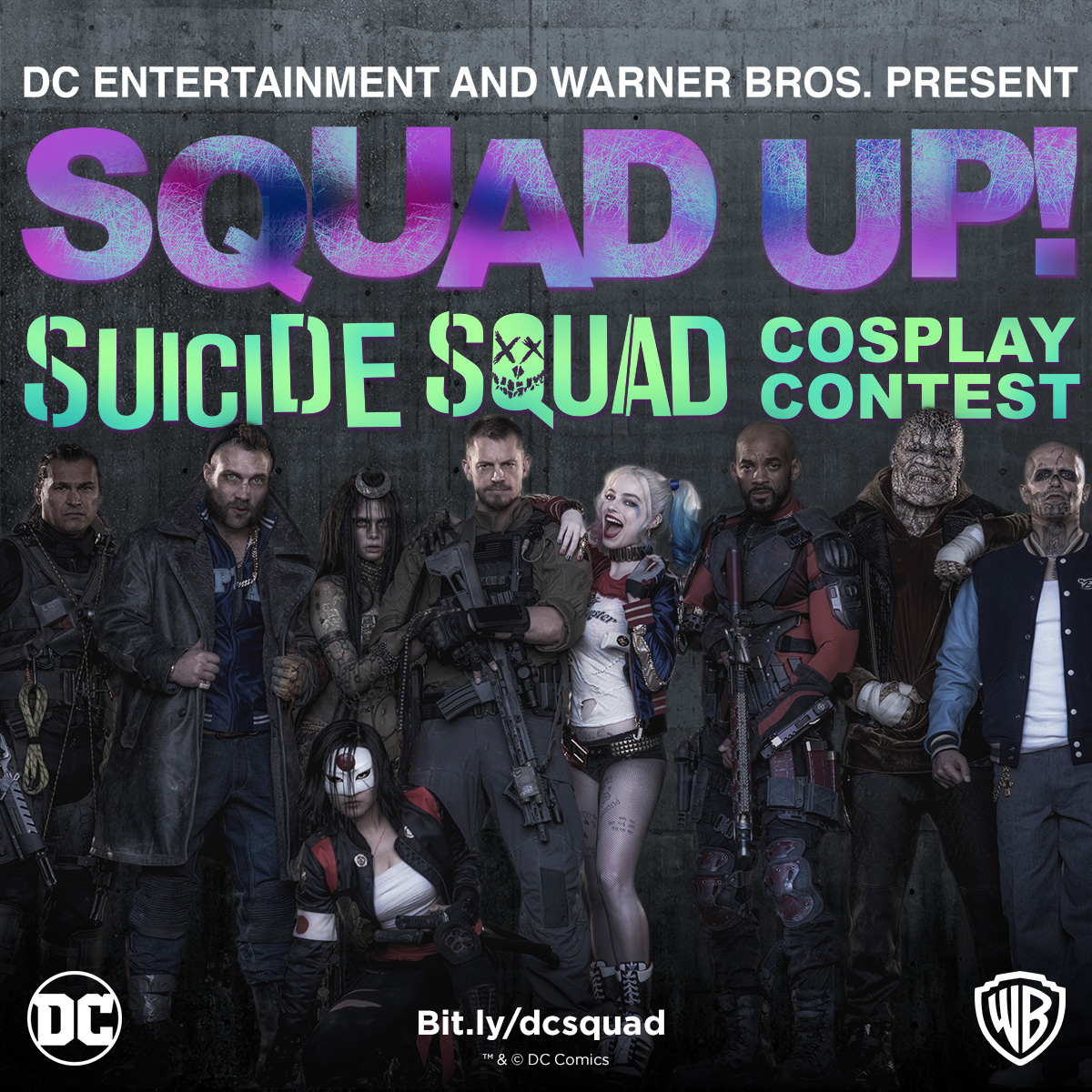 Squad Up with Cosplay to Look Good as Your Favorite Bad Guy, Do Time at Belle Reve, and Feel Like a Squad Star—It’s All About the Fans when the Suicide Squad Invades San Diego’s Biggest Event of the Year!

In anticipation of the upcoming Warner Bros. Pictures’ high-octane actioner “Suicide Squad,” heading into theaters everywhere on August 5, DC’s massive team of Super-Villains will invade this year’s Comic-Con International: San Diego with a major presence both on and off the main floor, including appearances by the film’s stars.

Highlights of the convention’s “Suicide Squad” events include:

GET UP CLOSE WITH THE “SUICIDE SQUAD”

It feels good to be bad… Assemble a team of the world’s most dangerous, incarcerated Super-Villains, provide them with the most powerful arsenal at the government’s disposal, and send them off on a mission to defeat an enigmatic, insuperable entity. U.S. intelligence officer Amanda Waller has determined only a secretly convened group of disparate, despicable individuals with next to nothing to lose will do. However, once they realize they weren’t picked to succeed but chosen for their patent culpability when they inevitably fail, will the Suicide Squad resolve to die trying, or decide it’s every man for himself?