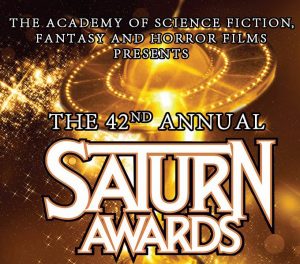 Here is the full list of winners at the 42nd Annual Saturn Awards:

For more information about the Saturn Awards and the Academy of Science Fiction, Fantasy and Horror, visit www.saturnawards.org, www.youtube.com/c/OfficialSaturnAwardsChannel, and @SaturnAwards1