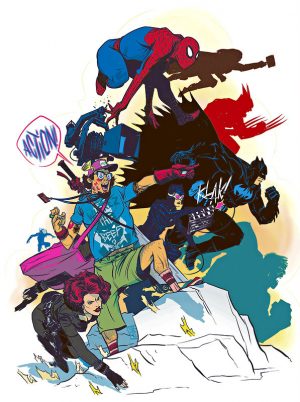 If there is one type of protagonist or character that Hollywood loves, it is the superhero.

Just think back over this and the previous century and you may be surprised to discover that some of the biggest and most iconic films have featured this kind of action figure. From extraterrestrial characters to homegrown talent, it seems that superheroes will always be popular in the film industry’s magical heart, Hollywood.

Why are we in love with superheroes?

So what is it about these larger-than-life figures that we seem to love so much and that keeps us coming back for more?

Perhaps it is because superheroes get to live the lives that we can only dream of. They get to fight the villains and inevitably win, after a series of seemingly impossible obstacles are strewn in their path.

They get to make the hard, self-sacrificing decisions that endear them to the people who care about such things, and if male, they always – well, mostly – get the girl at the end of the movie.

So, this is why audiences loves superheroes, but why do the makers of superhero movies love them? For one thing, superheroes never have just one story in which to appear. A superhero’s sole purpose is to save someone or something, the world or even the universe, and for these guys, once is never enough. If you have a superhero, you have to have a villain lined up to turn everything bad. This means that there is an almost endless array of potential storylines for a superhero. Put simply, superheroes right wrongs, expose corruption and stand up for the common man, and everyone loves a character that can do that. They can also deal with heavy themes that their earlier comic book or TV counterparts could not. Take Batman, for instance – you could not hope for a more broody, angst-ridden, ‘man with a troubled past’ superhero than Bruce Wayne.

It must also be said, however, that most of the superheroes adorning our screens these days are cultural icons from the heyday of the comic book, and as such are able to draw on easily identifiable characters and plots. This makes such films very attractive to producers who are unwilling to take a risk on new types of material. However, this does not altogether explain why these superheroes have made it into the mainstream, not when you consider that their origins lie in the niche market of superhero comics, an arena that has, until recently, had a very definite ‘geek-only’ appeal.

Perhaps the answer to why superheroes have become cool of late is in the technology employed to make 21st century movies. They used to be called special effects, but now they are commonly known as computer generated images, or CGI. The advances made in this field have been immense, so much so that a film made even ten years ago runs the risk of looking dated. But CGI truly makes this type of larger-than-life film come alive and seem real. 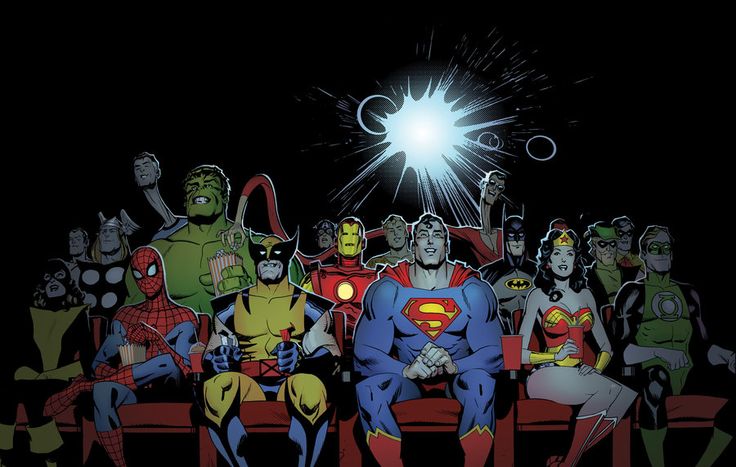 This is why superhero films are not just welcomed when they launch at the movie theater, but are actually highly anticipated, sometimes even years in advance. Often, lovers of these films are heard to wonder ‘When is the next Avengers/X-Men/Superman coming out?’, because they are desperate to see how the superhero will deal with the next threat to humanity and how fantastic the CGI will be. For these lovers of superhero films, the only release they can get until the film is actually released is by browsing the website of particular productions and reading breaking celebrity news.

So what are the big superhero films that we can look forward to? Well, there is the next installment of Guardians of the Galaxy, starring Chris Pratt and Star Trek’s Zoe Saldana; the third Thor movie entitled Ragnarok, starring Chris Hemsworth as Thor, and much-loved villain Loki, played by Tom Hiddleston; and a new Avengers movie, entitled Infinity War Part 1, of which little is known. Other big players coming up include Doctor Strange, starring the man who can do no wrong at the moment, Benedict Cumberbatch, and a female superhero in Wonder Woman, starring Gal Gadot. These are just some of the many superhero-based films due to be released over the next few years.

Superheroes appeal to our innermost desires; to be the good guy or girl, to beat the odds and triumph over adversity. As long as we continue our interest in these characters, it seems that Hollywood is willing and more than able to feed our appetites.