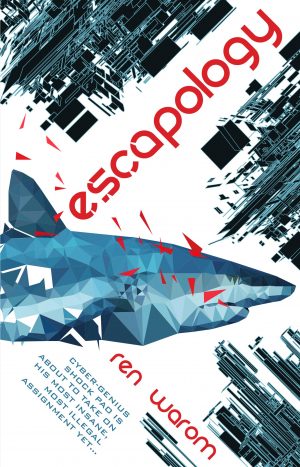 Shock Pao is not just any Haunt—he’s the best. There isn’t a system that he can’t crack into, no virtual lock he can’t pick, nothing he can’t steal for the right price. Outside virtual world the Slip, though, he’s a Fail—no degree, no job, no affiliations to protect him from angry ex-customers. Of which he has quite a few. So when his ex brings Shock a job which could help him escape his miserable existence, he accepts, little realizing that it will turn out to be his most impossible, illegal and incredible assignment yet.

Amiga works for Twist Calhoun, one of the toughest crime lords in the Gung, as a Cleaner—assassin. Trapped in a world of kill-or-be-killed, she wants out. But when Shock’s war comes to her, she doesn’t have a choice: it’s her job to bring him to Twist, dead or alive—or it’ll be her head in a bag in Twist’s vault.

Find out for yourself, because thanks to our friends at Titan Books, we’re giving away two copies!

To enter, please send an email with the subject header “ESCAPOLOGY” to geekcontest @ gmail dot com and answer the following:

This 1987 cyberpunk tv series starred Matt Frewer as both a reporter and as his digital avatar?