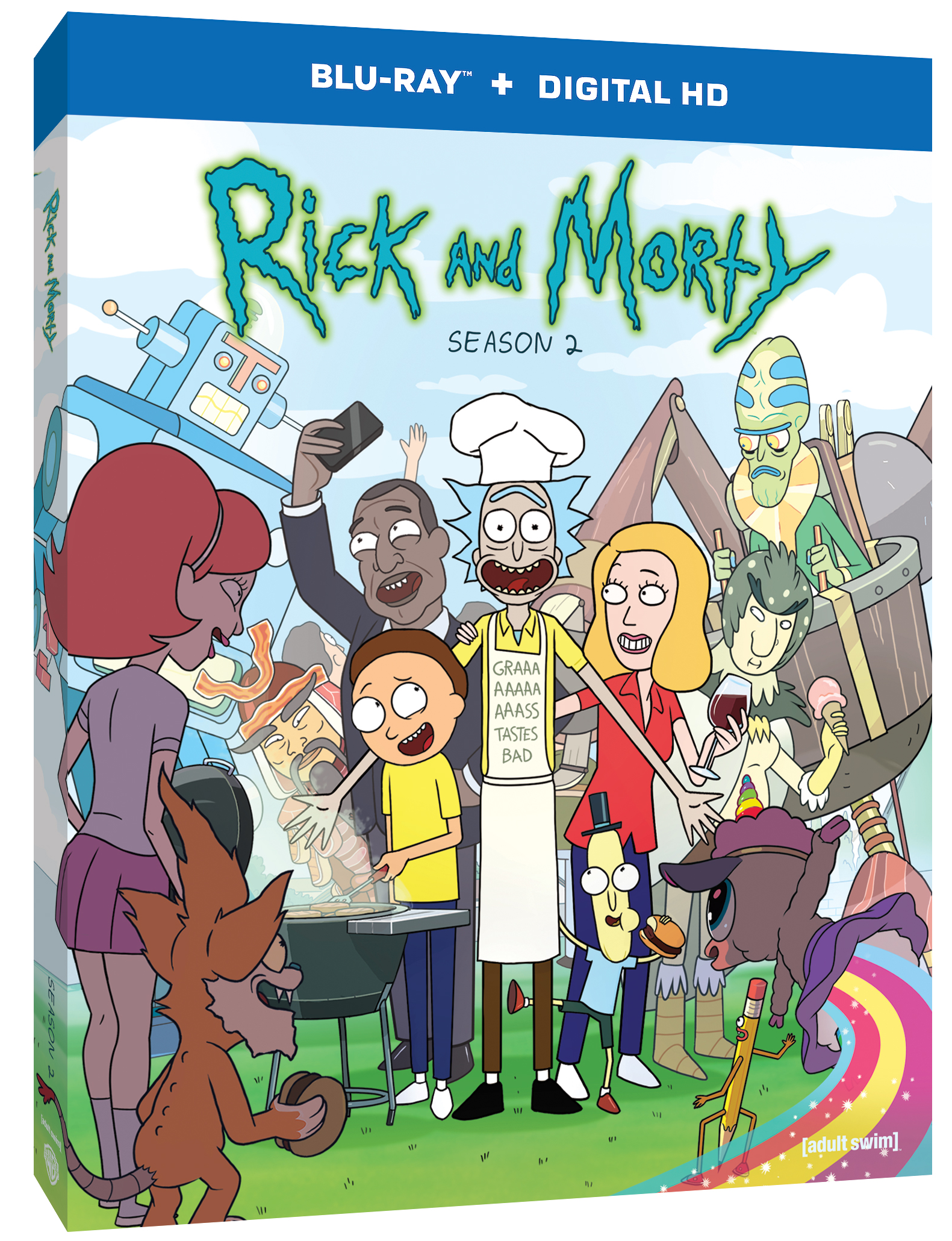 The #1 Adult Swim show has teleported into homes with the new release of Rick and Morty: The Complete Second Season on Blu-ray and DVD.  The release features all 10 of the hilarious inter-dimensional episodes with guest stars Stephen Colbert (The Late Show with Stephen Colbert), Keith David (Community), Tom Kenny (Adventure Time) and more! Plus exclusive special features such as deleted animatic sketches, as well as animatics for every episode including an alternative version of this season’s first episode. Other bonus features include commentaries for every episode with guest commentary tracks. Furthermore, each Blu-Ray and DVD contains a featurette of the season’s premiere party with live drawing/animation by the series’ creator Justin Roiland (House of Cosbys) and a performance by the band Chaos Chaos. Lastly, and most importantly, the release comes with a manual for the fictional, yet essential, household item – the Plumbus – created by Roiland.

Following the wildly successful first season of Rick and Morty, in season 2 we find that Rick is still living with his daughter Beth’s family and causing more trouble than ever. And this time, the whole family is dragged into Rick’s intergalactic adventures, as he faces new threats and mysteries of his secret past are revealed. Can the family survive Rick’s insanity and all the chaos the universe throws at them?

To enter, please send an email with the subject header “RICK AND MORTY” to geekcontest @ gmail dot com and answer the following:

Who is the only cast member to have appeared in every episode?