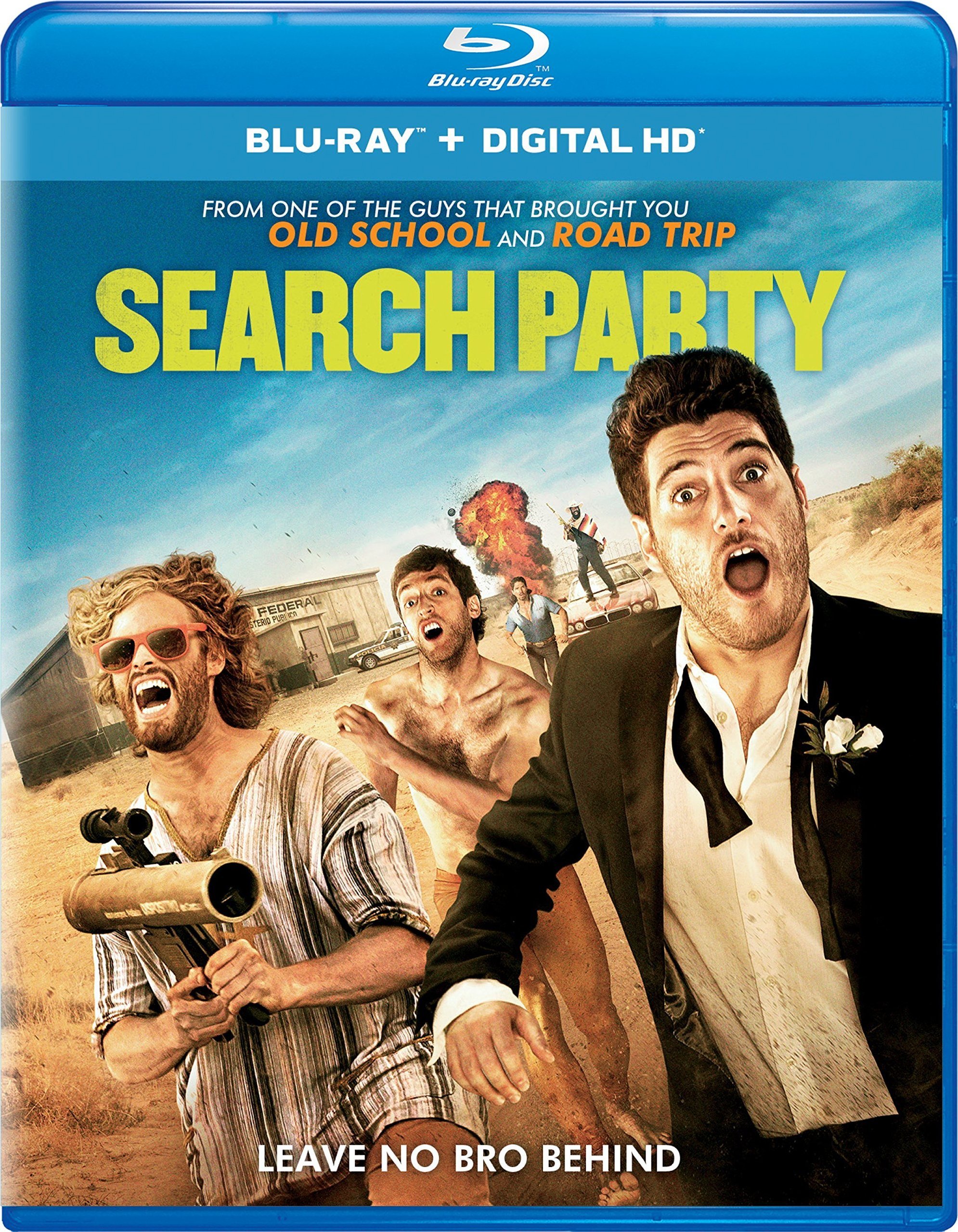 A pair of friends embark on a rescue mission to save their pal and reunite him with the woman he was set to marry in the hilarious comedy Search Party, now available on Digital HD and On Demand, and coming to Blu-ray and DVD on July 5, 2016 from Universal Pictures Home Entertainment. Directed by Scot Armstrong (writer of Old School and Road Trip), the movie stars T.J. Miller (Silicon Valley) and Adam Pally (Happy Endings) as the groomsmen swept up in south-of-the-border shenanigans to help their buddy, played by Thomas Middleditch (Silicon Valley)

When the love of his life (Shannon Woodward of Raising Hope) jilts Nadro (Middleditch) at the altar thanks to his hard-partying pals Jason (Miller) and Evan (Pally), he follows her down to Mexico – where he’s carjacked and left naked in the middle of nowhere. Reluctantly summoning his friends to help him get back his runaway bride-to-be, Nadro plunges into an escalating series of outrageous misadventures courtesy of the guys who created the mess in the first place. The raucous comedy also stars Alison Brie (Community) and Krysten Ritter (Marvel’s Jessica Jones).

To enter, please send an email with the subject header “SEARCH PARTY” to geekcontest @ gmail dot com and answer the following: