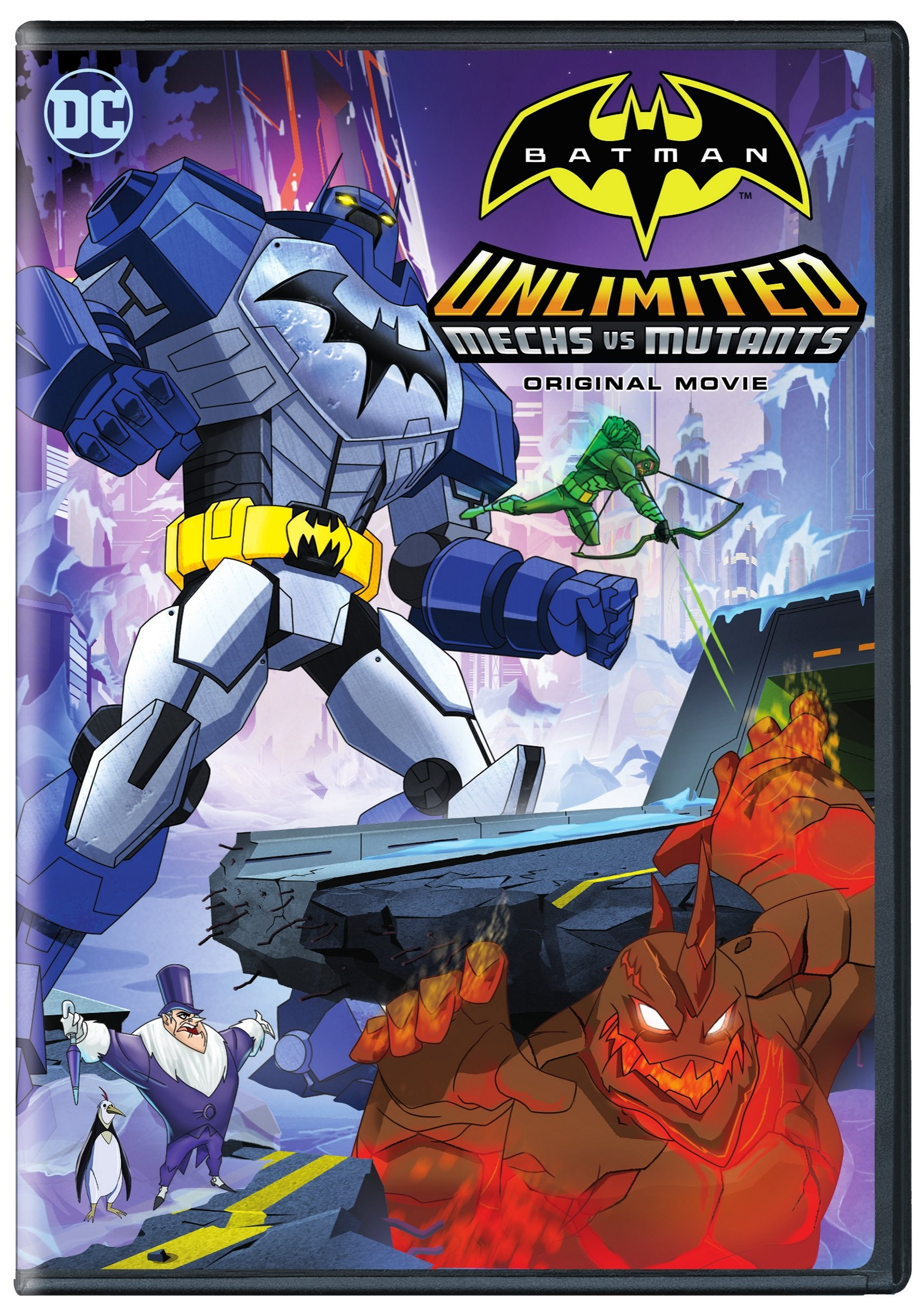 Batman will need the help from several of his Super Hero pals — Green Arrow, Nightwing, The Flash and Robin – to take down a crew of Super-Villains on a scale he’s never seen before in Batman Unlimited: Mechs vs. Mutants. Produced by DC Entertainment and Warner Bros. Animation, this thrilling new addition to the Batman Unlimited animated film trilogy comes to DVD ($19.98 SRP) via Warner Bros. Home Entertainment on September 13, 2016 and on Digital HD on August 30, 2016 via purchase from digital retailers.

The Dark Knight is back doing what he does best – protecting the citizens of Gotham City – in the third installment of the Batman Unlimited series, Batman Unlimited: Mechs vs. Mutants.  When evil scientist Mr. Freeze activates his latest invention on two of Gotham City’s most formidable criminals – Killer Croc and Bane – things go from bad to worse.  Turning them into super-sized mutant monsters, the Super-Villains start bashing through the streets of Gotham City  with no end in sight.  It’s up to the Caped Crusader and his Super Hero team to save the day by putting the giant robot mechs in their place – but it will be an uphill battle as they face off against enormous foes.