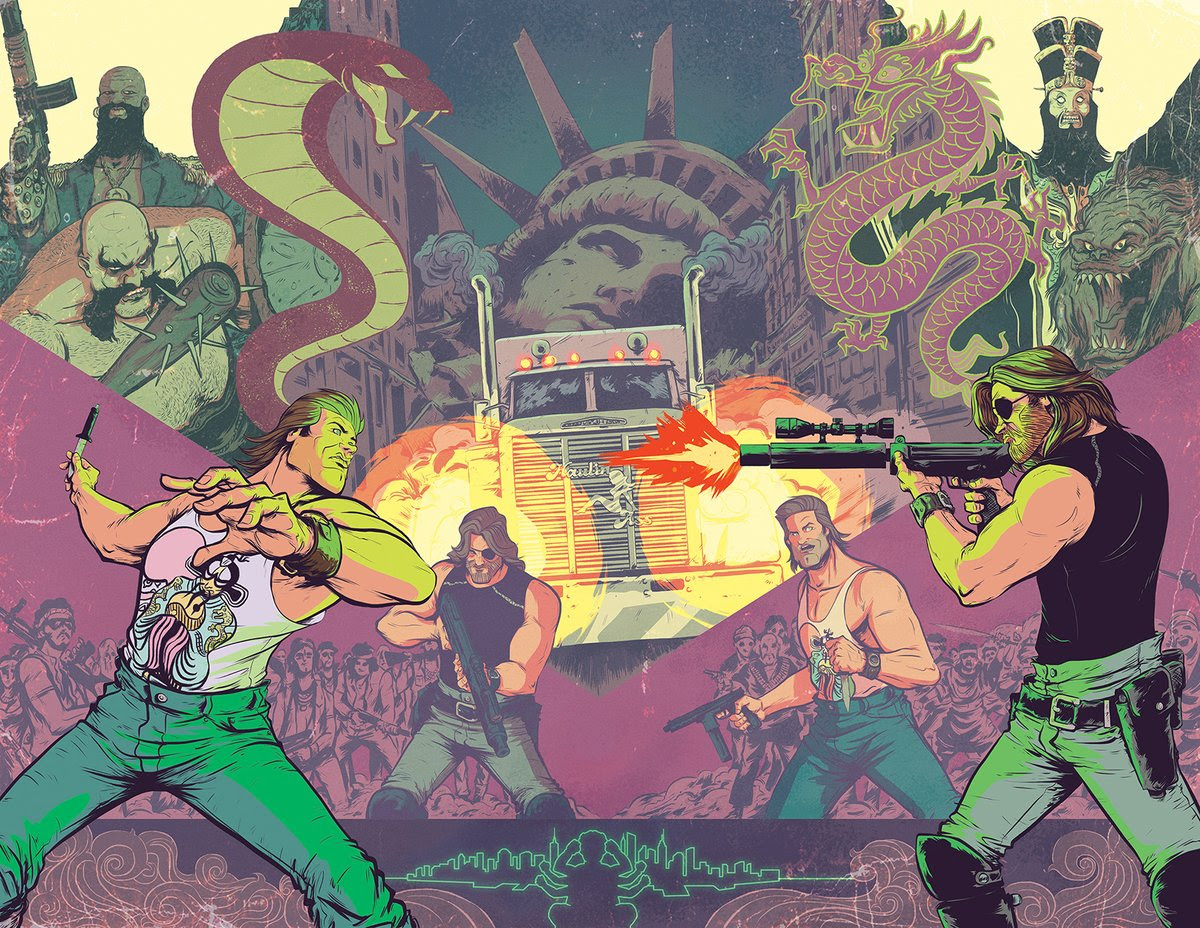 That’s right: Jack Burton meets Snake Plissken in the most unlikeliest of team-ups that will shake the pillars of heaven! Written by Greg Pak (Totally Awesome Hulk, Action Comics) with art by Russ Manning Award nominee Daniel Bayliss (Kennel Block Blues, Translucid), the six-issue limited series is the first time two John Carpenter creations have crossed over in any format, and he’s excited about it!