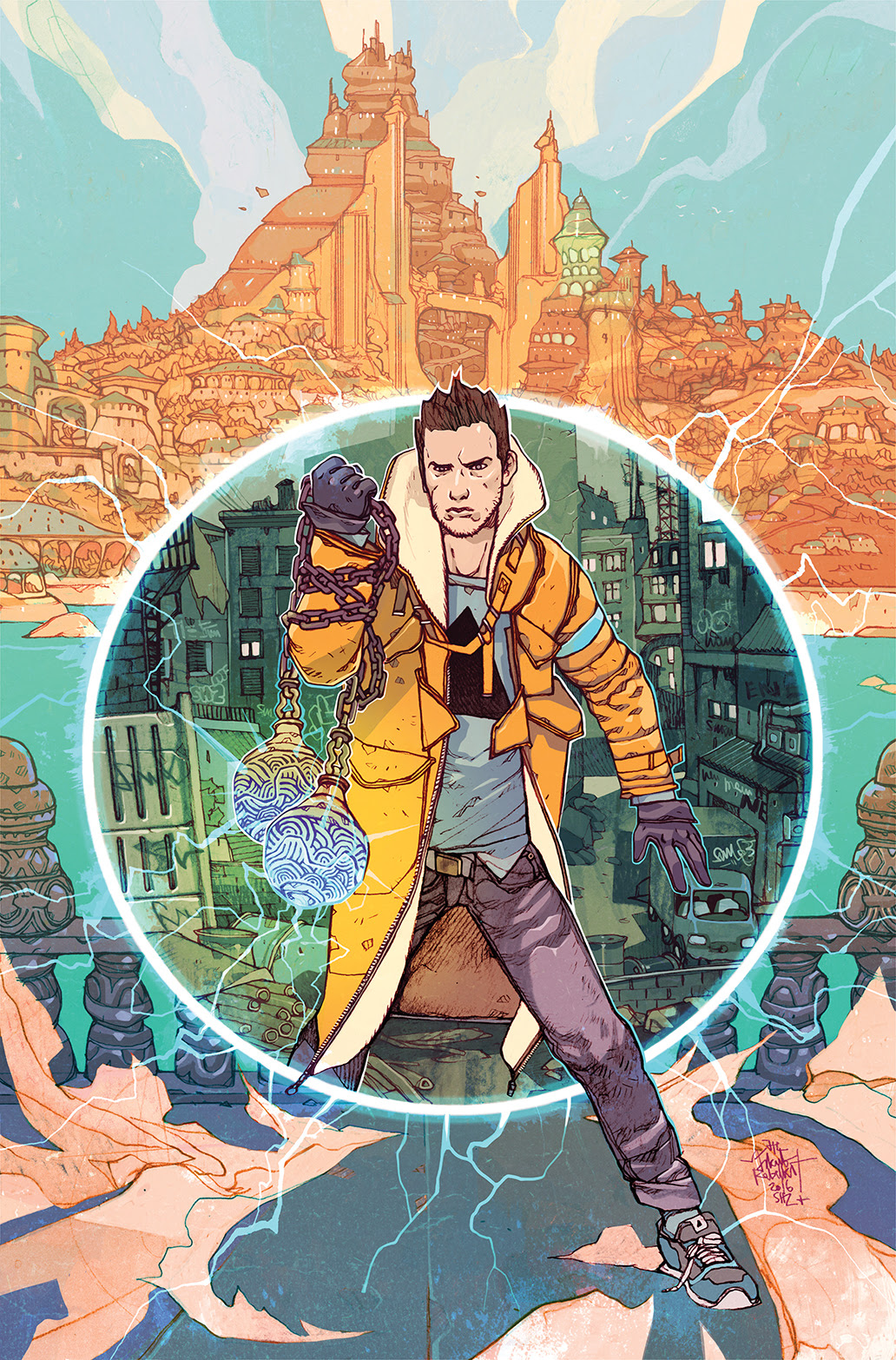 Namesake is a four-issue limited series by Orlando and artist Jakub Rebelka about Jordan Molossus, a young man with an unusual mission: He is tasked with delivering the remains of his deceased fathers—contained within two enormous urns—to their final resting place, which happens to be a place called Ektae, a world that interconnects with Earth for seven days every seven years. This fantasy epic is as much about Jordan’s commitment to his family—no matter how weird or nonsensical his obligation may be—as it is about his journey, which is littered with twists and turns galore. 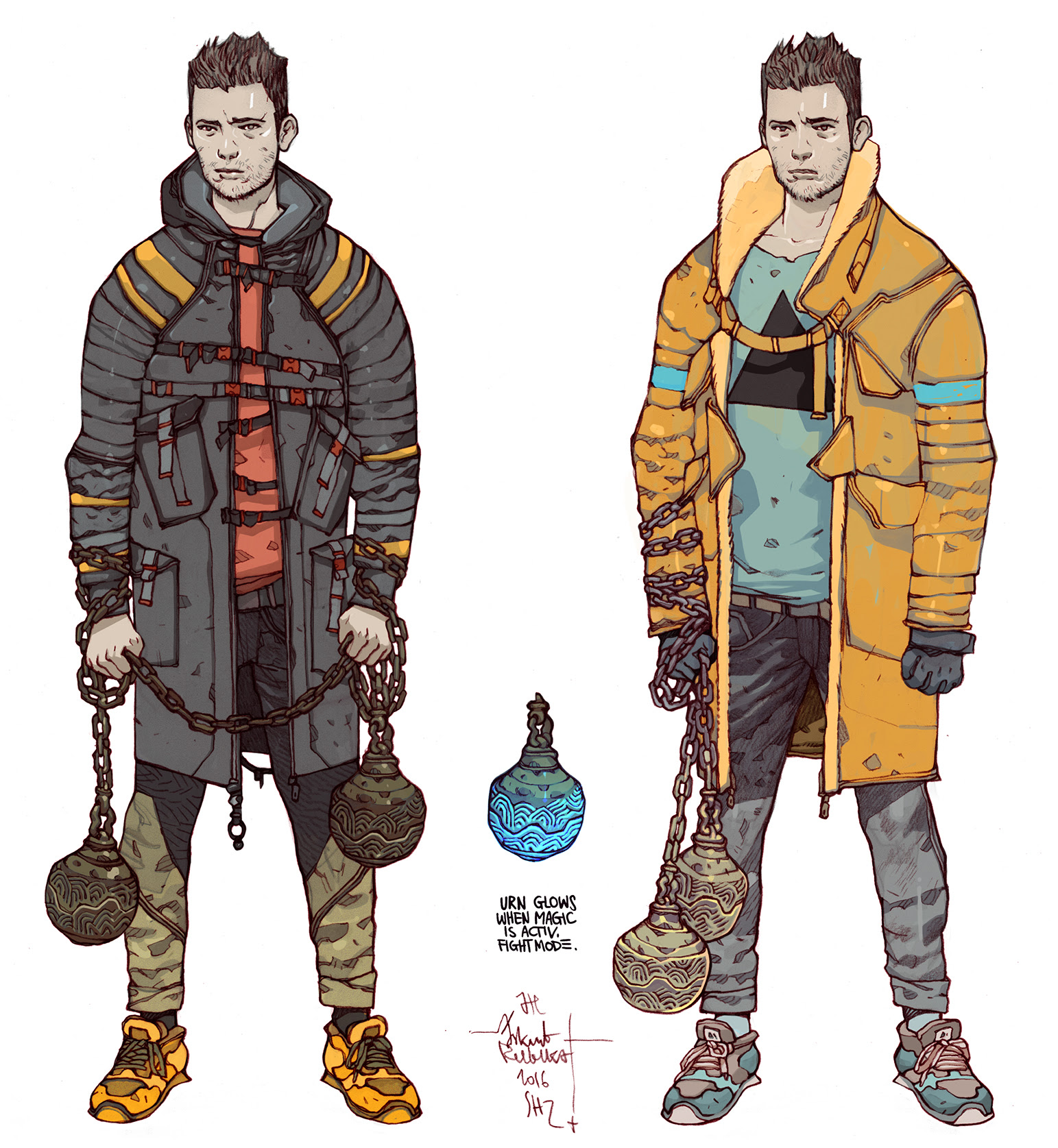