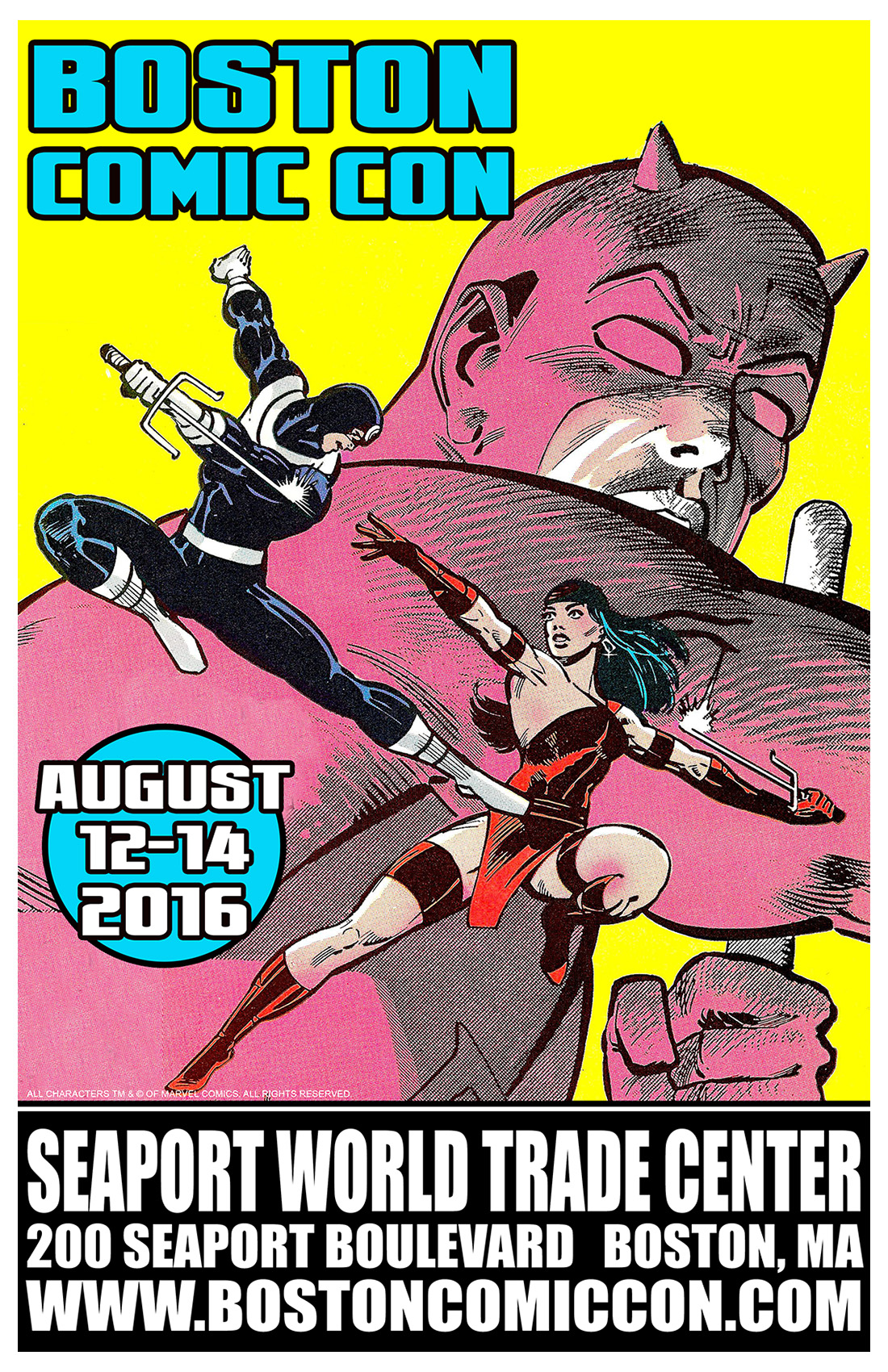 More than 90 of the world’s leading comic book artists and creators will appear at this year’s Boston Comic Con, taking place at the Seaport World Trade Center from August 12 through 14.  Joining legendary comic book creator Frank Miller for his only New England appearance in 2016 will be major comic writers and artists, including Brian Azzarello, Amanda Conner, Jimmy Palmiotti, and many more.

As New England’s largest annual comic book convention, Boston Comic Con focuses on bringing major comic book artists and writers to the region.  This year’s show will also include an appearance by Frank Miller, who wrote The Dark Knight Returns, Sin City, and 300, among other major works.  The event will also include an appearance by Brian Azzarello, who has written for Wonder Woman and is collaborating with Miller on The Dark Knight III: The Master Race.  Azzarello also wrote the screenplay for the animated film Batman: The Killing Joke, which features Mark Hamill and will be released on July 25th.

“The fans at Boston Comic Con are focused on the comics, that’s why they come to the show,” said Brian Azzarello.  “They want to talk to me and I want to talk to them. It’s nice to have an honest exchange with the fans there.”

“We are truly fortunate to have so many major comic book creators come to Boston Comic Con,” said Nick Kanieff, co-founder of Boston Comic Con. “Writers and artists are constantly telling us how much they enjoy coming to the show because our fans are knowledgeable and interested in talking with them.”