Sweet Christmas, the wait is finally over! Award-winning animator Genndy Tartakovsky (Dexter’s Laboratory, Samurai Jack, Hotel Transylvania) comes to Marvel to bring his long-awaited Luke Cage tale to life! Written by Tartakovsky with art by Tartakovsky & inker Stephen DeStefano, Marvel is pleased to announce the hard-hitting, action-packed CAGE! #1 is due to be published this October!

Welcome to the mean streets of New York City – shoes are big, bottoms are belled and crime is rampant! But in the heart of the city, the world’s hardest-working, smack-talking, chain-wearing, tiara-sporting super hero is hitting the streets hard and hitting the bad guys harder. This Hero for Hire is on the case, and his rates are reasonable! He’s Luke Cage, and he’ll save your behind. Dig it!

“Growing up with those [Power Man and Iron Fist] comics in the 70’s and 80’s I have a very strong fondness of that version of Power Man so my version is very rooted in that time, but I think it’s totally fun and feels new,” says Tartakovsky, in an interview with Birth.Movies.Death. “It was about making something entertaining with a character that I really liked. So I think it can appeal to young and old readers.”

At long last, the eagerly anticipated series returns! Be there when CAGE! #1 comes to comic shops and digital devices this October! 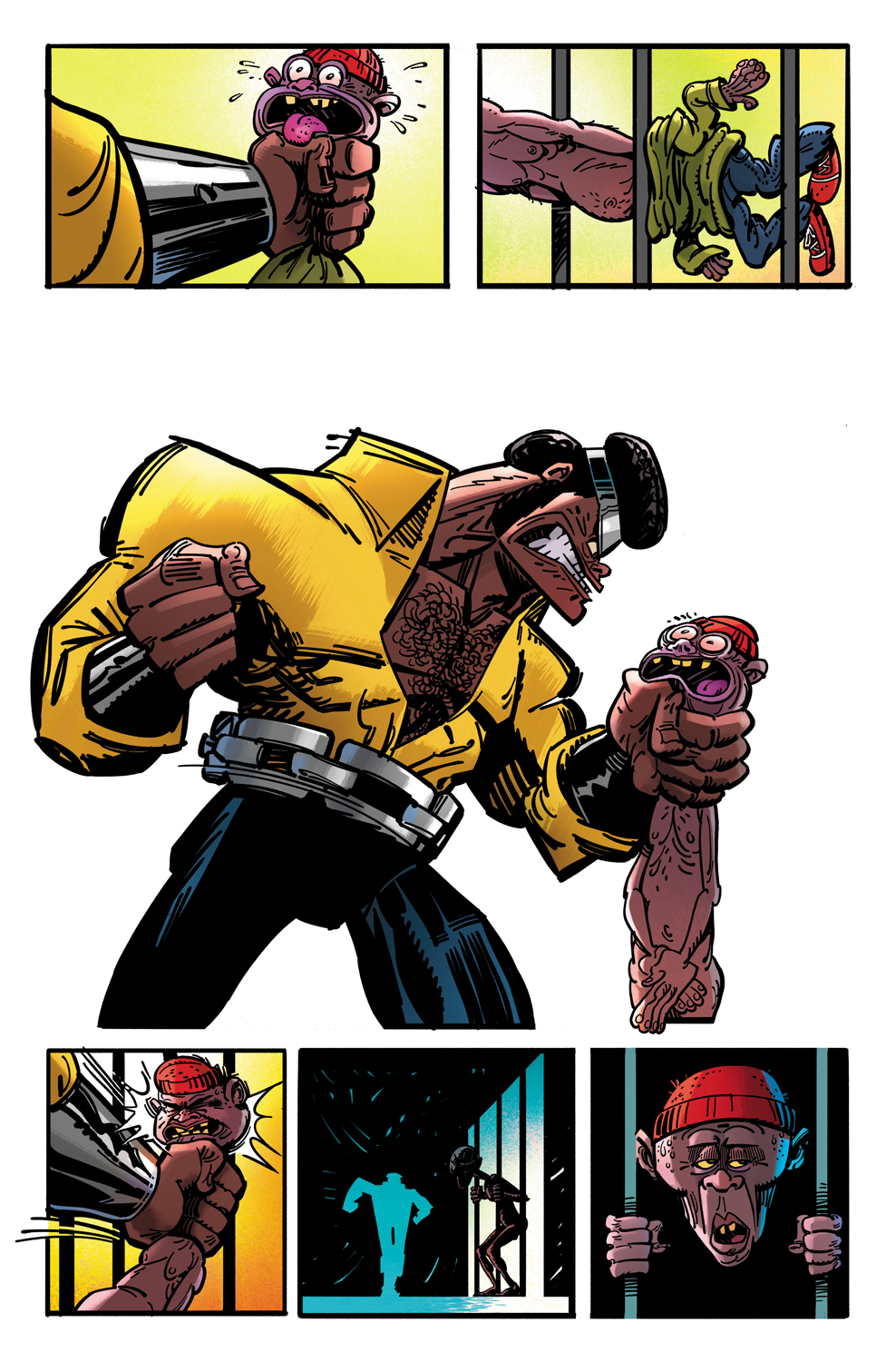