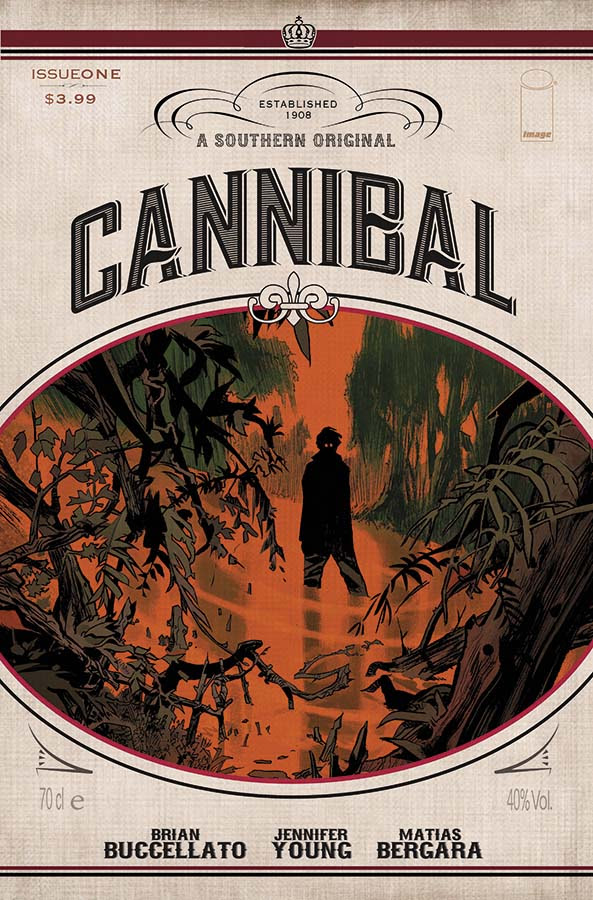 Image Comics is pleased to announce that New York Times bestselling author Brian Buccellato (SONS OF THE DEVIL, The Flash, Injustice), Jennifer Young, and artist Matias Bergara (Sons of Anarchy) are teaming up for a southern-gothic horror series set to launch this October.

In CANNIBAL #1 a small Everglades town is hit by a new virus that causes those it infects to crave human flesh. But with no cure in sight, the region has become split over what to do with the victims. For the Hansen family the answer is simple: kill them. However all of that changes when the virus infects those the family cares about most.

“It’s about a Florida town that is just trying to hold onto their everyday lives at the dawn of a cannibal epidemic,” said Young. “Told through the eyes of the Hansen family, it’s an anti-apocalypse story because mankind is too stubborn to give in. It’s a about family and community, and explores how people respond to the spread of deadly diseases.”

“These cannibals are just like us. They feel remorse and guilt and don’t want to eat people,” added Buccellato. “But the virus manifests as an insurmountable addiction that builds up until they can’t control themselves. After they feed and sate their hunger, they must face the guilt and ramifications of their actions. At it’s heart, it’s an allegory for drug addiction.”

Young continued: “In a world where your neighbor, your friend, your barber could suddenly try to eat you, this story is also about mankind’s resolve and deeply-ingrained desire to maintain the status quo—so deep that they will assimilate the idea of cannibals into their normal life.”

This is the second collaboration by Buccellato, Young, and Bergara, following the short story, “Jennifer” which appeared in SONS OF THE DEVIL, VOL. 1.