To be announced tomorrow officially, is solicitation information regarding the first issue of Mark Waid and Peter Krause’s final arc to their brilliant series, Insufferable.

Originally released digitally via Waid’s Thrillbent, Insufferable tells the story of what happens when you’re a crimefighter and your sidekick grows up to be an arrogant, ungrateful douchebag? What on Earth could draw the two of you back together again?

Series artist, Krause, also took some time to discuss the potential future of the series and his upcoming project. 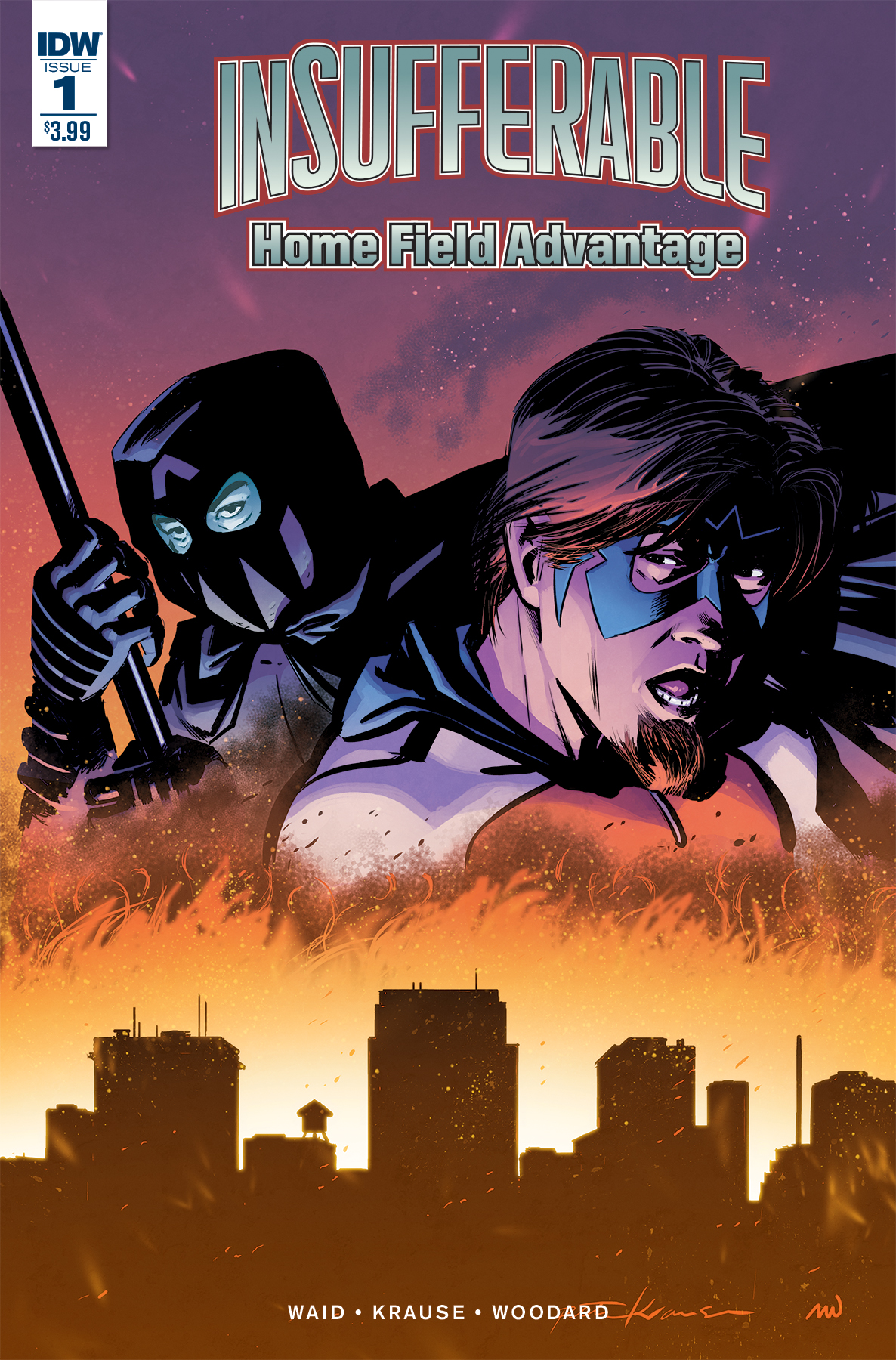 With their city under siege by an army of supervillains, only Nocturnus and Galahad can save the lives of millions–and they have no resources, no weapons, nothing but one another to depend on! Beginning the third and final arc of the INSUFFERABLE saga!

FOG!: Hey Peter!  Home Field Advantage is the final arc in your Insufferable run, which after being published digitally last year, is coming to print for the first time. Would you ever want to return to these characters or do you feel that the story you told is complete?

Peter Krause: I could see coming back to Nocturnus and Galahad in the future. Although the story of
Insufferable is complete, we’ve left a bit of the story dangling in case we return.

Our initial story was ostensibly about a father/son relationship, but I think it’s also Mark Waid’s comment on celebrity and social media. How we react to and not with each other. I could see future stories elaborating on this and other topics, such as aging.

Nocturnus–the father of the crime-fighting duo–is no spring chicken. What happens when his physical and mental capacities diminish? Does Galahad smoothly transition into the alpha male role? I think not! 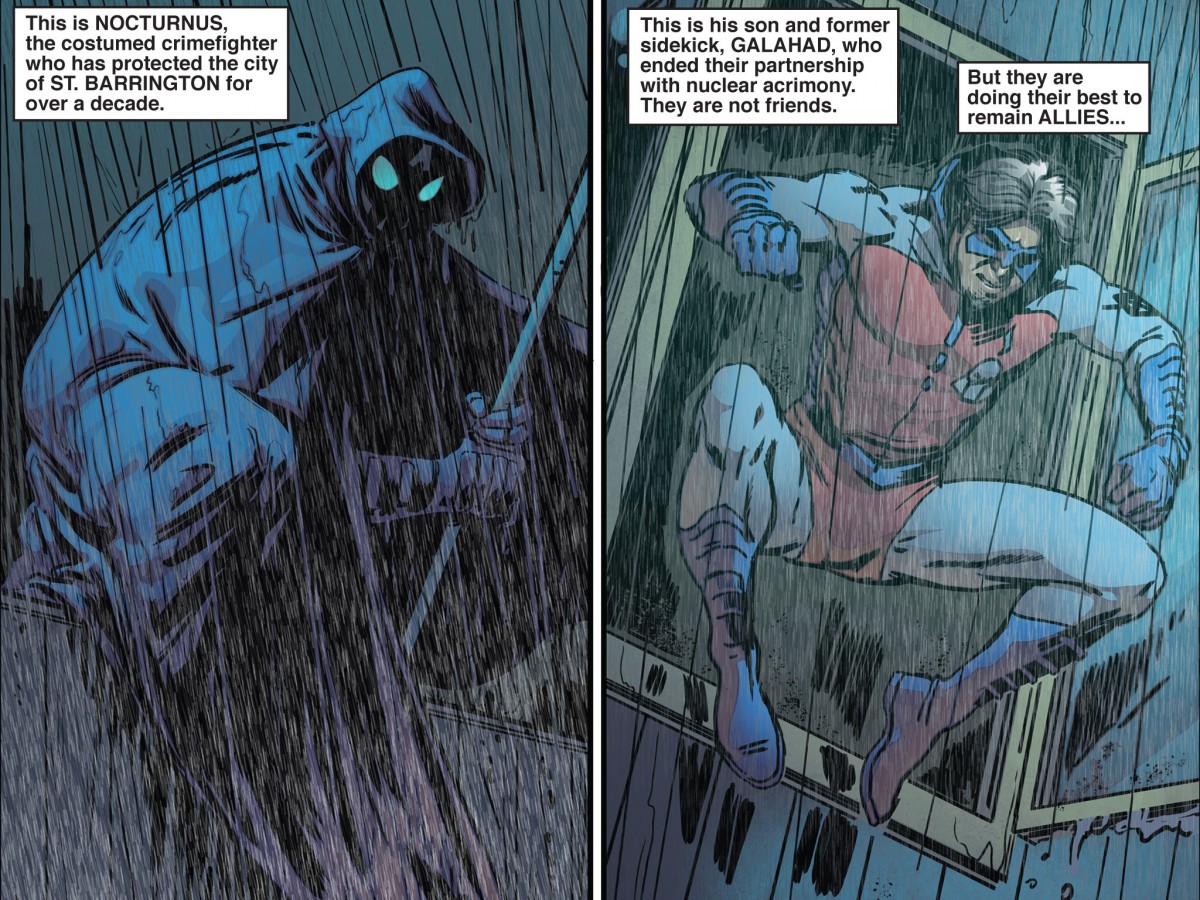 In addition to Insufferable, you and Mark Waid collaborated on Irredeemable for two dozen issues and you did a few issues of Daredevil with him. Why do you think you collaborate so well together?

Speaking of aging! Is it because we’re old?

Seriously, Mark and I do come from that similar past of buying Silver Age comics at the corner drugstore. His writing is obviously informed from those comics–but may I say with more depth and a real human spirit? And my visuals do harken to that era as well.

When illustrating for the web, which tends to present the narrative in single panels, how much thought or planning do you put in to make sure the pacing and layout works as a full page for the eventual print release?

When Mark and I first started working on  Insufferable, we were thinking about the eventual conversion to print. That hamstrung us. It didn’t take long before we just fully committed to taking advantage of the digital format. We didn’t consider the print format anymore.

That made the challenge of converting to print more daunting, but by playing around a bit with layouts it was workable. I’d be interested to hear from fans who have read both the IDW print editions and our original digital series on the Thrillbent site as to how the two compare.

I’ve spent the better part of the last year drawing a 100-page graphic novel. Just four more pages to draw! I can’t say a whole lot about it, but it’s not superheroes. Very noir. Wonderful script by a comic veteran and one of the best colorists in the business is doing the hues.

After that, we’ll see what’s next. Nothing definite, but I’m in discussions with a couple of publishers.

For comics, Saga and Southern Bastards. Anything by Brubaker and Phillips. Hellboy–happy for Mignola that he’s taking some time to pursue painting. I still need to catch up on the latest Daredevil and Black Widow. Also looking forward to reading The Sheriff of Babylon. It’s supposed to be great.

Seen a bunch of movies this year–I think Zootopia is still my favorite. Also loved Hail, Caesar!— anything the Coens do is worth watching.

As far as prose, just finished reading Before The Fall by Noah Hawley. Has one similar theme to Insufferable–how we build up our heroes and then tear them down.

Television-wise, I went through the whole first season of The Man In The High Castle. I slowly warmed toit and I’m looking forward to what’s ahead.

And I don’t have the time to play video games! I’ve barely scratched the surface of Skyrim, so that shows how far behind I am. 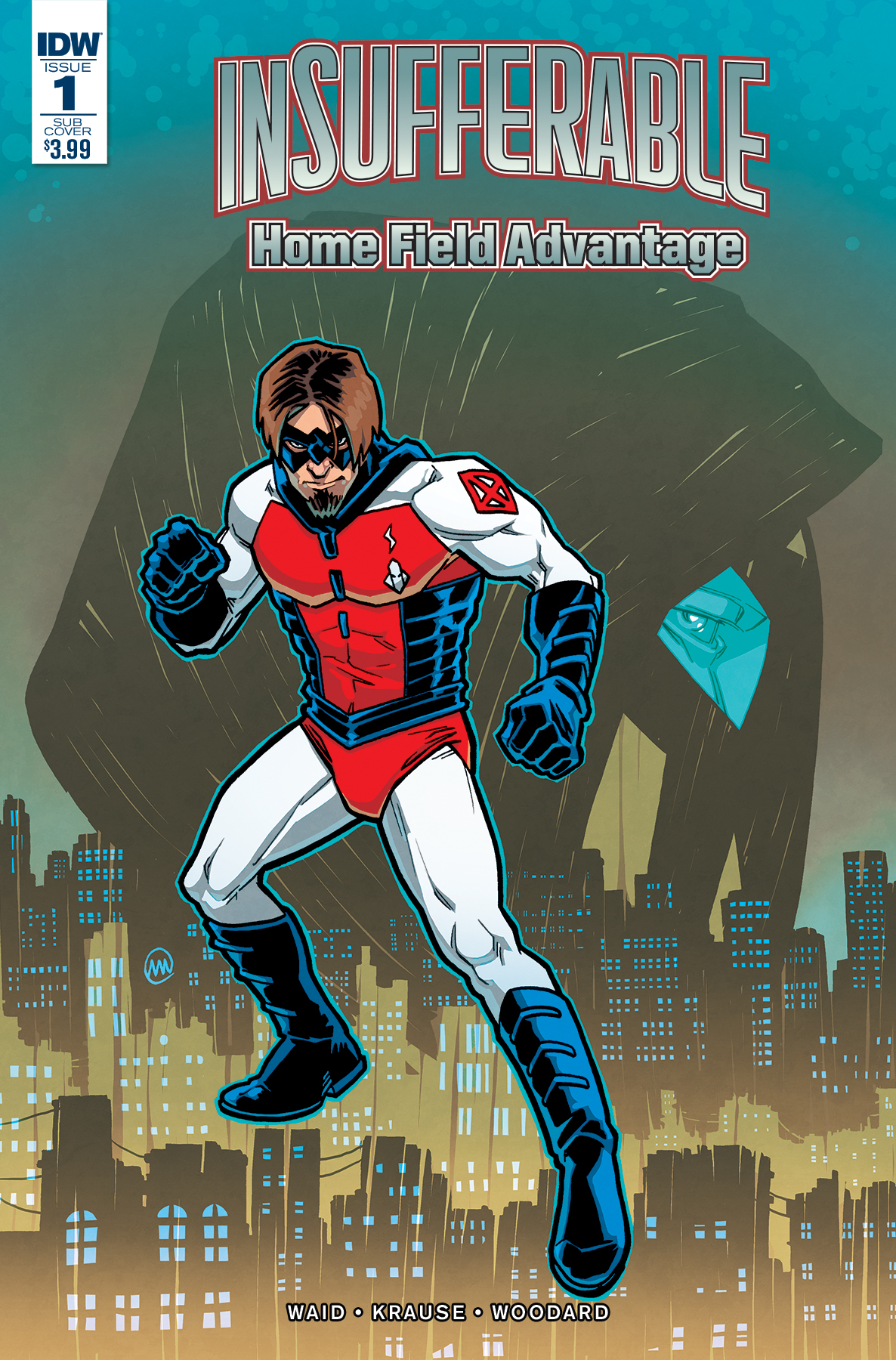