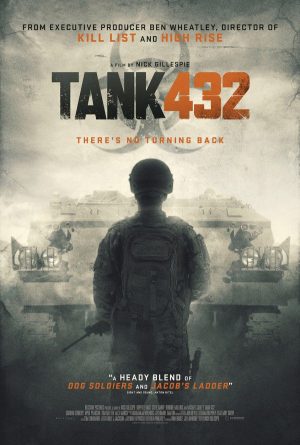 A few years ago I took a bit of heat for putting Ben Wheatley’s psychedelic, line mumbling, yet utterly brilliant take on the English Civil War, A Field In England, on my list for the top ten films of the year.

Wheatley and his collaborator, screenwriter Amy Jump, had been on a hell of a role with their narrative features from 2009’s Down Terrace to Kill List to Sightseers in 2011 and 2012 respectively, but I was still somewhat skeptical walking into A Field In England, given the ambitious task of encapsulating the struggle of such a wide conflict that Wheatley and Jump were trying to accomplish with a few actors and such a low budget.

The eventual product of their labor was a visually jarring, comedic, and experimental method of storytelling that was unmatched in creativity for any film released that year. Wheatley and Jump’s newest film, an adaptation of the dystopian, but still socially relevant J.G. Ballard novel, High Rise, will also most likely be on my best of list for the year, and like A Field In England, that choice will also most likely draw the irie of some of my reviewer and cineaste friends.

Simply put, I have credited Wheatley and Jump for having fine creative instincts as they are making film in a consciously high-minded way that may baffle people now but will most likely make more sense in a few years from now, which is one of the highest pieces of praise that I can bestow on any artist.

Now that I have extended my abundant praise for Ben Wheatley, my mind boggles as to just what possessed him to allow having his name attached as executive producer to Tank 432, a complete disaster of a film that his camera operator, Nick Gillespie has just directed as his second feature, which recently had its world premiere at the Fantasia International Film Festival.

Gillespie has operated a camera in all of Wheatley’s features (except for Down Terrace), and so I cannot exclude the possibility that Gillespie’s contributions to his executive producer’s previous directorial efforts may have lead to this decision. Perhaps there was also something of value in Gillespie’s other feature-length effort, 2015’s A Shadow Seamstress, which I admit to having not seen. Or perhaps a third option, which is too upsetting to imagine, is that Wheatley saw some some of homage to his own work because Tank 432 comes off as a poorly conceived, acted, scripted, edited, and therefore diluted version of Wheatley’s own A Field In England.

Like A Field In England, Gillespie’s film begins with a group of soldiers of unidentified allegiances who are thick in the middle of a retreat from battle. The pace is frenzied and scattered with what seems like intentionally garbled dialog to add to some foreboding doom that the soldiers may be feeling. I will write at this time that what salvages this same kind of confused construction in A Field In England is the ability to reference the goings on by using the specific historical framework of the English Civil War, instead of an even more confusing and banal idea of supplanting one war with various conflicts over eras into one overarching statement about “war being a bad thing, so don’t do that,” as Gillespie so amateurishly does here.

Our soldiers bring on their retreat, two pieces of “cargo” in the form of hooded, clad in orange, Guantanamo Bay-styled prisoners who are tied up in western-era lassos. The chemical refinery that our wounded cast descend on for cover is doused in an Agent Orange-looking power that makes the soldiers vomit profusely, which our fierce warriors just shake off as minor problem even though their reaction is similar to the sickness that Vietnam veterans and civilians who came in contact with the chemical still suffer from to this day. Soon a spectre enemy of unknown origin will approach the team, and they will find refuge in the place that will become location of two-thirds of the narrative: a still operational troop carrier tank that will be the stage for the remainder of the film’s further ode or should I say “bootlick” to Wheatley via a tritley executed psychedelic light show.

Tritely, because you would think that given Gillespie’s skill as a camera operator that the saving grace of Tank 432 would be the visuals, but even the visual style amounts to very little in terms of creativity and purpose. You get the numerous and monotonous tight focus shots of hypodermic needles filling with blood while distributing morphine, which seemed ripped directly from cinematographer, Matthew Libatique’s expertly shot and now iconic drug abuse scenes in Darren Aronofsky’s 2000 film, Requiem for a Dream. Bodies writhe and violently shake from PTSD like those of the Vietnam veterans do in Adrian Lyne’s criminally overrated horror film, Jacob’s Ladder.

As for clever dialog, well, the soldiers in Tank 432 do of course say “fuck” more times in a minute than a thousand low-rent party clowns in giant shoes falling down a long flight of stairs would say in a week. Gillespie’s protagonists also say all of the “gritty,” tongue-in-cheek phrases that soldiers usually say in other contemporary war films like the witty gem, “We’re sticking out here like a turd on a pool table,” which seems to be ripped right out of the mouths of any of the doomed bivouacking army men in Neil Marshall’s infinitely superior low budget horror film, Dog Soldiers. Sadly and irritatingly, Gillespie’s dialog packs the same comedic punch contained in any repeat viewing of an episode of the 1960s sitcom McHale’s Navy, a now forgotten show about the exploits of the portly, but lovable, Captain McHale and his merry band of loveable burlesque-era reject actors.

In the end, Tank 432 just becomes another collection of tired, borrowed ideas disguised as an homage that does nothing more than emphasizes the strong merits of the works that Gillespie vampirizes here. I again have to wonder: what could’ve been done by Wheatley to right this ship during production in order to get this mess into a place where it could be an even barely tolerable watch? For his executive producer credit, did Wheatley bother to check in on his longtime collaborator to tell him that writing a script requires more than knowing about other films within the genre, or did Ben just show up few times on set to give Gillespie moral support while turning a blind eye to the poorly thrown together mess before him? I only hope that the backlash from Tank 432 reaches Mr. Wheatley’s ear and makes him cautious before adding his name to future projects.

It is never my goal to put down a young filmmaker, but Tank 432 is even more horrendously inept than I could ever describe in this review.

Tank 432 will screen at the Fantasia International Film Festival in Montreal  July 26th at 3:15pm, at the J.A. De Seve Theatre.