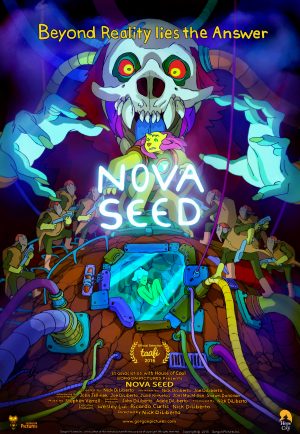 Sometimes knowing the production backstory of a film can cloud your judgement and such was the case for me with Richard Linklater’s 2014 film, Boyhood.

To be candid, I have always found the Texas-born director’s films to be the book definition of “hit or miss” for me, but even though I had no hard expectations for his work, it was still difficult for me to not get excited for a movie that took twelve years to produce and utilized the same actors throughout the filming.

As hard as I tried, I could not dismiss the thought while watching Boyhood that what I was seeing was such a labor-intensive process, and perhaps the knowledge of that fact did inspire my hatred for the film even more than it would’ve had I not known the backstory.

I found the performances of Ellar Coltrane and Lorelei Linklater decent enough during early portions of the film, but as the two children began to grow up during filming, their inabilities as actors against the professional talent of Ethan Hawke and Patricia Arquette were too glaring and awkward to dismiss, and by the second hour of Boyhood, the experience became unpleasant for me. I could also get into the issues I had with the whitewashing of the normally Hispanic areas where our pristine white family from Boyhood live in the film, but I’ll save that for another time.

It is safe to say that since the release of Linklater’s film, I have been careful to avoid reading any production notes before watching a movie, which makes my review of Nick DiLiberto’s 64 minute long 2D animated film, Nova Seed, as unbiased as possible, which I feel is important because after I viewed the film, I found out that, (here comes the backstory spoiler) this animated science-fiction movie was entirely written, directed, and hand animated by one man, Nick DiLiberto himself.

It almost seems too hard to believe that one man could animate a full-length film as impressive as Nova Seed, a film that could easily fit into the catalog of Canadian-based Nelvana Limited animated film work prior to 3-D animation coming into vogue.  Again, without knowing anything about DiLiberto’s Canadian background, you could see elements in Nova Seed hearken back to the classic Nelvana style seen in films like Heavy Metal and Rock N Rule, movies that were near and dear to my heart during the 1980s when I was, as most boys of my generation, a rock and fantasy obsessed pop-rock eating machine. Besides the look of Nova Seed, the premise, complete with Live-Aid era earth-saving do-gooders, also seems to be an homage to 1980s 2-D animated films and television shows. 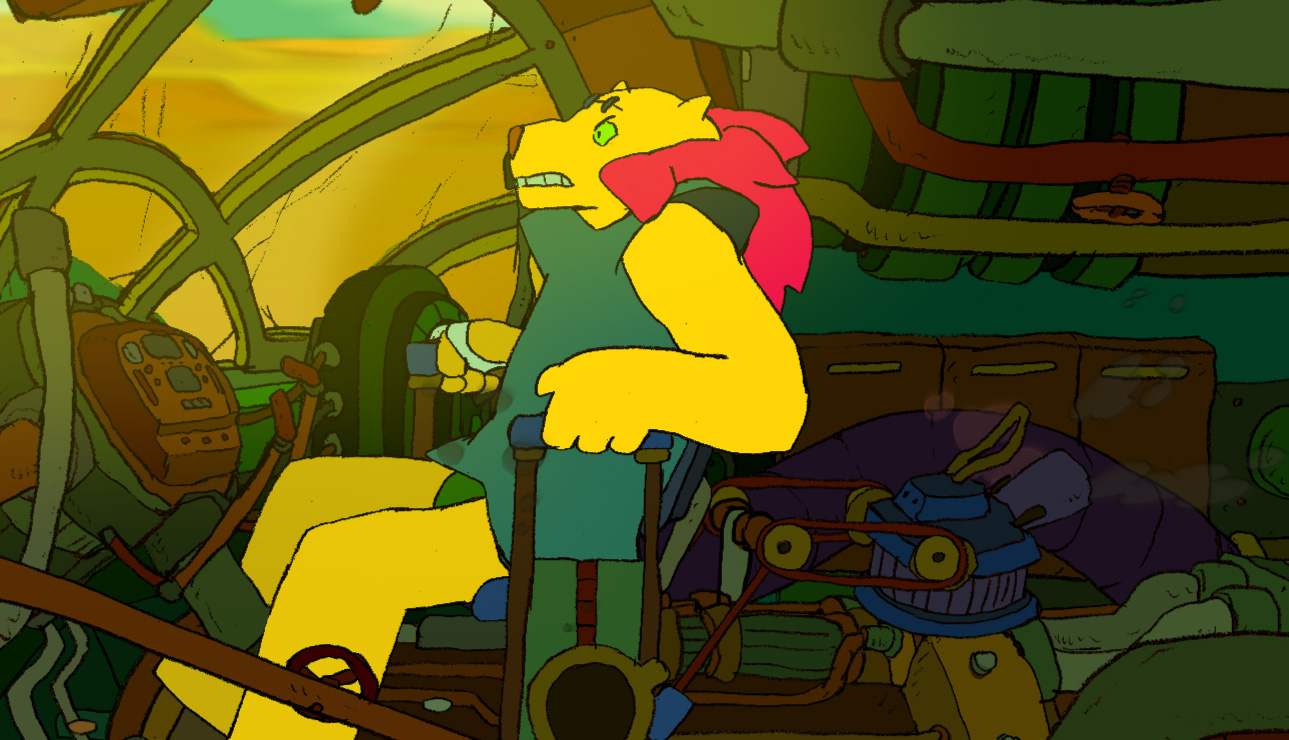 We open Nova Seed with a scene of gladiatorial combat, which is always a good indicator that the society where the film is set is on the downslide in terms of evolution and humanity. A fierce human warrior is in the ring against what looks like some sort of giant green sandworm monster, but after a valiant fight, he is beheaded and de-boned by the beast. Soon, another warrior is thrust into the coliseum in the form of a lion-man or NAC (neo-animal combatant), who is victorious against his royally selected nemesis.

The NAC is then off to find the “Nova Seed,” a being similar to the Loc-Nar in the 1981 film, Heavy Metal, in that it possesses the potential of great evil or good depending on who is controlling it. In Nova Seed, the titular being can either be a restorative or degenerative force of the ecosystem of the environmentally ravaged planet.  At the beginning, the Nova Seed is held by the evil He-Man-esque Dr. Mindskull, who like our NAC, understands the importance and immense power of this supernatural creature. The “Nova Seed” is rescued by NAC, but Mindskull will stop at nothing to get the mystical creature back so that he can carry out his fiendish plot to destroy the world. 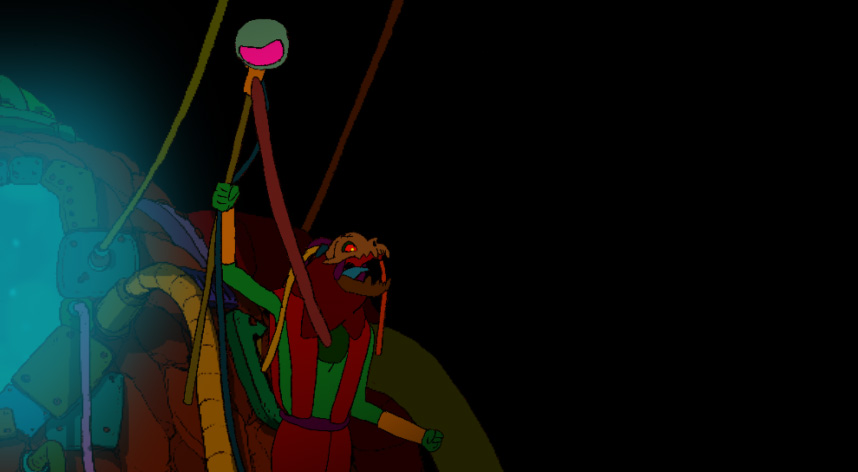 The wrath of the nostalgically evil Dr. Mindskull

The action scenes of Nova Seed are clever and nicely strung together, and with these scenes go the pace of the film, which is fast, but not so fast as to bury the plot by favoring action over characters and thus ruining the heart of the film’s message of corporate co-opting of the environment. There aren’t too many small budget, full-length animated films that have this level of ambition, and Nova Seed does a fine job with its ambitions in terms of narrative structure and visuals.

The only inconsistencies in the film come from the voice acting, which underwhelmed me as they seemed fairly out of place and lacked professionalism as compared with the other successful elements of Nova Seed. The score by Stephen Verrall fits most of the film, though I would seriously consider taking out the song that rolls during the credits as it is way too  descriptive of the plot and sentimental for this kind of narrative, but these are only small criticisms of elements that could be improved on before the film is finally ready for general distribution after Nova Seed’s festival run.

I had a few days to ruminate on Nova Seed before writing this review, and I was able to jot down as many thoughts about the film before finding out about its remarkable production. I will say had I just stumbled upon Nova Seed without any knowledge of the film, I would see it as a fitting homage to the animated fantasy/sci-fi films and television shows of my youth and would gladly recommend it, especially to those who look back on that era of animation with the same giddy joy as I do. Alternately, as I am now armed with the knowledge of the singular vision and execution of Nova Seed by Nick DiLiberto, I am in bewildered awe of what I have seen and hope that this leads our director to better funding and perhaps a few other artists who can help him make his next project come true.