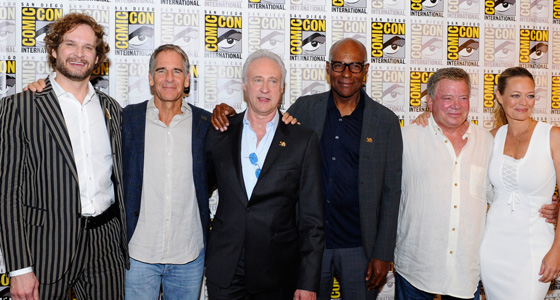 On Sunday, Comic-Con fans were worked into a frenzy with the Star Trek 50th Anniversary panel. In addition to information on the new show, Star Trek: Discovery, longtime fans were given the opportunity to share a moment to cast members from different “Treks” to share their experiences. 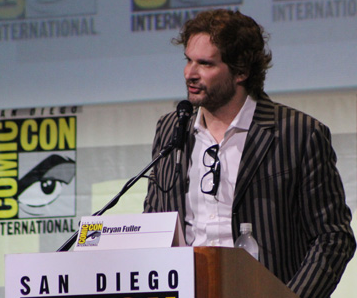 As far as Discovery, Fuller was stoked for the latest chapter in the Star Trek opus, but was  careful to not give away too much info.

“It’s in the Prime timeline, but I don’t think we are supposed to say yet because there are so many new things about this series that we are trying to step out of the information that we give,” said Fuller. “There are a lot of new and exciting things we are doing with this show. We want to tease you. That’s the first tease: the title and the ship.”

There is no double that the impact of Star Trek is far reaching. It’s significance is felt beyond just the mere television industry.

For 50 years, the show has touched upon the science community, it helped inspire those who fought for civil rights and it gave people stretch goals for the future. For five decades, Star Trek changed the lives on not only fans, but inspired many in ways that seem unfathomable. 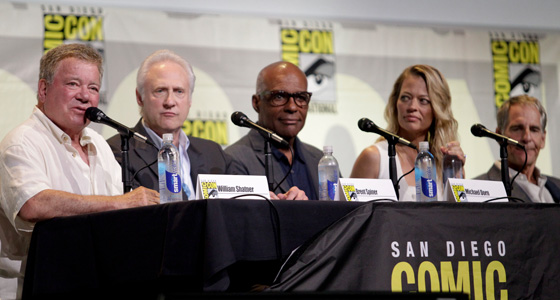 During the intimate press panel, Shatner talked about the far reaching influence of the show and how it changed society.

“I do a show called the The Truth Is In the Stars. I interview people in the science community, and it culminated with Stephen Hawking. I met some of the most remarkable people who are alive today that are driving our lives with the information and discovery they make. These are things that are affecting our lives completely. The line of this show is, ‘How did Star Trek affect you?’ All these people were affected by Star Trek.

“It was a television series that we did. It’s a lot of fiction. But at the same time, science fiction is mythology, and it tries to tackle those things that we can’t explain. The Greeks picked up these large bones and thought of them as giants. We now know that they were dinosaur bones. But they thought it was giants, and they invented a whole new mythology about the giants…

“So for 50 years, this weird television show over various generations had expanded to affect a great deal of our culture.

“I recall Stephen Hawking’s statement when he walked into the steps of Star Trek and he saw the cheesy boards painted to look like dilithium crystals. It’s a device to let us cover the vast distances of space. Yet, Stephen Hawking said, ‘I’m working on that.’”

Others on the panel also looked at the sci-fier as a beacon of hope, a positive message for those who need it.

“The state of this country right now terrifies me and saddens me, and I feel like we need something like Star Trek to remind us that collectively as the human race we can get our shit together and build a better future,” said Fuller.

“I’m astounded by anything surviving on television for 50 years,” said Bakula. “It’s show has a collective conscience that has expanded the minds of many.”

“Star Trek is just the most amazing phenomenon,” agreed Spiner. “Because anything that has gone on for 50 years you have to take seriously. There are some people who think Star Trek is practically a religion, others who think it is silly. It’s somehow all of those things combined, and that’s what makes it wonderful.”

“It is just so positive, and we need that now, just so desperately,” said Ryan. “It’s about embracing everyone…the message was always inclusion.” 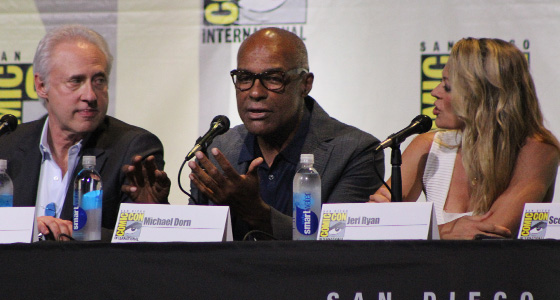 “It’s very interesting, I always thought Star Trek was the great television. Science fiction back in the day was doing stuff that was very groundbreaking. Out of that, you can see that Star Trek was leading the way. It had this new voice that really embraced the ‘60s,” said Dorn. “It was saying, ‘It doesn’t have to be this way. It doesn’t have to be the way it was before, like it was for my parents. This is something new.’” 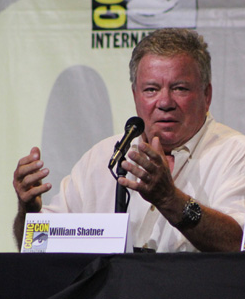 At the end of the panel, Shatner took a moment to honor a good friend who was essential to the show and was deeply missed: Leonard Nimoy.

“It was a friendship that lasted over 50 years,” recalled Shatner. “Actor families disperse over the years….you can really love that person, but because of life in the way, you lose track. But with Leonard, I was thrown into this company often because of conventions like this, and press, and moves, so we had a lot to do with each other…

“He was the brother I never had, as we used to say to each other. He was my brother.”